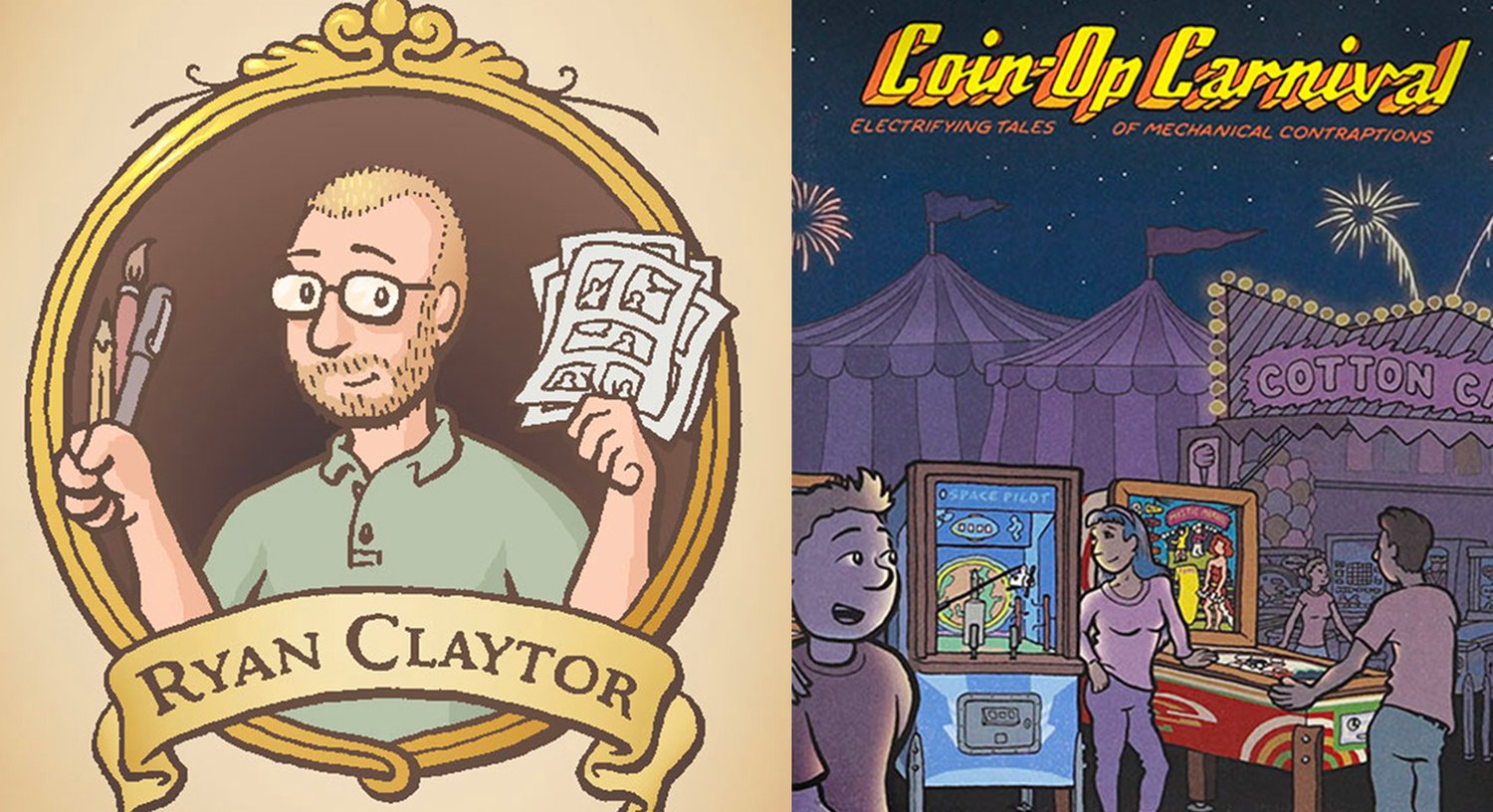 Do the flashing lights and buzzing circuitry of pinball machines scratch your nostalgia itch? Do you find yourself being pushed out the door of Pinball Pete’s at 3 a.m. because you’re too close to the high score to willingly quit?

If you answered yes to these questions — or even “um, maybe” — Michigan State University’s resident comic expert Ryan Claytor’s new project “Coin-Op Carnival” is tailor-made for you.

“Coin-Op Carnival” begins with the self-insert version of the co-authors gushing over their mutual love of pinball machines. The conversation depicted in this brief comic obviously mirrors the real life conversations that were likely had by Claytor and Baldridge, as they are both self-described pinball geeks.

“Wayne started working in the coin-operated amusement industry when he was still in high school. Even before he got out of high school, he created patents that companies like General Electric purchased from him,” Claytor said.

During his time with pinball manufacturer Gottlieb, Neyens became legendary for consistently operating at a dizzying pace that was rarely matched by his competition.

Once Neyens’ story wraps, readers are treated to the portion of “Coin-Op Carnival” that is an unabashed pinball fanzine. Baldridge reviews a ‘50s pinball machine designed by Neyens, “Mystic Marvel,” and Claytor reviews a late-‘60s release, “Space Pilot.”

Even if you don’t consider yourself a pinball maniac, there’s a good chance you’ll find enjoy these reviews.

For those interested in how pinball machines actually function, “Coin-Op Carnival” covers that ground as well. Baldridge devotes a handful of pages to explain the electrical relay process that makes pinball possible. Simple, colorful diagrams illustrated by Claytor join the history and break down of this electrical process.

To celebrate the book’s release — the first of four planned issues — Claytor and crew are hosting a party at Abrams Planetarium. And what will make this an event to remember? The contributions from all-time pinball mastermind Neyens. Claytor was afforded access to Neyens’ home as part of his work on “Coin-Op Carnival” and was able to capture 3-D footage of Neyen’s home and collection. Attendees will get an intimate look at one of the most fascinating American pinball creators and his collections.

“This is projected on the planetarium dome. You’ll feel like you’re in Wayne’s office, like you’re in his garage,” Claytor said. “This is an experience that not many people will get to have."