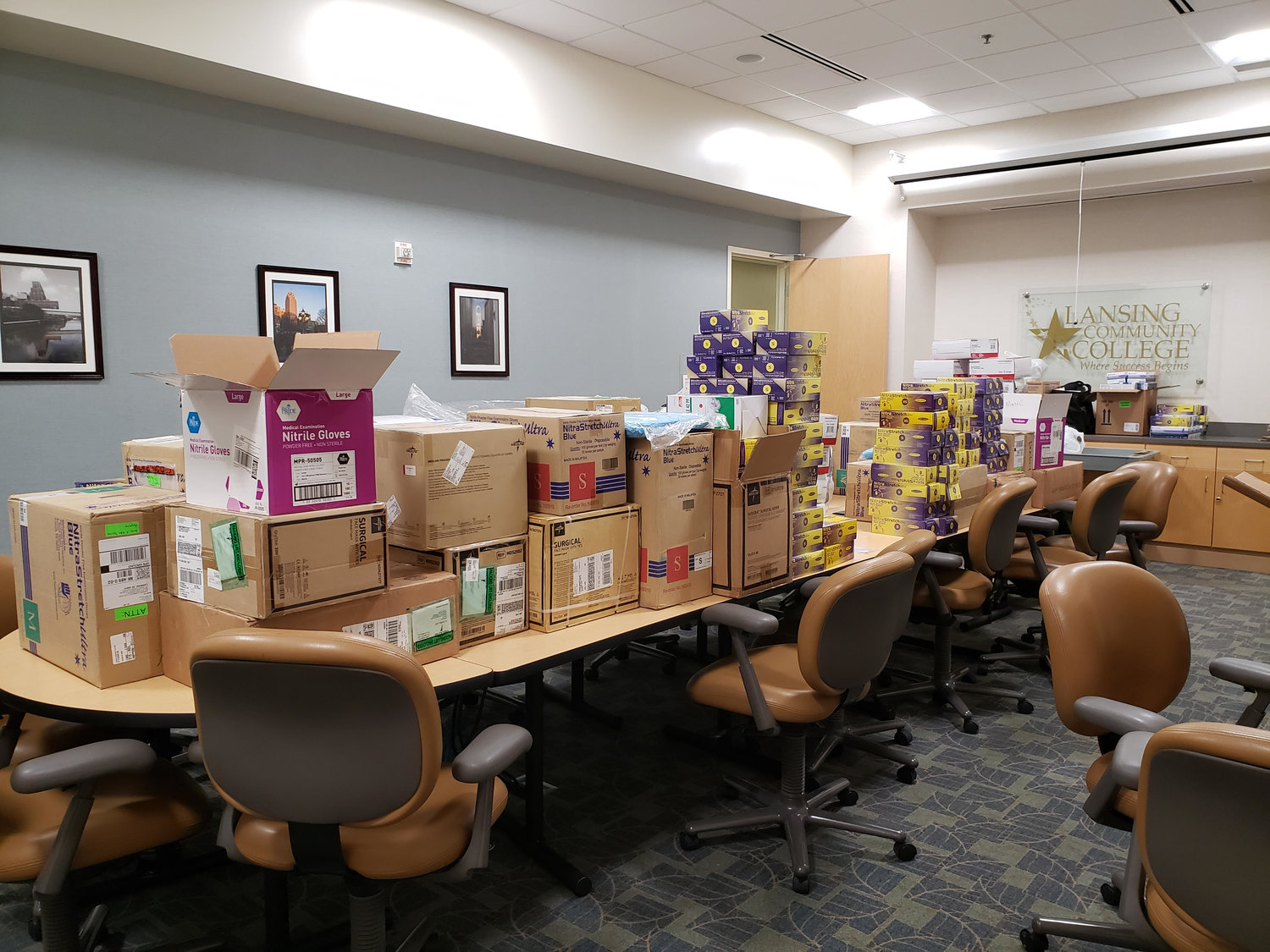 FRIDAY, March 27 — At least one Lansing native has died from coronavirus as the number of COVID-19 cases detected in Michigan climbed to nearly 3,700 today, with at least 92 deaths.

Kious Kelly, a health care worker from Lansing that was working at a hospital in New York City reportedly died from COVID-19 on Tuesday after he got sick two weeks ago, reports the Associated Press. Hospital officials wouldn’t confirm the cause of Kelly’s death this week.

And the number of COVID-19 cases reported in Michigan jumped to 3,657 today, including at least 92 dead and at least 42 cases in Ingham, Clinton and Eaton counties. Ingham County also tracked its first death today; It’s unclear if that tally includes Kelly.

Of those infected in Michigan, 51% are men and 20% are between 60-69 years old, according to updated state statistics. The vast majority of cases continue to be detected in southeastern Michigan, including Oakland and Wayne counties and the city of Detroit.

The U.S. Centers for Disease Control and Prevention, as of this afternoon, listed a total of 83,356 cases of COVID-19 and 1,246 deaths in the U.S. The New York Times database, also as of late last night, listed at least 93,568 confirmed cases and at least 1,433 deaths nationwide.

The recent surge of COVID-19 cases in Michigan, now the state with the fifth-highest number of cases in the U.S., led the country to surpass China and Italy yesterday evening in having identified more cases of coronavirus than any other country to date.

Amid the pandemic, Whitmer is hoping that a major disaster declaration in Michigan will ramp up federal funding and help provide assistance to local residents as the virus spreads.

In a live address yesterday morning, Whitmer urged the federal government to bolster supplies of medical equipment and provide other types of cash assistance for struggling Michiganders.

A federal major disaster declaration — like in other states — would help Michigan provide meals, rental assistance, therapy and other resources while enabling hospitals to expand capacity to temporary “field hospitals” and other COVID-19 treatment facilities, she said.

President Donald Trump shot back last night, saying that he is weighing a disaster declaration for Michigan but “it’s not been pleasant” dealing with Whitmer, reports the Detroit Free Press.

Hospitals are bracing for impact.

Whitmer yesterday suggested the apex of the COVID-19 pandemic is “probably a few weeks out” in Michigan, noting the level of transmission depends largely on whether residents stay home. But in southeast Michigan, those constant fears are edging closer and closer to reality.

U.S. Rep. Elissa Slotkin, D-Holly, said today hospitals in Lansing will see an increased demand for medical supplies over the next week as many hospitals outside of southeastern Michigan set aside 10% of their beds to help manage the influx of patients.

Larger venues like convention centers, dorms and hotels are being eyed for potential overflow.

Some medical staff aren't sleeping at home anymore or setting up apartments in their garages to reduce contact, according to detailed accounts published yesterday in the Detroit Free Press.

State officials are asking some medical facilities outside of southeast Michigan to serve as “relief hospitals” to balance the load amid overflowing emergency rooms and intensive care units — including some larger health care systems in mid-Michigan and on the west side of the state.

Lansing health care leaders said they are prepared for a patient influx, but one central Michigan health system administrator expressed some concern about moving patients and burdening smaller hospitals that are staffed to serve rural areas, reports the Lansing State Journal.

Sparrow Hospital in Lansing is “continually assessing” its capacity to meet those needs, officials said. Officials there otherwise declined to comment further to City Pulse. Calls to McLaren were not returned. The dearth of information about local health care providers is concerning.

A statewide order issued this week demands all COVID-19 testing facilities in Michigan — including local hospitals — to report to the Michigan Department of Health and Human Services with test results, deaths reports, capacity updates and notices of staffing shortages.  The goal: Collect as much data as possible to support the state’s response to the pandemic.

A recent executive order from Whitmer also allows pharmacists to dispense emergency prescription refills for up to 60 days’ worth of supply and requires insurers to cover them. The order doesn’t apply to controlled substances and gives pharmacists some level of discretion.

The City of Detroit also launched its new, drive-thru COVID-19 testing site at the former Michigan State Fairgrounds today as the city emerges as the state’s epicenter for the disease, reports the Detroit News. Only those with a doctor’s permission, however, can be tested.

A shipment of over 225,000 surgical masks that were initially thought to be missing also arrived in Michigan yesterday to aid the response to COVID-19, reports the Detroit News.

As Whitmer announced a statewide lockdown through her “Stay Safe, Stay Home” executive order, she warned that without more aggressive transmission control, up to 70% of Michigan — nearly 7 million people — could contract the disease in the coming weeks, much like Italy.

Schor said all donations made during the ongoing “virtual telethon” will provide financial help for things like childcare, groceries, utilities, rent, mortgage assistance and other basic needs. Donations can be made at the United Way website or by texting ONELANSING to 41444.

The city of Lansing today extended its income tax filing deadline to July 31. Payments can still be made in person at the City Hall dropbox, by mail, on the phone at 1-855-474-4076 or online at lansingmi.gov/onlinepayment. Call 517-483-4115 for other income tax information.

As of today, more than 315 Lansing businesses had applied for only 60 available $10,000 grants being distributed next month by the Lansing Area Economic Partnership, reports the Lansing State Journal. Applications are accepted through Tuesday at purelansing.com/businessrelief.

The Lansing Regional Chamber of Commerce is also setting up weekly calls with local businesses to discuss COVID-19 and its economic impact on the region. Email tdaman@lansingchamber.org for more details or to participate in the new weekly calls.

As of yesterday, a total of 17 law enforcement employees across Jackson County — two from the Sheriff’s office — are in self-quarantine after potential COVID-19 exposure, reports MLive.

The Lansing State Journal reports claims spiked 211% in Ingham, among mid-Michigan counties, with 5,219 people filing for unemployment last week, up from 1,680 the week prior.

The first member of the Michigan Legislature — State Rep. Tyrone Carter, D-Detroit — announced that he tested positive for COVID-19 yesterday, reports the Detroit Free Press. He remains in good spirits and appears on the path to recovery, according to a news release.

Ford, Fiat Chrysler, Honda and Toyota took steps yesterday to restart factories that had been closed to protect workers, announcing that North American plants would reopen and begin production in early or mid-April, according to reports in the Detroit Free Press.

Meanwhile, General Motors Co. slashed its salaried workforces’ pay by 20% for up to six months with plans to pay back the cuts with interest in several months, reports the Detroit News. At least 300 top executives, including its CEO, have also deferred portions of salaries.

And as of earlier today, more than 1,000 gallons of hand sanitizer had been produced at New Holland Brewing Co. and delivered to health care and emergency service providers and more.

Canada Prime Minister Justin Trudeau warned the Trump administration yesterday that proposals to put troops at the U.S.-Canada border are unnecessary and would damage relations, reports the Associated Press. U.S. officials have since called off plans to do so.

The House is gave final approval this afternoon to a massive, $2 trillion economic rescue bill that includes direct payments to most Americans, expanded unemployment benefits and a $367 billion program for small business, according to recent reports in the Detroit News.

Michigan Attorney General Dana Nessel urged residents to be cautious of bad actors aiming to coerce them out of their personal information amid a new federal stimulus payment scam.

A woman at a Michigan prison also tested positive for COVID-19 today, bringing the number of state prisoners testing positive to 24, reports the Detroit Free Press.