The long road to opening Veg-Head in downtown Lansing 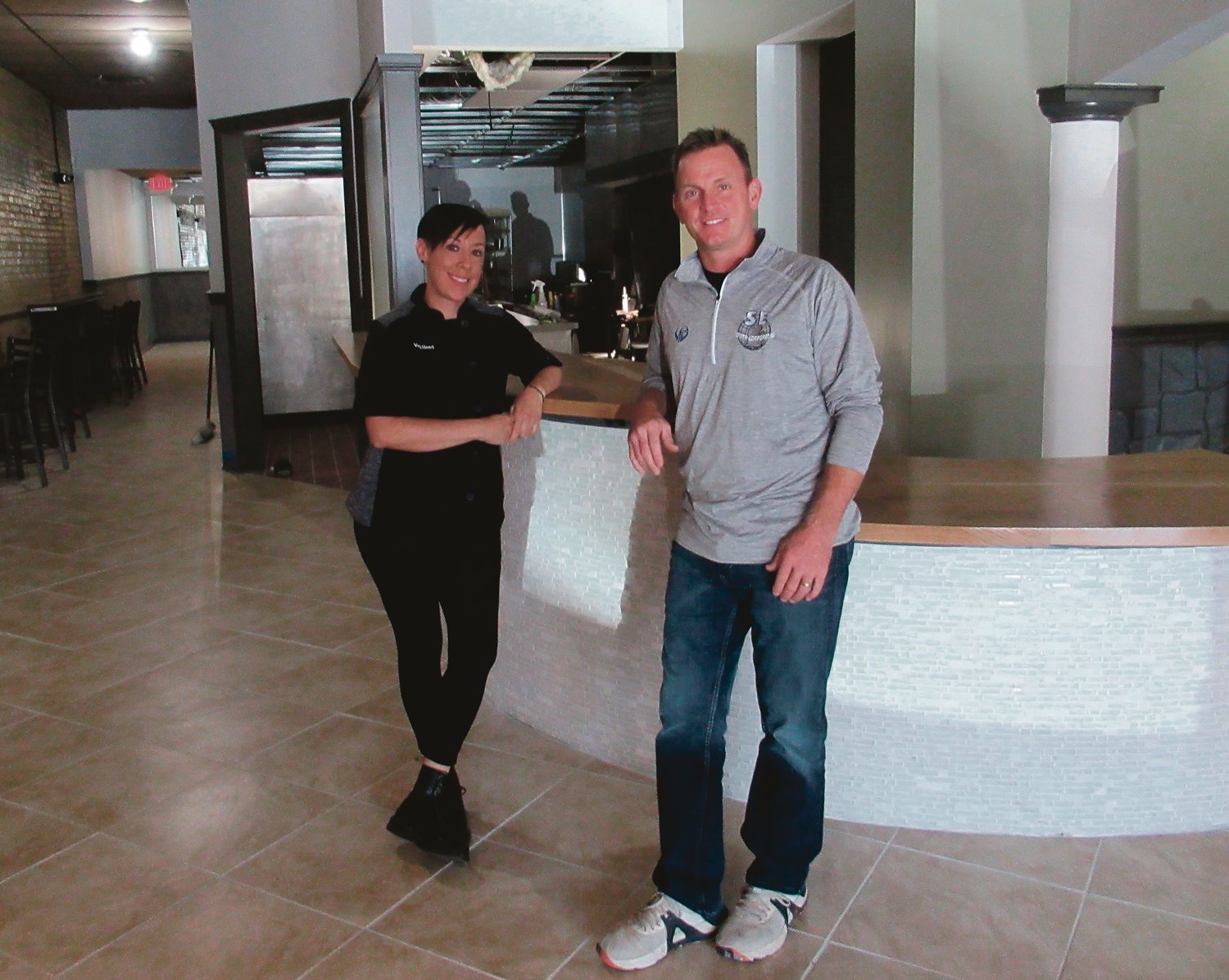 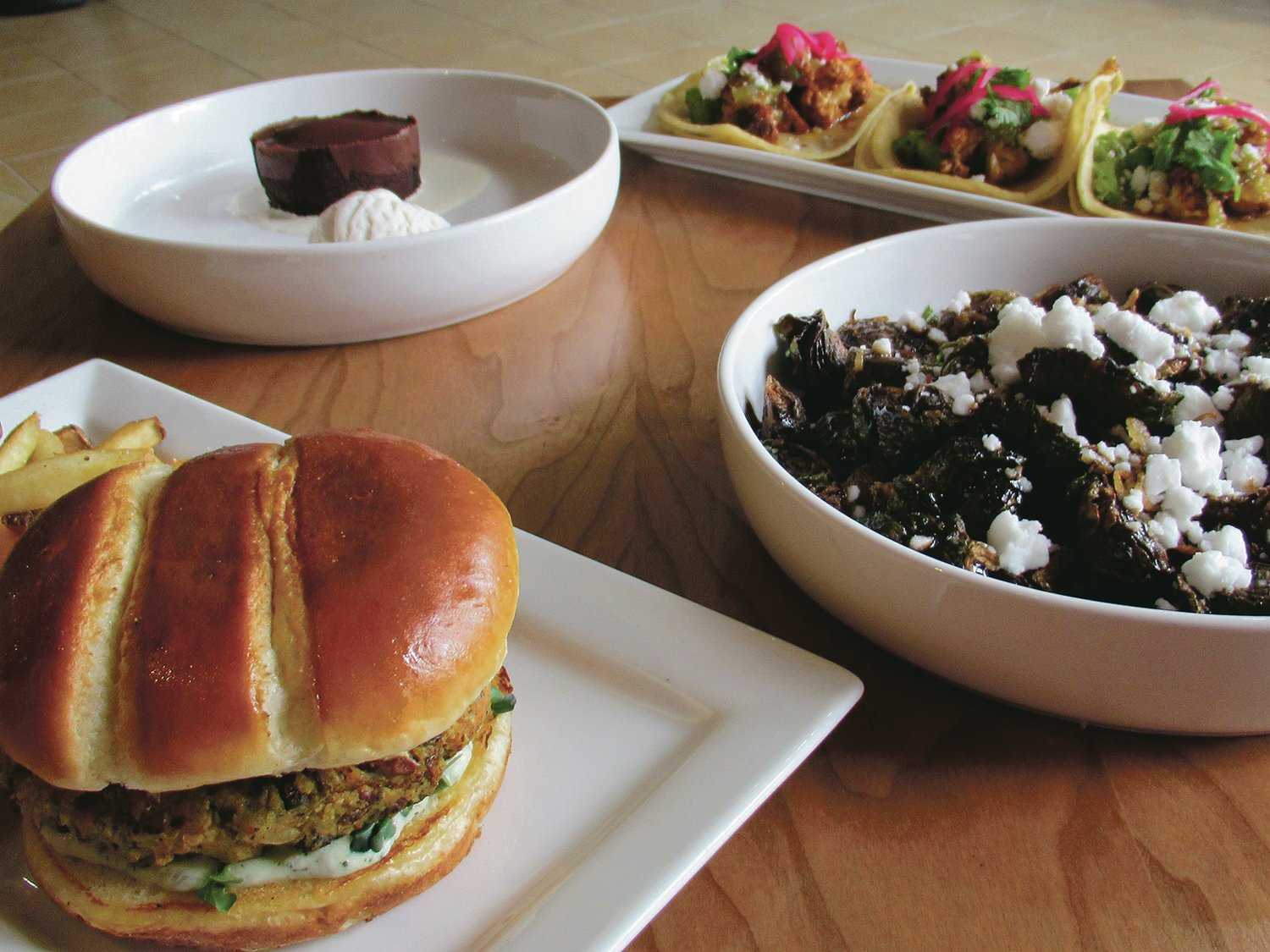 For the local plant-based eaters continuously on the hunt for new meatless menus, a new veggie spot, Veg-Head, is headed to downtown Lansing.

“It’s ‘normal green,’” Magee said. “Everyone can come in and find something they will recognize.” This chef’s approach is nothing like the high-energy television personalities you’re used to seeing. She is relaxed, kind and a self-described “hippie.” 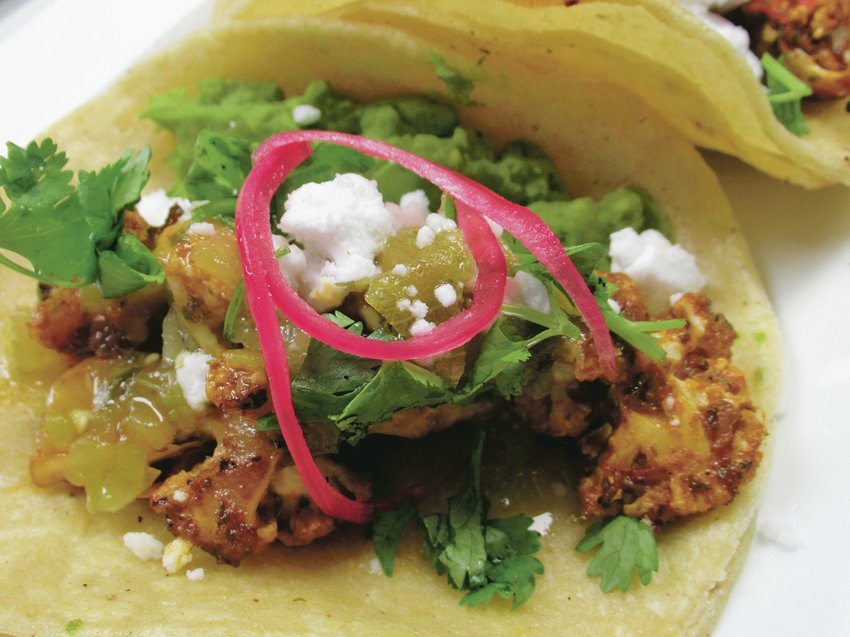 And to those who say that vegan food is bland or isn’t tasty, she smiles, shrugs, and says, “Try it.” It’s an invitation and a challenge that this reporter happily accepted. For starters, I dug into cauliflower tacos al pastor. They were perfectly spicy, chewy, juicy and filling. Veg-Head’s dynamic menu also includes plant-based burgers and sandwiches, mushroom steaks, upscale pasta and crab(less) cakes. For those with a sweet tooth, there are freshly-baked vegan chocolate chip cookies and gluten-free avocado chocolate cake.

Magee’s goal is to delight you, which may mean some surprises. At heart, she is a creative professional with an absolute passion for the product. “Food is a centerpiece of life, and some of my best memories are tied to that. I’ve always found myself in the kitchen,” she said. 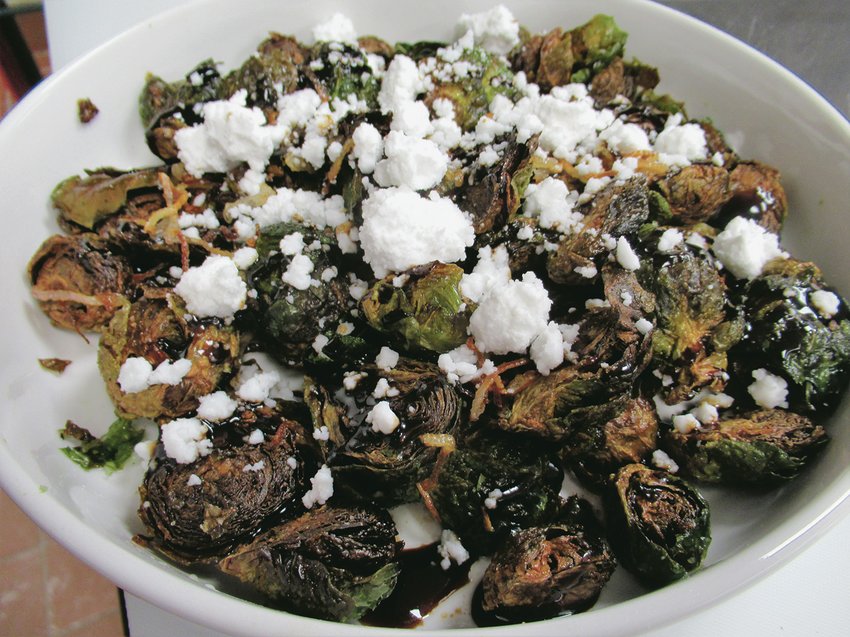 As a child, Magee used to get in trouble for critiquing her mother’s cooking. She remembers those times with a smile but says: “Well, look where we are now.”

Initially, Magee fell into the restaurant business to help pay for her art degree but soon realized that making food was her artistic practice. Over the years, she has paid her dues at various gigs, including a stint in the food service industry in Great Britain. “I was so hungry to learn everything I could,” she recalled, emphasizing the life skills and fundamentals learned in the kitchen: Team, time, taste, criticism, cleaning and pushing yourself. The adrenaline kicks in, and you have to make things work.

One career milestone for Magee was her time as the first executive chef of retail at Michigan State University. She developed 16 different venues and did concept development for allergen-friendly meals and healthier options at sporting events. At MSU, Magee trained under the award-winning Chef Kurt Kwiatkowski, senior executive chef of culinary services. He offered Magee the job after watching her practical exam.

“The way she carried herself in the kitchen, you could see she was passionate about food,” Kwiatkowski said. “She’s super smart. She wants to find that right flavor, and she’s okay with feedback.”

Eventually, Magee oversaw about 500 people on campus and continued her professional development through training and certifications.

By 2019, she completed a corporate chef plant-based certification and switched to a plant-based, vegan lifestyle. Magee doesn’t go on for long about this part of her journey. She’s conscious of the stereotypes about veganism and doesn’t want to bore or even offend me. “You think you know some of the benefits (of a vegan lifestyle), but this was an awakening,” she said.

After incorporating her new vision into her professional work, Magee became known as the “vegan chef” around campus. She delighted in getting students to try vegan food — a project made easier when the food looked like something they were used to eating: a burger, nachos or pizza. But she didn’t stop there. She explored her creative side, experimenting with dishes like hibiscus tacos, banana blossom fish and chips and watermelon steaks.

In 2021, Magee received a gold medal in an American Culinary Federation competition. She competed and won with a vegan dish. I asked her old boss about Magee’s switch to the plant-based lifestyle and its impact on her career. Kwiatkowski said: “She wants to make the best food possible; it just happens to be vegan.”

But opening a new restaurant is more than just creating a flavorsome menu — it’s also about creating a vibe in the location. The space redesign has been a fulfilling journey for the building’s owner and local developer, Shawn Elliot. Elliot is redesigning the interior with low booths and various textures like exposed bricks, wood grain, smooth columns and repurposed countertops. He said Magee’s canvas is the plate and that his canvas is the building. “We’re going to spend time on your five senses here,” he said.

Elliot added that he is passionate about Lansing’s historic architecture and people, including Dr. George E. Ranney. Elliot said it’s so appropriate for Veg-Head to be in this location because Ranney was one of the first environmentalists in the world. The Civil War hero, surgeon, physician and public health advocate famously led the planting of over 14,000 trees in the City of Lansing and bequeathed what is now Ranney Park. “Having this restaurant here feels like we’re carrying his baton forward,” said Elliot, who has worked with Magee on Veg-head plans since March 2021.

In the weeks leading up to the opening, the response from the community has humbled Chef Magee. She said that in the past few years, she has seen more people getting interested in eating plant-based meals for various reasons. All it takes, she said, is one family member going vegan or vegetarian for others to explore the movement.

Looking back, she considers opening her own restaurant a natural evolution after years of hard work and experience. “It just came down to the fundamentals of what makes you happy,” Magee said. “On campus, I had to cook meat, which didn’t make me happy anymore. I wanted something bigger.”

Come as you are