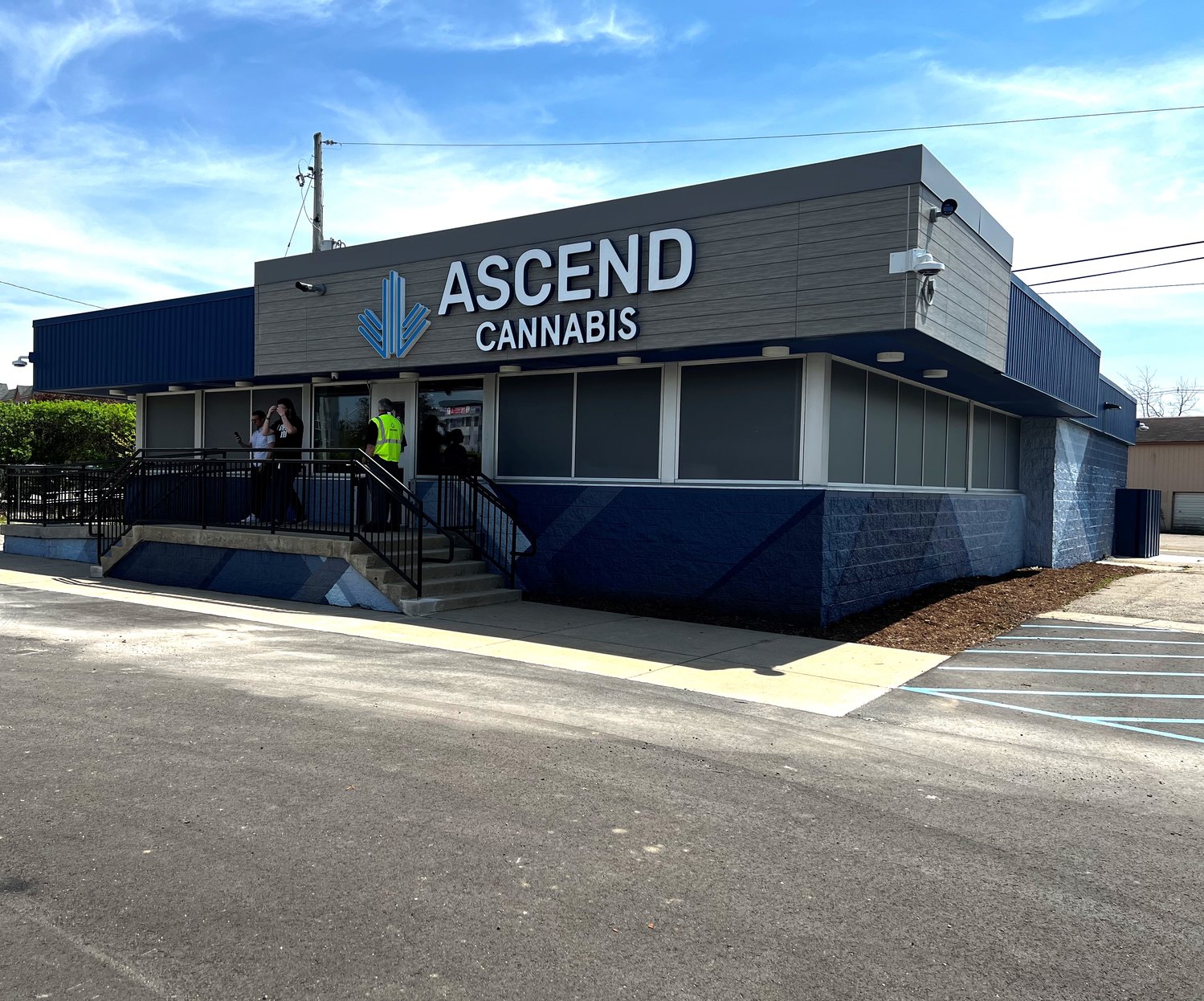 Ascend Cannabis is set to open for business on Tuesday (May 24).
Kyle Kaminski/City Pulse 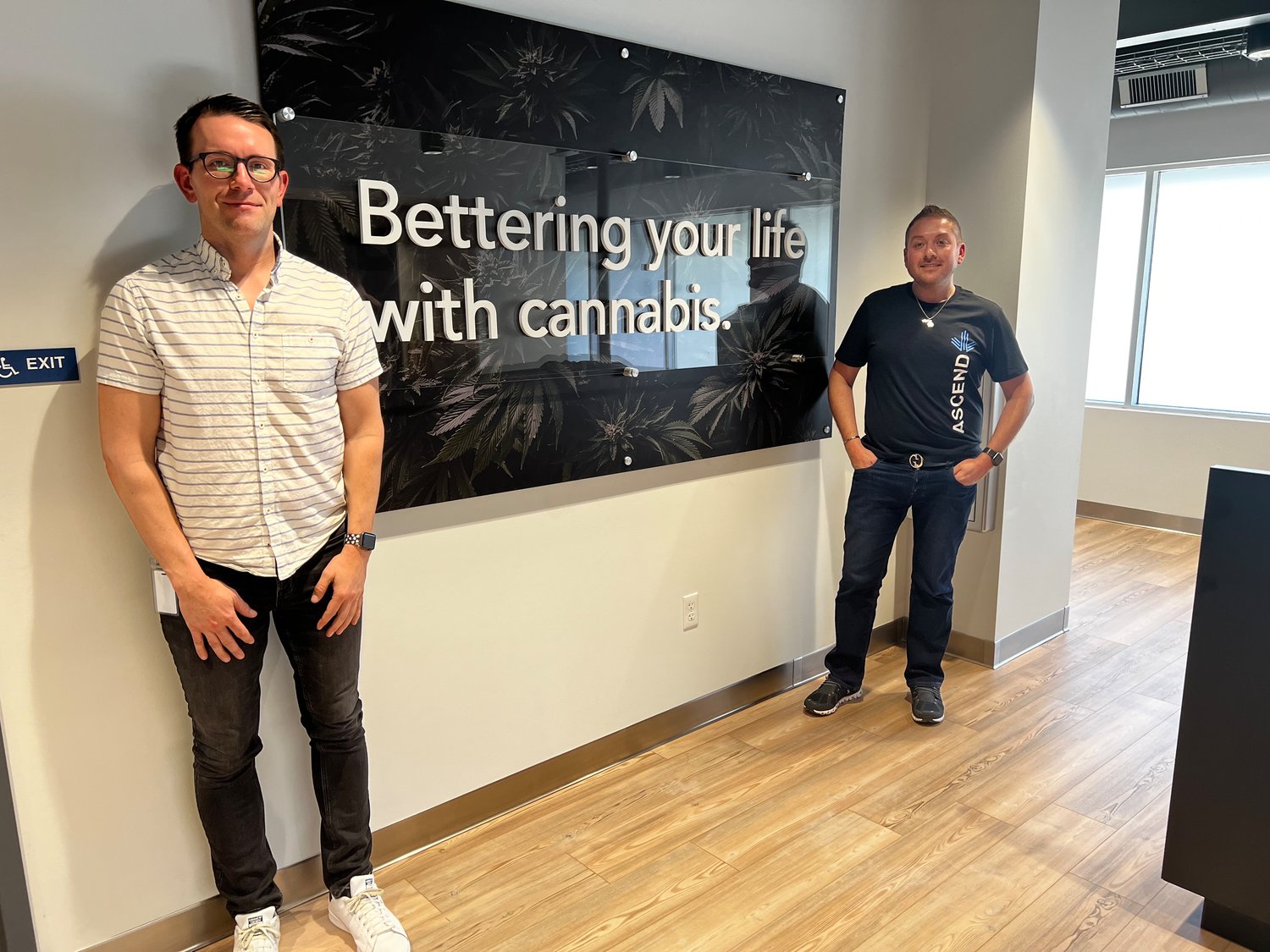 A new marijuana dispensary is set to open its doors next week on the western edge of East Lansing. And while there will certainly be a wide assortment of weed lining its shelves, the staff at Ascend Cannabis would prefer the new store be thought of as much more than a “pot shop.”

“Think of us as more than a dispensary — so much more,” explained Regional Retail Director Vince Bozman. “Part of our mission is bettering your life through cannabis, but we also really want to be a part of the East Lansing and Lansing community. Whether with community service or sponsorships, we just want to make our presence known with accessible, affordable cannabis for local residents and by making a positive impact in the community any way we can.”

Bozman billed Ascend Cannabis as one of the largest vertically integrated cannabis companies in the country, with at least 20 other dispensaries and several cultivation operations across six states, including six stores in Ann Arbor, Grand Rapids, Battle Creek, Detroit and Morenci.

The newest location in East Lansing is a revival of the long-shuttered Sawyer’s Pontiac dealership, just east of the Red Cedar redevelopment project. It opens Tuesday (May 24).

Ascend also has a large cultivation facility on Hazel Street in Lansing, which will supply weed directly to the East Lansing pot shop when it opens for business. ... Oh, right. It’s not a pot shop. Joaquin Torres, a visiting manager from Grand Rapids, prefers the term “lifestyle center.”

“I think another big part of our mission is breaking down stigmas about cannabis and also having some really highly trained associates who can help guide customers to the best products that work for them,” said Torres, who manages Ascend’s 28th Street provisioning center in Grand Rapids. “It’s about inviting everyone to the table and making cannabis more accessible.”

“Because we’re one of the largest operators out there, that comes with some really affordable pricing,” Bozman added. “Our mission is about ensuring we have affordable products for everyone who comes in the door. It needs to be accessible from a monetary standpoint.”

When the store opens next week, the $90 ounces from Ascend’s in-house brand “Simply Herb” will be the single cheapest weed option in Greater Lansing. Trust me: I’ve shopped around.

Pincanna is the current record holder with $99 ounces. Aside from shake, the cheapest ounce at neighboring Pure Options retailed for $152 last week — and there was only one strain in stock.

Cannabis connoisseurs also won’t be disappointed: Ascend’s other in-house brands, “Ozone” and “Ozone Reserve,” are tailored for smokers more willing to shell out a bit more cash for a superior product. I’ll pick some up Thursday (May 26) at the grand opening festivities.

Bozman also said a variety of other Michigan-based brands will be available next week — and more affordable for Ascend’s dedicated customer base: Michigan State University students.

All students get a 10% discount, as well as a free prerolled joint with every purchase of $25 or more. Medical marijuana patients will also receive an added 15% discount.

Home delivery is set to launch over the summer, covering all of Lansing and East Lansing.

“Ascend is for everyone — not just a certain group. Anybody can come here, and spend $5 or $500, and walk away with a product that works for them and their budget,” Torres added.

Bozman said all the extra space in the parking lot could eventually enable Ascend to host events, including the possibility of live music, food trucks and a pop-up, drive-in movie theater.

Also worth mentioning, largely because it’s unfortunately so rare in the cannabis industry: The general of Ascend’s new East Lansing location, April Clark, is a woman — and she’s damn proud of it. A recent MJBizDaily report found that the portion of management positions filled by women in the cannabis industry is about 22%, which is far lower than the national average for all businesses in the traditional economy — a still abysmal average of about 30%.