On air or sleigh runners, Melik Brown keeps it real 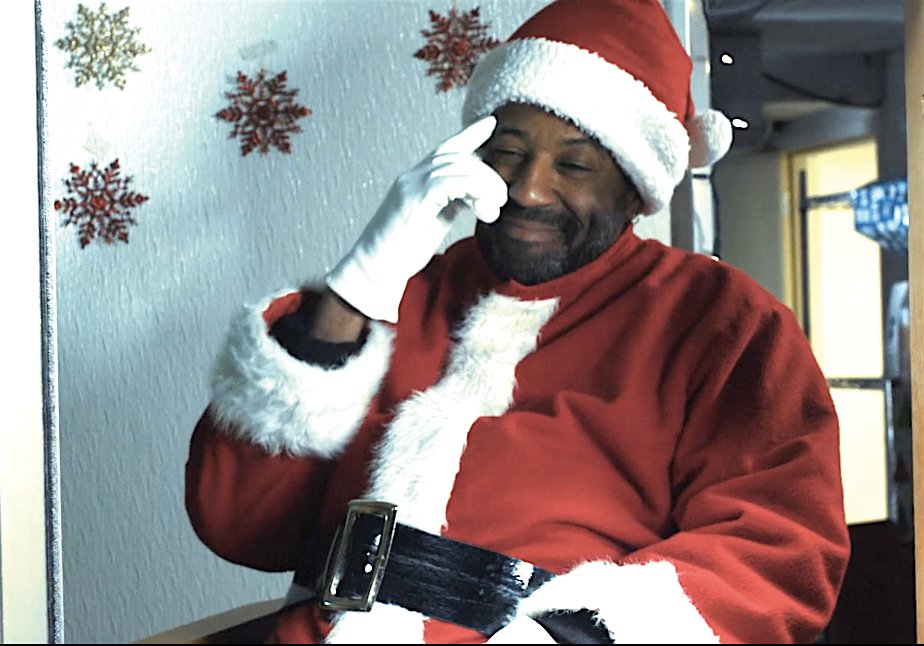 Metro Melik gives a knowing nod to a child in “Drive-Through Santa,” a short film by Render Studios. He’ll play Santa in person at the Black Santa Experience, Nov. 26 at The Venue in the Lansing Mall.
Courtesy Render Studios at renderstudios.com
Posted Wednesday, November 16, 2022 12:19 pm
Movin’ with Metro Melik

He’s the man of the hour, and not just from 3 to 7 weekday afternoons. Melik Brown, aka Metro Melik, king of Lansing’s afternoon drive time on WQTX Stacks 92.1, is the runaway choice for Best Radio DJ in City Pulse’s 2022 Top of the Town Awards.

He’s also the man with the bag. On Nov. 26, Metro Melik will embody the crinkly wisdom and peppery beard of Santa Claus at the Black Santa Experience, an inclusive community festival and Black-owned business showcase at the Lansing Mall.

Playing “the hits that power the party” and playing Santa Claus might seem like two different things, but both gigs tap into Metro Melik’s mercurial mind, hair-trigger humor and generous spirit.

“It’s a theater of the mind, the soundtrack of my young life,” he said. “It helped entertain me, helped me cry, be joyful, get through anger, new love, broken love.”

He’s still amazed that he gets to introduce a track with as much power in his life, and the life of the culture, as Prince’s “1999.”

“Aunt Geraldine had us driving all over Richmond, Virginia, to find that double album on vinyl,” he recalled. “When I got it home — oh my gosh. If somebody told me back then that someday I’d be a radio head, introducing Prince, I’d have called them the biggest liar in the world.”

Eminem’s “Lose Yourself” puts him on Woodward Avenue, watching trucks water down the streets during the filming of “Eight Mile,” in which he was an extra.

Salt ‘N Pepa’s “Let’s Talk About Sex” transports him back to the dance floor at Sensations, below Dooley’s in East Lansing.

“We owned that dance floor,” he said. “You did not dance along the rail because my friends moved you out of the way.” 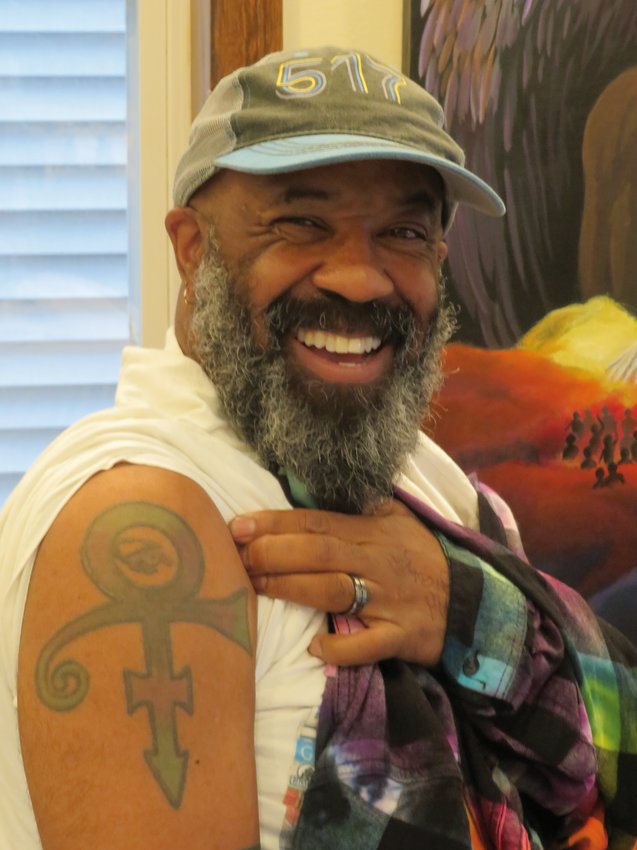 Brown doesn’t go in for chipper DJ happy talk. He peppers the party with thoughtful commentary meant to uplift and inspire.

“Thank God they don’t have me announce the weather or sportsball’” he said. “I introduce the song, announce the stuff they want me to announce, but I also tell something about me.” There are frequent nods to his wife and muse, “the queen of the corner house,” Jessi Yeargin.

Lately, he’s been passing on life lessons from family and friends, like “you can’t push the river.”

“Water finds its own path,” he mused in a recent break. “If you’re frustrated about something, take a step back, see where the river is going, and maybe you can adjust your sails. But don’t adjust your dial … .”

The between-tracks breaks often end with his customary benediction, “go with love,” followed by a quick “see you on the flippety flip side.”

Brown was more skeptical about playing Santa than he was about being a radio DJ. He played Santa at Willow Tree Family Center several years ago and played him again in “Drive-Through Santa,” a short film produced by Render Studios.

The finished film is a fresh take on the oft-told message that giving of oneself is the spirit of the season.

In the film, a workaday Santa punches a clock on a street corner drive-through (a long-closed drive-through liquor store on Willow Street and North Grand River Avenue, dressed up with lights) and takes relentless requests from kids, mixed with unsettling comments like “you don’t look like Santa” and “Santa has white skin.”

The experience flipped Brown’s attitude toward Santa.  “I was already frustrated with the whole idea of a commercial Christmas,” he said. “For me, as a Black child who was frustrated at the traditional Santa Claus, because he didn’t look like me, I didn’t really connect to this.”

Filmmaker David Such left the kids’ unscripted comments in the film. Without giving away too much, suffice it to say that Santa’s magic works in ways that transcend material reward.

“It got me to see something I couldn’t see,” Brown said. “I was bawling when I watched it for the first time.”

The film’s message dovetailed with a realization that was already dawning on Brown, especially since “the queen of the corner house” came into his life.

“Love is a verb, not a noun,” he said. “It has little to do with receiving and everything to do with giving of yourself.”

He said the Black Santa Experience is “about having young people that are minorities being able to see themselves in Santa, and also having Black people, Black themes, Black business owners — the FUBU line, For Us by Us.”

The event will include a Black vendor marketplace with over 15 local Black-owned businesses anchored by Sip Happens, a custom wine glass shop with a line of Black Santa items and inclusive Christmas tree ornaments. Karla Wagner, owner of Sip Happens, is the event organizer.

Brown teased an intriguing variation on the Santa suit — “Santa-esque, kind of hip.”

In the DJ stool or on Santa’s chair, Metro Melik takes his responsibilities seriously. With every new project, he’s thinking about his legacy.

“I feel good about my funeral,” he suddenly offered, adopting the tone of a less-than-devastated mourner of Metro Melik. “‘He was kind of grumpy, kind of short, kind of a jerk, but he did the Black Santa thing and sounded kind of cool on the radio.’”