It's the sixth targeted at the same location during Pride month

A video captured the arsonist who set the Pride flag on fire overnight.
Courtesy 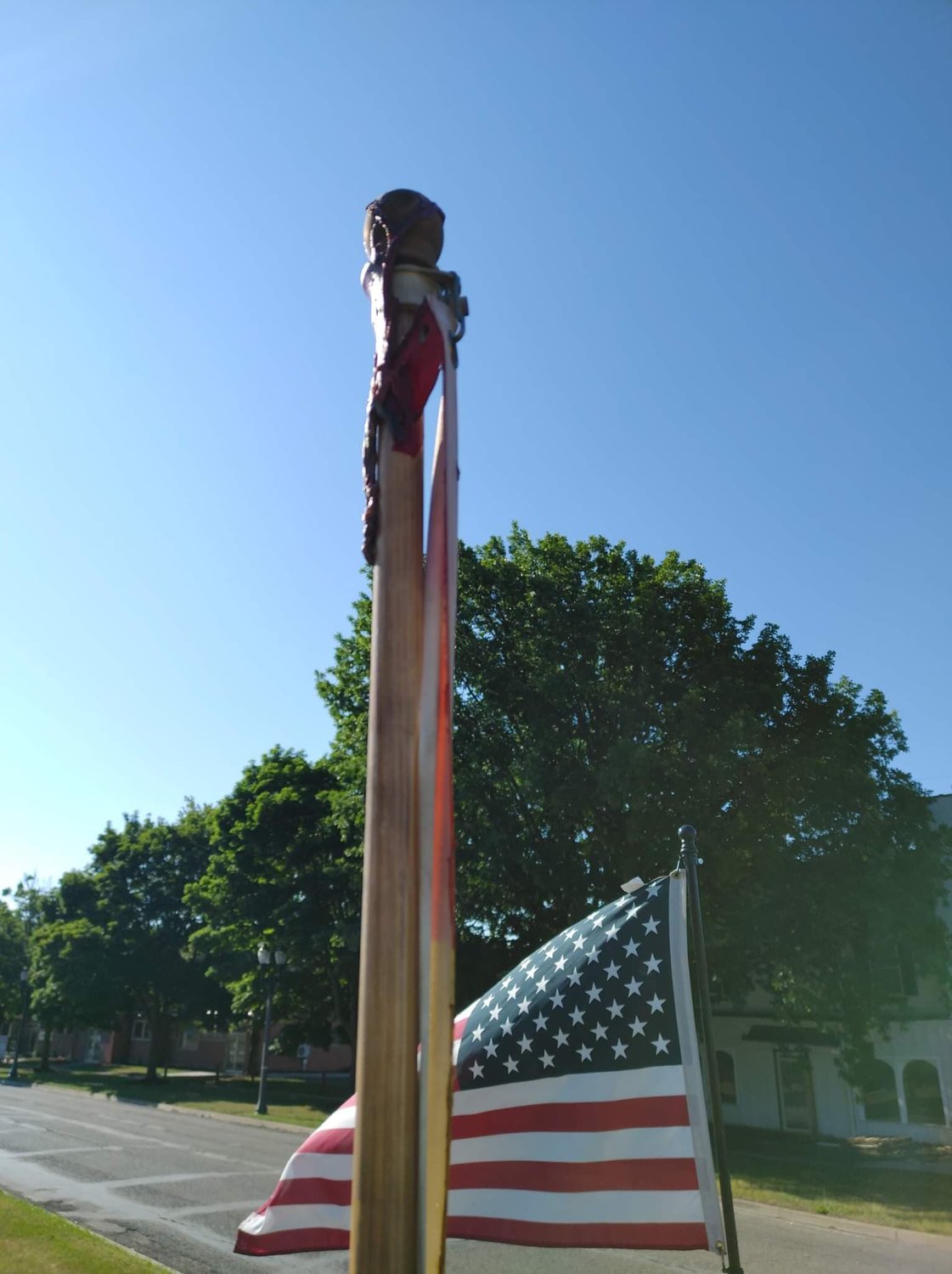 The charred remains of the Pride flag hang from the flagpole on which is was burnt Monday night.
Courtesy 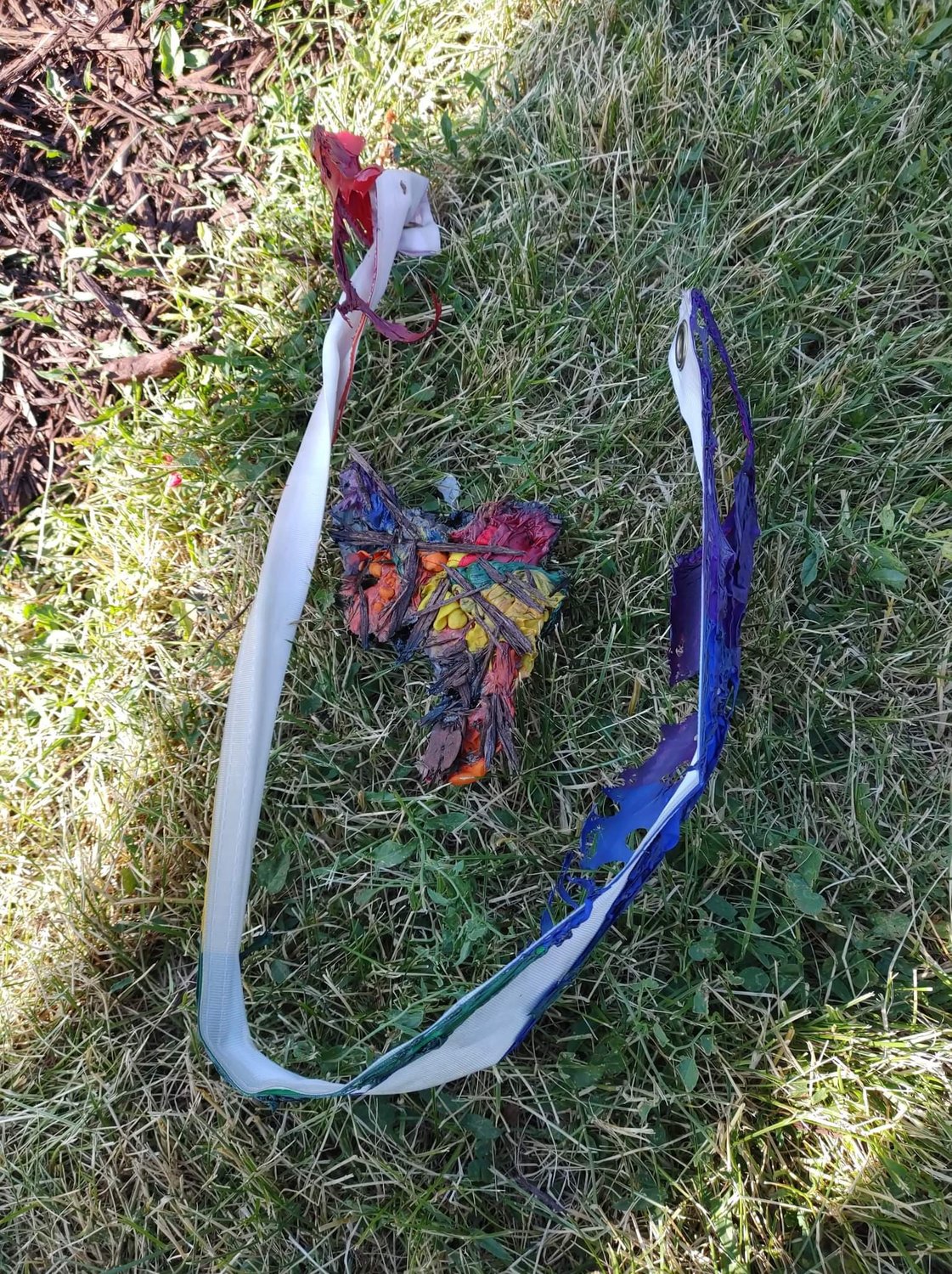 The burnt remains of the Pride flag lay in the grass near the Welcome to Lansing sign on Michigan Avenue near US-127.
Courtesy 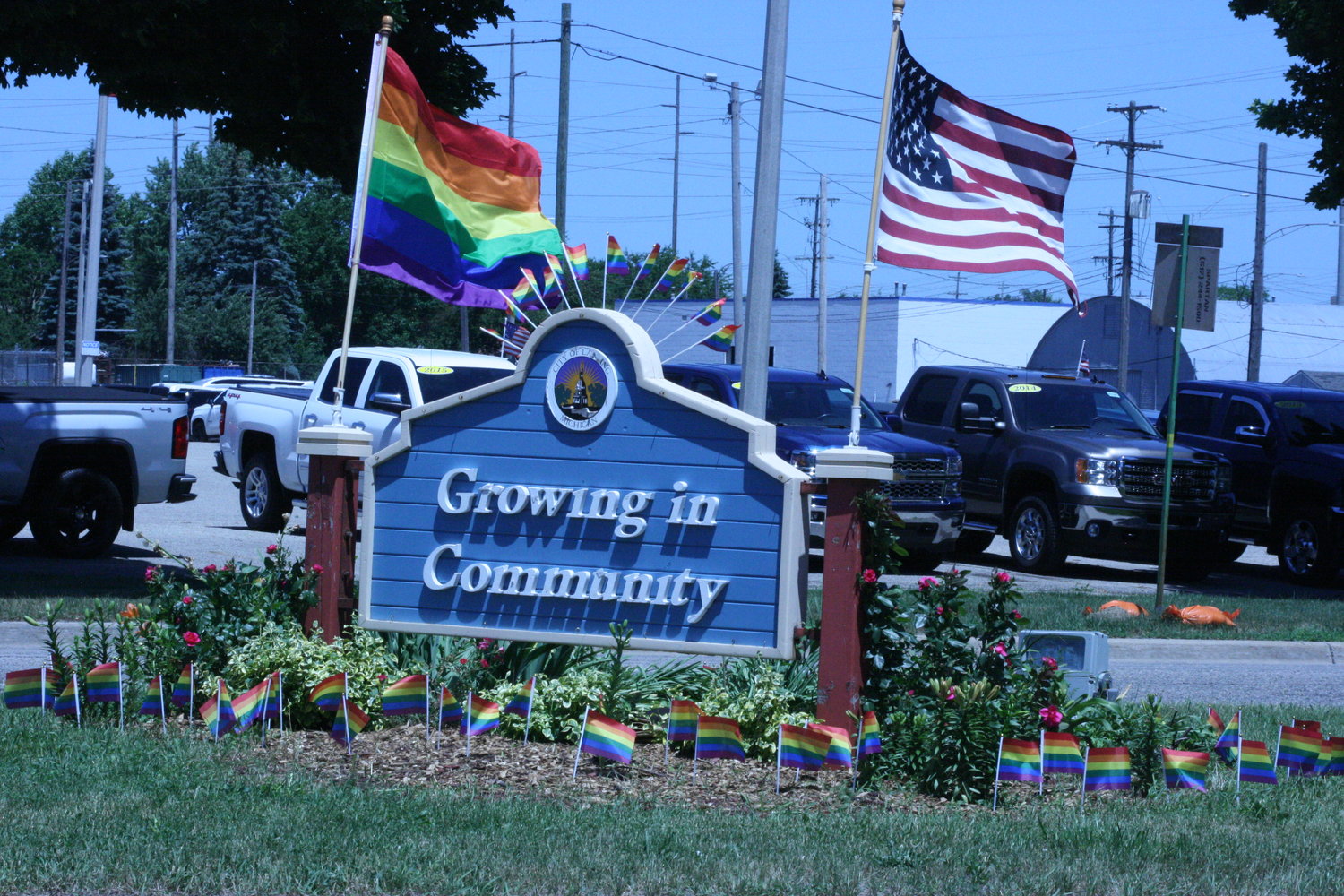 The Pride flag makeover for the Eastside welcome sign and garden.
Todd Heywood 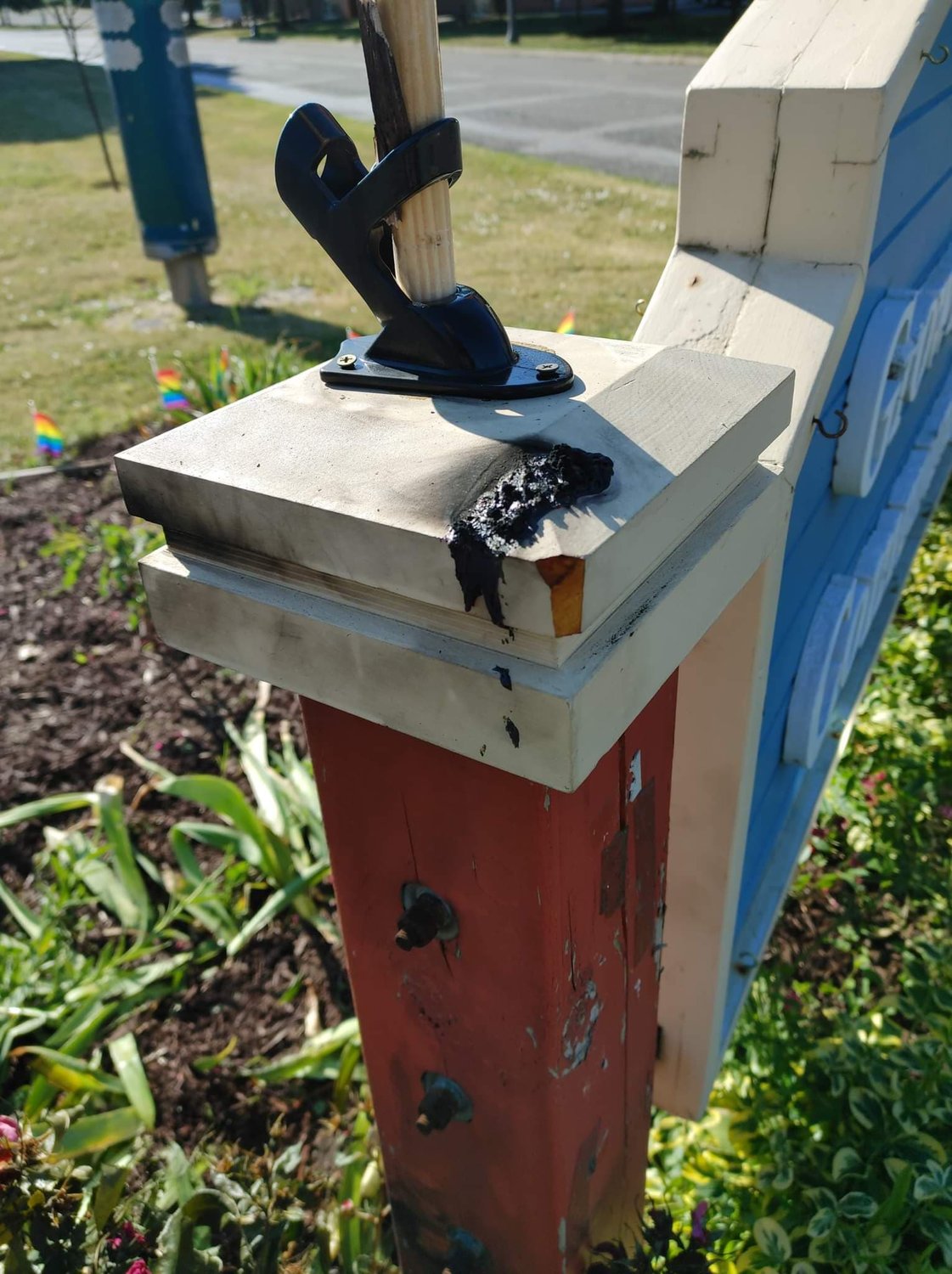 The melted and charred remains of the Pride flag sitting on the wooden Welcome to Lansing sign on Michigan Ave.
Courtesy
Posted Tuesday, June 28, 2022 11:01 am
Todd Heywood

TUESDAY, June 28 — Whoever has been targeting LGBTQ Pride flags on Michigan Avenue near US-127 struck again overnight.

But this time, police may have some help putting an end to the thefts and vandalism that have marred Pride month for local residents: A video captured someone burning the large flag, eastside activist Ryan Kost said today.

Kost said charred portions remained of the flag, the sixth large one to be planted atop a Welcome to Lansing sign. Some of the 50 mini-Pride flags that had been planted in the flower bed around the sign were also burned.

Five other flags  have been stolen from the same location, the last one on Sunday night.

The site is in Lansing Township, but Kost has filed a criminal report with the Lansing Police over the incidents. Lansing Mayor Andy Schor said the LPD will do what it can to assist in identifying the individual responsible.

“I am beside myself,” said Kost, a candidate for the 1st Ward seat on the Lansing City Council in the Aug. 2 primary election. “The level of hate demonstrated by setting it on fire is incomprehensible.”

Nancy Mahlow, a longtime Eastside Neighbrohood leader, said she was “horrified” by the escalation.

“I am angry that someone would do this,” Schor said by email.  “This is not who we are as a community.”

Said Spadafore, “I find it appalling and disgusting that someone would result to using this sort of tactic to intimidate,” said Spadafore. “I hope we are doing everything we can to find this perpetrator of hate.”

Meanwhile, Kost and others have already replaced the burned flag with a new one they hope will outlast Pride month, which ends Thursday.