Skip the coffee. Try one of these spicy sativa products from Skymint 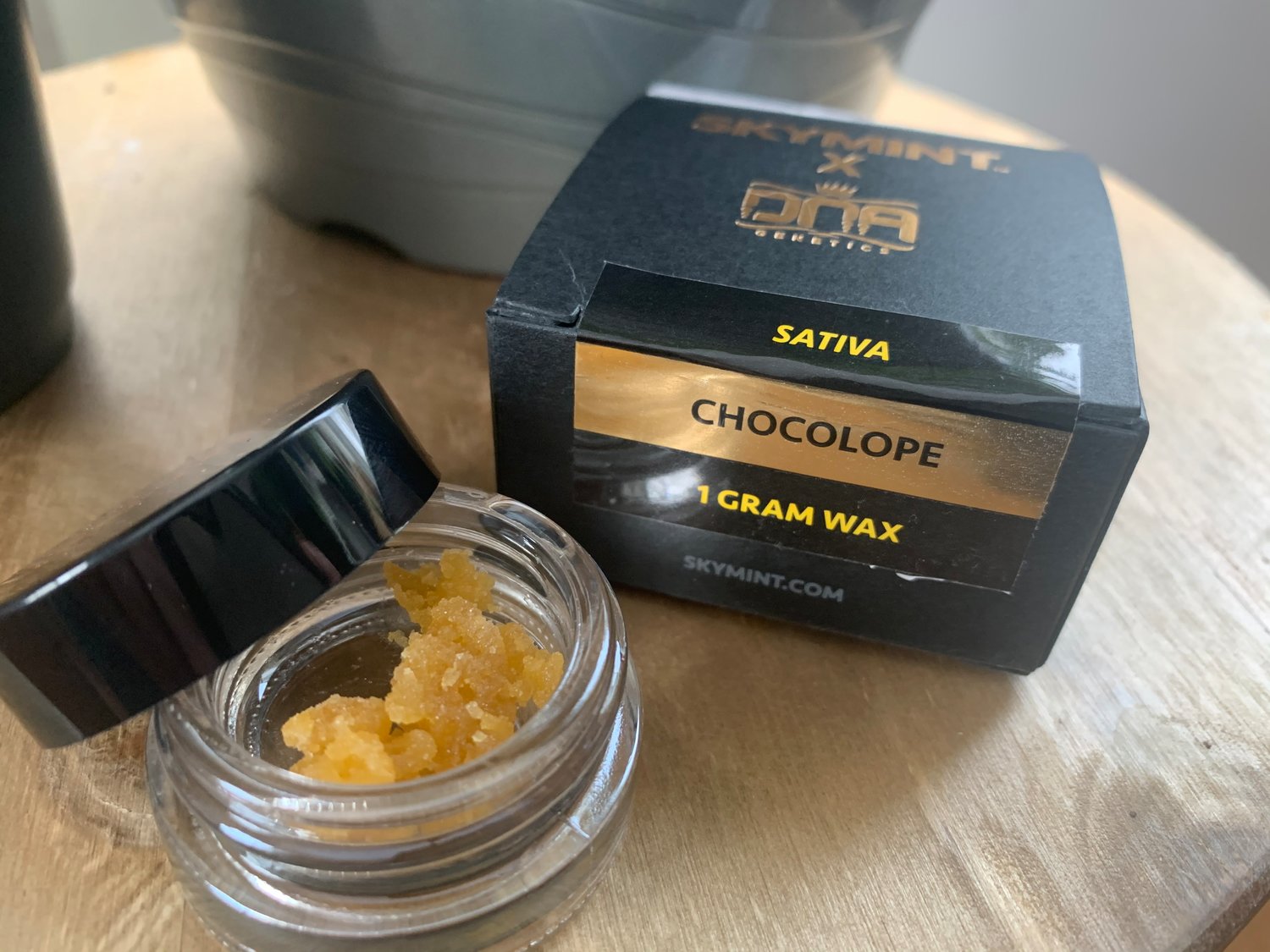 It was a big deal when Skymint announced a collaboration last year with Amsterdam-based DNA Genetics and rolled out seven of the most widely sought, potent and internationally acclaimed cannabis strains available in Greater Lansing. It’s still among the best around.

But this month, the weed wizards at Skymint are pushing the limits on premium products.

In addition to rolling out several more Skymint x DNA strains over the last several months, select varieties are also now being processed into live resins and waxes. And they truly represent the next-level way to experience some of the best-in-class marijuana on the market.

The Chocolope strain — which won the High Times Cannabis Cup in 2007 — is a cross between Chocolate Thai and Cannalope Haze and is widely known as a potently (almost) pure sativa. In concentrate form, those energizing and uplifting effects were exacerbated tenfold.

Skymint advertises: “You can’t get concentrates this good anywhere else.” And after sampling this lineup, I haven’t found any other shops out there willing to step up and prove them wrong.

What seems like more crystals than wax, these bright orange crystals bubbled away into a deliciously sweet herb profile. I couldn’t detect any chocolate or coffee notes like the name would imply, but there’s certainly a sugary and earthy mouthfeel well ahead of any fruit flavors.

I’m still working out the science on how long to torch my quartz banger before dropping in a dab, but this stuff worked out great at a variety of temperatures. Lower temperatures preserved the flavor; Higher temperatures were a bit more harsh but provided a quick and harder-hitting high.

After two rips and a dozen coughs, I was absolutely invigorated and focused. Chocolope offers a productive and cerebral high that doesn’t fog the brain or keep you locked on the couch. In fact, I don’t think I could stay seated after smoking this stuff. This is a great concentrate to hit with your morning coffee and continue forward with a productive day. Most of your coworkers — especially on Zoom — will probably just assume you got a great good sleep the night before.

Side note: Skymint also sells Chocolope flower. But the Lansing Botanical Co. near the Capital Region International Airport had a stellar deal — $25 eighters — on a similar product last week.

I’ve spent more time than I’d care to admit inside Short’s Brewing Co.’s taproom. Bellaire was just a short drive from Traverse City, where I lived for about five years before moving back to Lansing. During that time, I always made a point to sample its new brews, including the Mule.

This beer, as expected, tastes like a Moscow Mule and was packed with notes of lime and ginger. A few cans on the beach was a perfect way to wind down after a long work week.

Those spicy ginger notes — though obviously missing the alcohol content — carry over flawlessly into these cannabis-infused gummies. Just don’t expect to wind down afterward. Each one is packed with a bouquet of citrusy, sativa-leaning terpenes that provide an invigorating lift of energy. And since I didn’t leave myself any chores around the house this weekend, I spent the next six hours playing dozens of sweaty games of Call of Duty. And honestly, I think my first-person shooter skills were much sharper under the effects of this potent THC distillate.

Jolly Edibles is a subsidiary of Skymint, with all edibles being produced in Dimondale. And the company really did itself a favor by partnering with Short’s Brewing for both added name recognition and an array of familiar flavors. The Soft Parade gummies are also delectable. Be warned: The delicious nature of the gummies does absolutely nothing to curb the munchies.

Grind those spices: Taste Coffee Co. makes it all from scratch