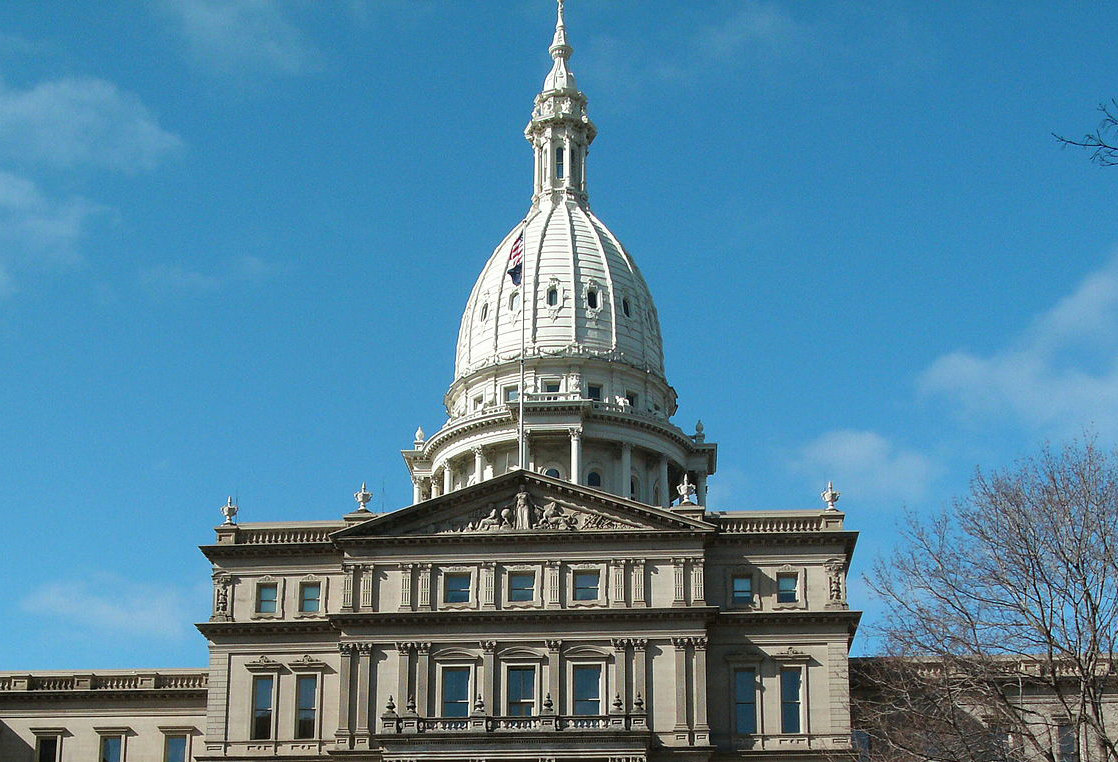 Ideally, the Republican-led Senate and House will present a joint plan by the end of the month, Shirkey said, but those mechanics haven’t been chiseled in stone. Shirkey only said the caucuses are working together on a plan and that “bonding is a small piece” of it.

“Since the beginning of the year, I’ve talked about ‘funding and finance’ when talking about the roads,” Shirkey said. “This is part of the ‘finance’ piece.”

Asked if he’s onboard, House Speaker Lee Chatfield, R-Levering, said, “I’ve said from day one that we need to be looking at all options to ensure we are responsibly funding our roads.”

Chatfield and Shirkey met in the Speaker’s Office for more than three hours Tuesday to work out further details before they present the plan to the Governor’s Office for the final negotiations.

The basic outline is similar to the concept the West Michigan Policy Forum briefed the House, Senate and administrative leadership on in weeks past, in which Michigan floats a 30-year, $10 billion bond and then pays it back on a set schedule.

The state can invest the large influx of cash it would receive and pay it back over a longer period of time than what is currently planned. Between that and paying back the Michigan Public School Employees’ Retirement System bonds on a set schedule, the bean-counters at PriceWaterhouse Coopers estimate the state could save roughly $980 million a year.

The new revenue would more than fill the $800 million hole the House Republicans created in their road-funding plan by eliminating the state’s 6% sales tax on gasoline and then raising the gas tax penny-for-penny for nearly a $1 billion in new road-funding money.

It’s not as much as the nearly $2 billion in new road revenue Whitmer would create with her 45-cent-a-gallon gas tax increase, but it gets the state halfway there.

Whitmer hasn’t been opposed to bonding. “If there was a solution that actually got us to $2.5 billion” in new revenue,” she said two weeks ago, “and prioritized things like the education of our kids and bonding was a piece of it, it’d be something I’d be open to.”

“You’d need to bond off transportation funding. You couldn’t do any other gimmick that would fix the roads on anyone’s back.”

When presented with this idea, she told reporters, “I think this is an idea maybe retrieved out of Gov. Snyder’s trash can. This was something that was floated and he rejected because it was not a good idea.”
Former House Speaker Jase Bolger, who has been advancing the idea for the Western Michigan Policy forum, said Snyder needed to see reform in the teacher pension system before he would sign off on bonding against it.

In his words, “Before you start filling in the hole, you need to stop digging the hole.”

First, this meant the retirement system needed to be closed, which Snyder moved the state toward in 2017. The second piece was legislation that allowed locals to bond to cover their defined benefit plans as long as they were closed.

By the time these reforms were complete, Snyder was out of office, Bolger said.

Still, many in the education realm are skeptical about this scheme. They remember Detroit trying something along these lines back when Kwame Kilpatrick was in charge and question what will happen when the stock market goes south.

The Anderson Economic Group has been working with various school groups on analyzing the concept of making money by investing borrowed bonding money and presuming it will be more than the cost of the interest payments.

CEO Patrick Anderson sees the idea of paying off its $29.4 billion in the retirement system’s unfunded liability over 30 years as opposed to the current plan of 21 as costing Michigan billions more in the long run and “carries serious risk to taxpayers and future retirees.”

If the bonds were paid off over 40 years, for example, taxpayers would be stuck paying an additional $30 billion. Extending the schedule to 50 years would be $45 billion, Anderson said.