The case for voting no on the school millage 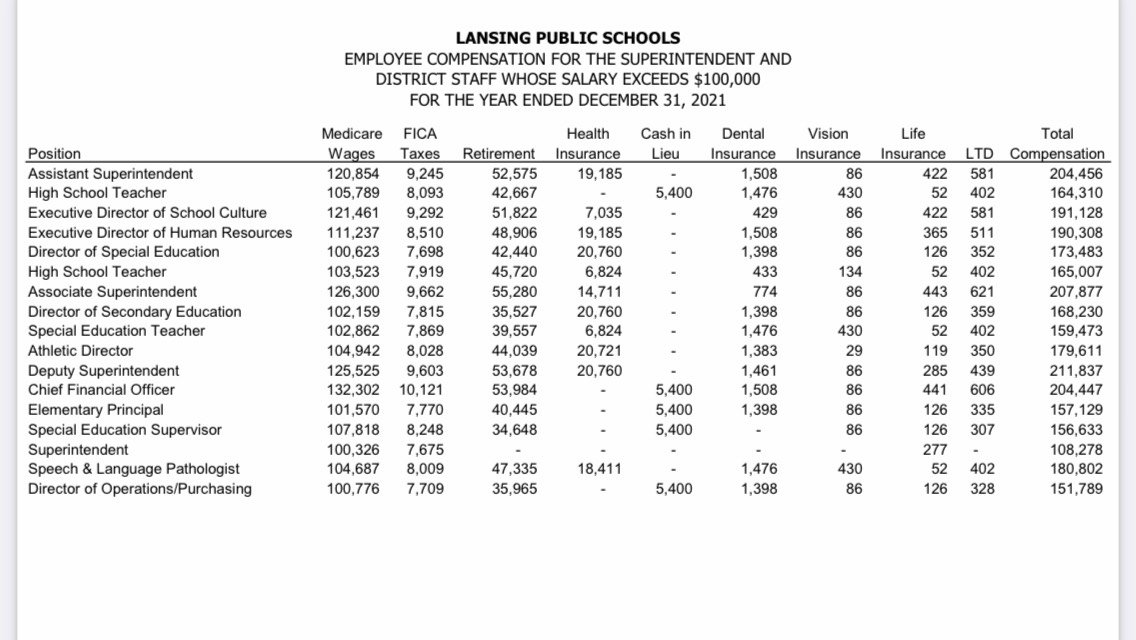 (Editor's note: Voters will decide Tuesday on a $130 million bond proposal to replace four elementary schools with new buildings and upgrade Sexton High School, among other improvements. City Pulse supports the proposal. Here is another point of vew.)

Last month, City Pulse ran a cover story regarding an upcoming millage proposal that would raise almost $130 million to replace four buildings, renovate Sexton High School and ensure working air conditioning in every classroom. Yes, it’s 2022, and your Lansing School District hasn’t used your previous tax dollars to put working air conditioning in every classroom. That story featured five government officials advocating support for the tax. They also reported that more than 21% (or 2,900) of the eligible Lansing area students decide not to attend Lansing Public Schools. Lansing State Rep. Sarah Anthony believes many of those students are being educated elsewhere because of the poor condition of these buildings. Former Lansing School Board president Peter Spadafore agrees. The current proposal for building improvements would affect 8% (or 877) of the current students enrolled in LPS. Superintendent Ben Shuldiner says that “we owe it to the students of Lansing to bring them into a better environment and make them more comfortable.” I agree, but I think the current students could have already been made more comfortable if they weren’t still being forced to wear masks to school every day, without any meaningful evidence of the benefit, while almost everywhere else in the country has stopped. Thanks, Lansing School Board.

Curiously, what nobody mentioned in this story and what isn’t easily accessible on the Lansing School District website, is the current amount of education happening in Lansing schools. Currently (stats taken from greatschools.org), 90% of the schools are rated “below average” (state average is 35%), 77% of students are “below average” in academic progress (29%), less than 1% of students are “above average” in academic progress (34%), LSD has a 69% graduation rate (82%), 6% of students are prepared for college (33%), 20% are reading at grade level (44%), and 14% are doing math at grade level (39%). Maybe you read these numbers and think, “It must be because we haven’t been funding our public education system like the rest of Michigan is”. Well, LSD receives about $14,500 in tax dollars per student, while the state average is $12,000, and they spend about $13,400 per student, which is nearly $3,000 more than the average Michigan public school student.  (https://www.greatschools.org/michigan/lansing/lansing-public-school-district)

While “highest test scores” were given part of a sentence in the story, along with “best sports teams” and convenience to a parents’ work commute, I think it’s beyond obvious why so many students are choosing to go elsewhere and why many more wish they could after seeing those numbers. It has little to do with the condition of a few buildings.

Mayor Andy Schor says “our children need facilities that reflect the quality of their education in schools”. The numbers suggest the facilities are indeed reflecting the quality of the education that is (or more so, isn’t) occurring in the LSD. Meanwhile, with all of the failures going on, school district administrative staff are doing quite well for themselves. Among others, total compensation (salary plus benefits) for the superintendent is $108,000, $204K+ for the assistant Superintendent, $207K+ for the associate superintendent, and $211K+ for the deputy superintendent. Did you know there was a difference between assistant, associate and deputy? I did not.

District officials have “published warnings” if the millage proposal were to fail, including taking money from their current budget to cover the seemingly necessary maintenance. Only a government education system could do such a poor job of teaching your children and, with a straight face, ask you for more money. With the way the school district is failing our entire city, I say we teach them a lesson, since they seem incapable of doing so for students. These kids deserve so much more than just building updates.