The CP Edit: Biden or Bust 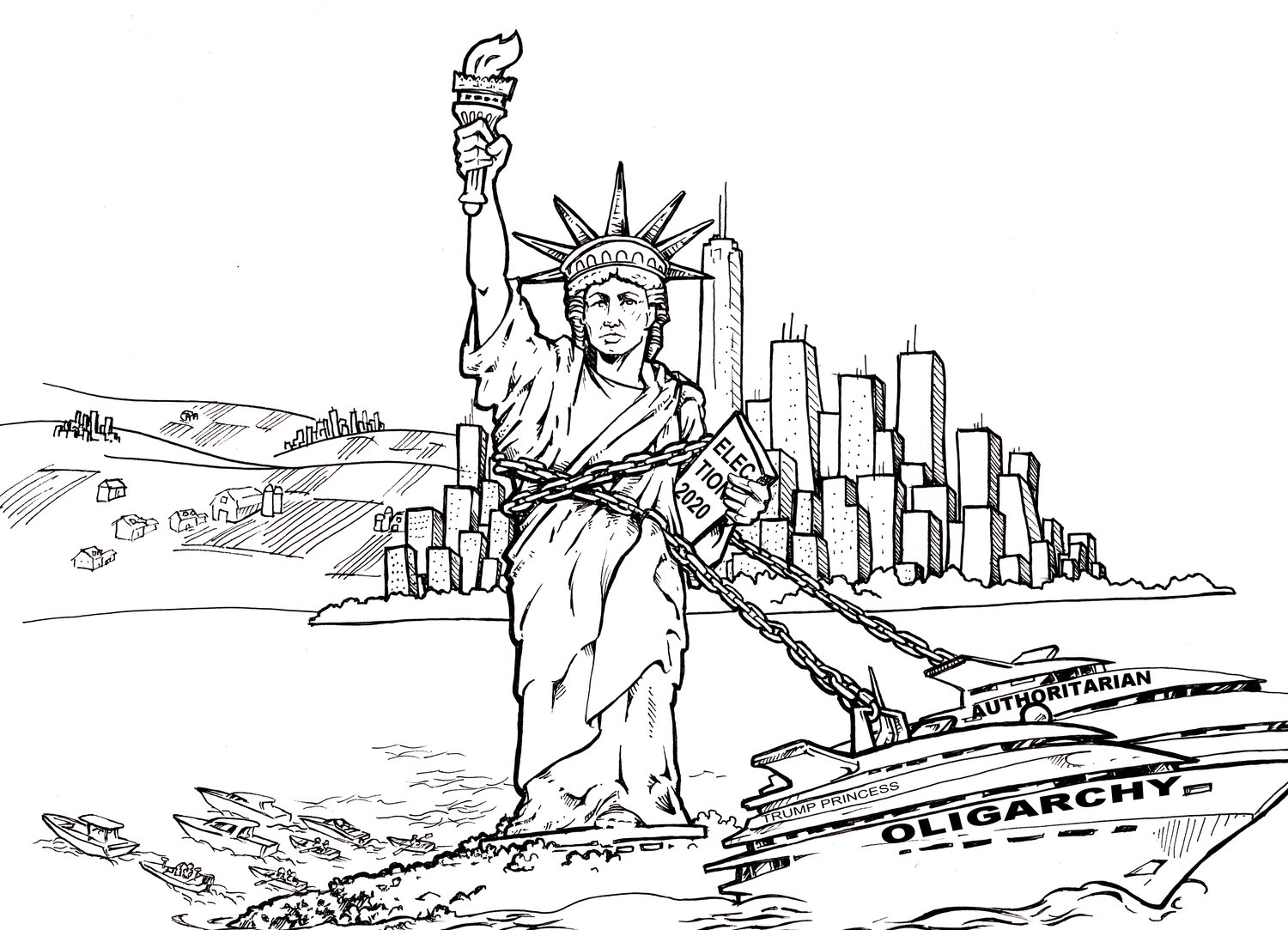 Four years ago, American voters made a grave error. Electing a snake oil salesman instead of a stateswoman to hold our nation’s highest office has plunged the United States into a dark and dangerous period of division and delusion, the latter befalling those who buy into Trump’s incessant lies and deflections and who couldn’t care less about his corrupt, craven and dishonorable conduct. On Nov. 3, voters of every stripe have the opportunity to change the course of history and elect a president and vice president who are worthy of the titles.

For regular readers of this space, and those who are otherwise familiar with our ideological bent as an independent newspaper, it will shock absolutely no one that we unequivocally and urgently endorse Joe Biden and Kamala Harris for president and vice president of the United States. For the most part, our endorsement preaches to a choir of left-leaning, likely Democrats who wouldn’t vote for Trump if he paid them. We’re more inclined to address the Republicans, Independents and frustrated socialists among our readership, the kind of folks who might actually be considering voting for Trump, a third-party candidate or sitting out the election altogether.

We won’t mince words: Now is the time for all good people to come to the aid of their country. It’s time to do the right thing and do your part to help stop the madness. You know in your heart that the president is a narcissistic lunatic. Maybe you forgive him his personal foibles because you like his domestic economic policies or his tough approach to trade with China. Not to worry, you will do just fine when a sane and stable moderate like Biden is in the White House.

If you are a practicing Christian, you have all the more reason to cast aside a deeply wicked man who unfailingly violates every tenet of your faith, while waving around a Bible that means no more to him than a dictionary. We’re pretty sure he has never consulted either in the entire course of his life. And, if you are a veteran, we can’t begin to fathom how you could vote for a man who views the brave men and women of the U.S. Armed Forces with such utter contempt, and who routinely insults those who served and even those who made the ultimate sacrifice. And this from a man who never served a day in the military, having escaped conscription during the Vietnam War with a questionable case of bone spurs.

To our disaffected friends on the left wing of the ideological spectrum, we feel your pain. We were Bernie Sanders supporters way before it was cool. Yet we also understand that the stakes have never been higher for our nation’s future, so we strongly urge your vote for Biden/Harris. We fervently hope you will resist the temptation to cast your ballot for a third-party candidate, even if they are more closely aligned with your political philosophy. Even a small number of votes being siphoned away from Biden by left-leaning fringe candidates could tip the scales in Trump’s favor. Remember: Trump carried Michigan by fewer than 11,000 votes — which with Wisconsin and Pennsylvania gave him an Electoral College victory over Hillary Clinton, despite her 3-million popular vote victory. Wasting your vote or not voting at all may in the end be once again the same as voting for Trump.

In the runup to Election Day, Trump has escalated his rhetorical attacks on absentee voting, supplemented with all manner of nefarious on-the-ground tactics, in a cynical attempt to undermine the confidence of American citizens in the outcome of the election. Troves of Trump-aligned attorneys have already descended on key states across the nation and are preparing to challenge voter credentials and ballots in an effort to intimidate and disenfranchise as many voters as possible, especially people of color.

While the president proclaims that any election results that come in after Election Day will constitute a massive fraud perpetrated by Democrats, his legal minions are working to delay the final results for as long as possible.  It’s the sort of disingenuous and dangerous hypocrisy we’ve come to expect from Trump, but this time it means far more than his run-of-the-mill lies, schemes and distortions. This time he is tearing at the very fabric of our democracy, and the results could be catastrophic.

But it gets worse. Senate confirmation of Amy Coney Barrett, Trump’s uber-conservative Supreme Court nominee, is all but assured. In yet another monumental act of hypocrisy by Senate Republicans, who refused to confirm President Obama’s nominee to the high court because it was an election year, Mitch McConnell and his tribe of spineless curs will shamelessly vote to ensconce a solid conservative majority on the court for the next 40 years or more. There is every reason to believe that if Trump is defeated, he will attempt to overturn the will of the people by any means necessary. If the election is close and ends up in front of the Supreme Court, as it did in 2000, his chances look pretty good. To prevent that scenario, Biden must win an overwhelming majority of the popular vote and an irrefutable landslide in the Electoral College.

We’re not exaggerating when we say that our nation stands on the precipice of a disaster that could well spell the end of the world’s greatest experiment in democracy. A second term for Trump would drive America closer and closer to totalitarianism, handing Trump the unchecked authority he so clearly craves. We have no doubt that in a second term he would attempt to amend the U.S. Constitution to make himself eligible for a third term, if not president-for-life like his political idols Vladimir Putin and Kim Jong Un.

Your vote counts more now than at any time in our nation’s history. Cast it wisely.