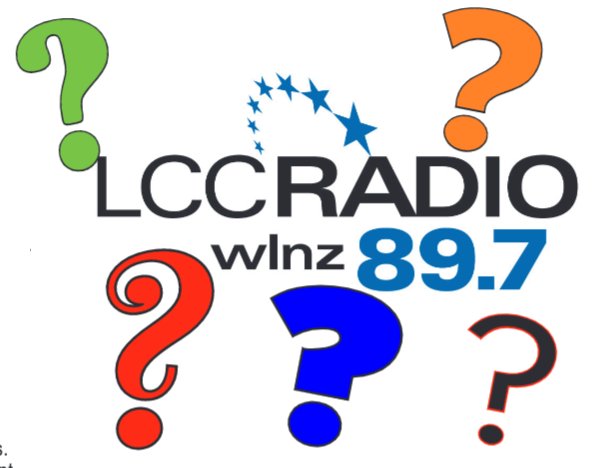 For more than a quarter-century, Lansing Community College’s in-house FM radio station, WLNZ 89.7, has served up a compelling, eclectic mix of music, news and community-focused commentary for the benefit of the Greater Lansing region. The station also functioned as a teaching facility for many years, providing generations of LCC students with on-the-job broadcasting experience and mentoring from seasoned professionals.

A giant question mark has hung over WLNZ and its staff since last March, when the COVID-19 pandemic forced the station to suspend its regular programming. Three months later, the LCC Board of Trustees voted to defund the station due to the college’s pandemic-fueled financial woes. Despite the board’s action, then-President Brent Knight pledged to the community that WLNZ would “not go dark under any circumstances.” A citizen-based advocacy group was also formed to explore alternatives that would keep the station up and running. (City Pulse publisher and editor Berl Schwartz is a member of the citizen’s group.)

Knight’s departure as president shortly thereafter left the matter in the hands of his successor, Steve Robinson, who late last year formed an internal task force to develop alternative scenarios for the station’s future. Earlier this month, the task force issued its recommendations, which includes a potential partnership with Ann Arbor-based Michigan Radio. Owned by the University of Michigan, Michigan Radio is a nonprofit, public broadcasting station that airs in Ann Arbor, Flint, Grand Rapids and Port Huron with staffed news bureaus in the three largest markets plus Detroit. Although few details of the potential deal are available, it is thought that Michigan Radio would take over WLNZ operations and use the station’s broadcast signal to carry their content, strengthening their presence in the Lansing market.

Much like this newspaper provides an alternative to corporate-owned print media, we can’t emphasize enough the tremendous value in nonprofit community radio. Immune from market-driven format changes and advertising pressures, WLNZ was able to offer a wide variety of content that is otherwise hard to come by on today’s commercial radio airwaves. Jazz, blues, reggae, worldbeat and more attracted a diverse audience who craved genre-based specialty shows like “Lansing Loud & Local” featuring up and coming new bands, “Halcyon Radio” with a focus on electronica, the K-Pop-driven “Daebak Korean Radio Show,” “Mitten Mayhem,” a showcase of classic and new Michigan-based hip hop and R&B, and more.

Complementing its musical diversity, WLNZ was also an important source for local news and happenings. The station’s famed but now defunct Coffee Break morning show, hosted by legendary local radio personalities Jack Robbins and Karen Love, provided an opportunity for more than a hundred community organizations across the Lansing region to promote their events and offered interviews with local notables on a wide range of topics. This is the sort of community-focused programming we fear will disappear or be drastically scaled back under the Michigan Radio model, despite assurances that blocks of time would be allocated for community news and events. If approved, we hope the deal with Michigan Radio includes establishing a Lansing bureau with a firm commitment to replicating some of the local flavor, both musically and on the news side, that makes WLNZ such an important community asset.

It’s expensive to run a radio station. We get that. And, it has been many years since LCC students could enroll in radio broadcasting courses. This lack of a connection with the school’s current curriculum makes the station a more attractive target for budget cuts. That said, we’re not unequivocally opposed to the Michigan Radio deal. It’s better than shutting down WLNZ completely. But we also think it’s a less-than-optimal arrangement. Michigan Radio is an NPR affiliate, like Michigan State University’s WKAR. Two NPR stations serving one market seems unnecessarily duplicative.

A conceptual alternative scenario proposed by the citizen’s group involves a partnership with the City of Lansing’s Public Media Center, which offers training and broadcasting opportunities to community members using the city’s Public, Educational and Government television network. The center’s operations are underwritten in part by fees assessed on the bills of Lansing cable television customers. Based at the city’s South Washington Office Complex (the former Michigan National Guard Armory), the media center has sufficient physical space to serve as the new home for WLNZ. In theory, a portion of the city’s fee-based funding for the media center could be made available for ongoing capital costs associated with keeping WLNZ alive and well, alleviating some of the financial burden on LCC. A nonprofit corporation could be established to support the station and raise additional funds for its ongoing operations.

We think this is the optimal solution, and we encourage LCC officials to continue exploring alternatives to the Michigan Radio deal with an eye toward preserving and strengthening the community-focused legacy of WLNZ through a partnership with the Lansing Public Media Center.