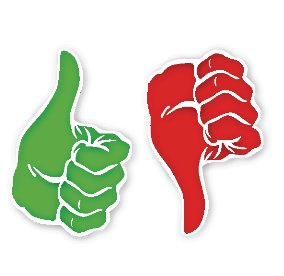 One of the few positives to emerge from the COVID-19 pandemic was a renewed interest in bolstering area downtowns that suffered mightily from closures and capacity restrictions on restaurants and other indoor venues. Following the adoption of an authorizing statute by state government, Lansing and East Lansing both established social districts that permit patrons to purchase and consume alcoholic beverages outdoors within the designated district. Lansing has three such districts — Washington Square, Old Town and REO Town — and the Lansing City Council last month voted to make them permanent. East Lansing’s Albert El Fresco, which featured a plethora of outdoor activities and creative gathering spaces, also is back for the coming season. We’re thrilled that residents and visitors in both communities will be able to enjoy a more vibrant downtown experience and encourage City Pulse readers to take advantage of the districts. Let’s all do our part to help support downtown businesses as they fight to recover from the pandemic.

We’re disappointed by Mayor Andy Schor’s recent decision to cancel the city’s longstanding economic development contract with the Lansing Economic Area Partnership. Now in its 15th year, LEAP has been the driving force behind a wildly successful run of transformational economic development projects across the region, from the renovation of the Ottawa Power Station to the Red Cedar Renaissance to GM’s $2 billion investment in a new battery plant, and dozens if not hundreds more in between. Schor pulled the plug on the city’s contract with the agency for no discernible reason other than his desire to create an in-house economic development capacity that he can directly control. Lansing will remain a dues-paying member of LEAP, and Schor apparently believes the city can get the same level of economic development services from LEAP just by being a member. He’s kidding himself. Schor appears to be signaling that he doesn’t really believe in regional economic development. If that’s the case, it’s a significant setback for regional cooperation, which should be led from the front by the city of Lansing, which has the most to gain and the most to lose by disengaging from its neighbors. What’s more, Schor cannot possibly replace the wealth of talent at LEAP, especially CEO Bob Trezise, one of the top economic development gurus in the nation, merely by hiring one or more new people to staff the duplicative Lansing Economic Development Corp. We urge the mayor to reconsider his decision.

Some people were skeptical when Mayor Schor and the Lansing Police Department changed the city’s policing policies to deemphasize enforcement of secondary traffic violations like expired license plates. The change is important because it reduces unnecessary police encounters with citizens, especially people of color, and that, as it turns out, can save lives. Witness the recent police killing in Grand Rapids, where a routine traffic stop for a secondary vehicle infraction led to a foot chase that led to a struggle that led to a GRPD officer killing Patrick Lyoya with a single shot to the back of the head. Had Grand Rapids enacted a similar policy change, Lyoya’s deadly interaction with law enforcement might not have happened because the officer wouldn’t have been trolling city neighborhoods for someone to pull over. It’s a scenario that has played itself out countless times across the nation and it needs to change. We encourage Lansing leaders to make sure that our police officers don’t engage in pointless and provocative foot or car chases of suspects who aren’t wanted for a felony and pose no known danger to the public. Moreover, the use of deadly force should never be authorized when the officer has the option to deescalate the situation, withdraw from engaging the suspect and wait for backup to arrive, all of which should have happened but didn’t in the tragic Grand Rapids incident.

Even as an energized cadre of Lansing citizens organized to save Lansing’s historic Moores Park Pool, we’re disheartened by the city’s refusal to allocate some of its massive American Rescue Plan windfall to saving the pool. That Mayor Schor and Lansing Parks Director Bret Kaschinske opted not to allocate a single dollar to the project sends the clear message that saving the pool is nowhere close to being a priority. Schor has mentioned the need for a sustainability plan for the pool. It’s a legitimate concern. The annual operating costs for the pool would have to be baked into the city budget. But it shouldn’t be an obstacle to moving ahead with plans to renovate the pool. Sadly, it also appears the city has made no effort to apply for state or federal grants that could, in tandem with a portion of Lansing’s ARP allocation and a share of the city’s parks millage, make the project come to life. The City Council should step in and dedicate at least a million dollars from its federal ARP resources to keep the pool project moving forward. It would represent a generational investment that will ensure healthy outdoor recreational opportunities for Lansing youth and reaffirm the city’s commitment to preserving its most notable historic treasures.