The CP Edit: Policing the police 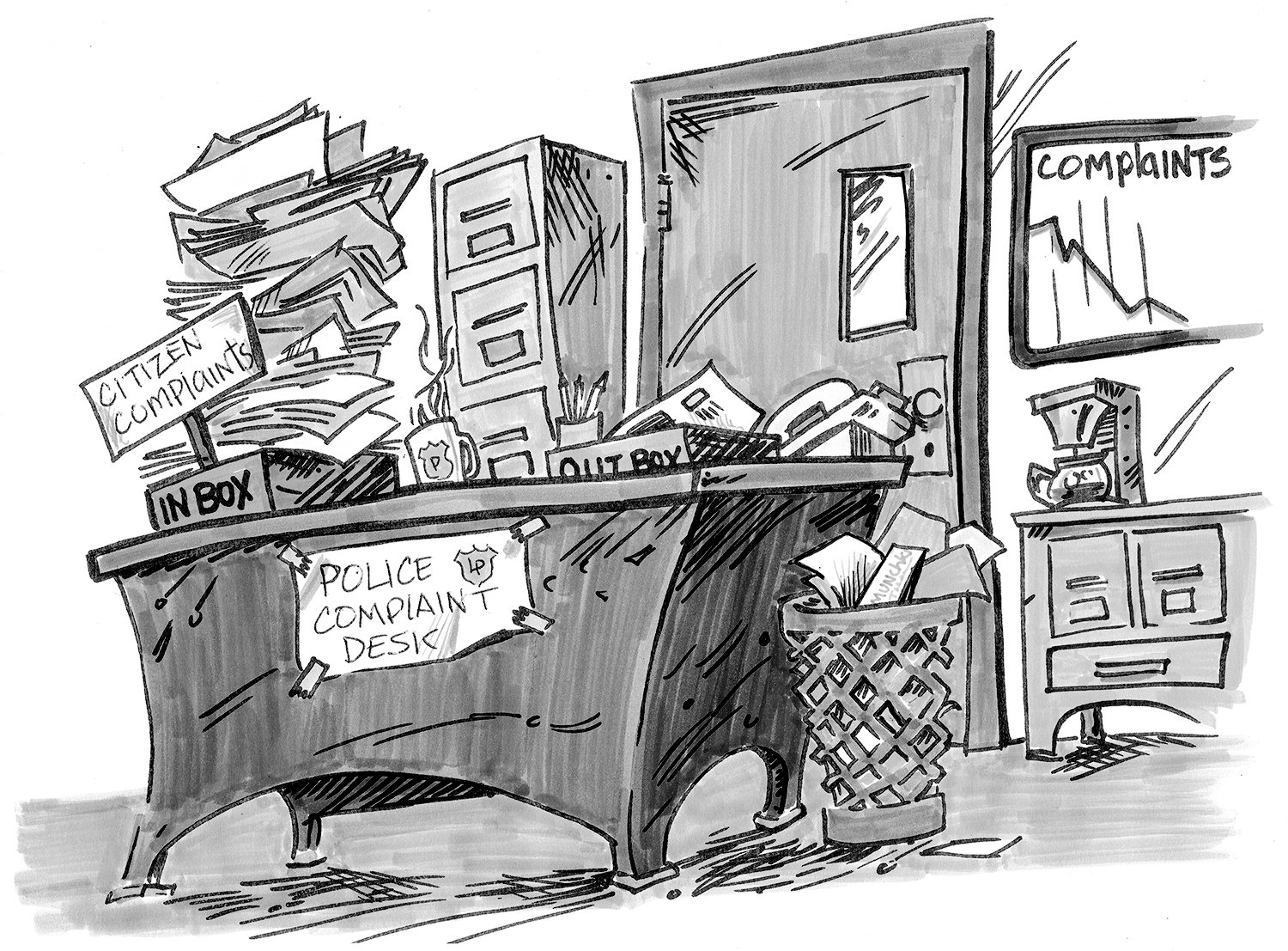 As protests against police brutality subside in cities across the nation, displaced on the nightly news by the never-ending pandemic and the looming presidential election, demands for greater police accountability and transparency are on the rise here in Lansing and elsewhere. There is little question that public confidence in the police has taken a massive hit following the police killings of George Floyd, Breonna Taylor and countless more who came before them. Where you stand on police misconduct depends on where you sit: If you are a person of color, you may genuinely and justifiably live in fear that a close encounter with a police officer could be the last thing you ever do. And, based on available evidence, chances are good that the subsequent investigation will be cursory and the perpetrator will escape any meaningful punishment.

How to enact police reforms that remedy these ills remains a hot topic at Lansing City Hall. On Monday night, the City Council rejected an amendment proposed by First Ward Councilman Brandon Betz to cut $3.5 million from the Police Department budget and redistribute it to community-building programs that address the underlying causes of economic inequality and social injustice. The 5-3 vote was a setback for advocates of defunding police, but it isn’t the end of the debate. Public concern over making the Lansing Police Department more accountable and transparent is likely to continue until meaningful reforms are enacted.

It’s often said that police departments everywhere need to do a much better job of policing their own by getting rid of bad actors and then making sure they can’t simply move on to another department. We agree, but we’re not persuaded that police are capable of policing their own. Law enforcement is a closed society where loyalty to one’s fellow officers is paramount. The phrase “Blue Wall of Silence” wasn’t coined out of malice toward police, but because it captures the essence of the problem with police policing themselves.

To create at least a patina of objectivity, most police departments have an Internal Affairs division charged with investigating misconduct by officers. In the highest profile cases, where criminal behavior by an officer is alleged, police departments routinely refer the investigation to an outside law enforcement agency. While this is a good practice, it’s still just another form of police investigating themselves.

The City of Lansing has for many years employed a civilian police investigator who works for the Board of Police Commissioners. According to the City Charter, the Police Board has considerable authority to investigate police misconduct, including the power to subpoena witnesses, administer oaths and require the production of evidence. These powers are rarely invoked, though, because it appears the commission and its investigator are rarely involved in investigating citizen complaints against the police. This calls into question the validity of the city’s existing framework for holding police accountable.

It’s an open secret that LPD and the police union despise the commission’s investigator (the position, not the person) because they believe it is overly bureaucratic and redundant — duplicating their long-standing internal disciplinary procedures — but also because they believe it erodes public confidence in law enforcement by suggesting they need to have someone watch over them.

Let’s be clear: they need to have someone watch over them. To bring more objectivity to the police investigative and disciplinary process, we support the concept of an independent citizen review board with the power to investigate citizen complaints against the police. Some Council members have suggested that the powers of the existing Police Board should be enhanced and that the commissioners should be elected rather than appointed by the mayor. We’re not convinced that electing police commissioners is a good idea, but we’re willing to consider any reasonable form of enhanced civilian control over the investigation of police misconduct.

The notion of civilian control of law enforcement agencies is deeply rooted in America’s historic reliance on a robust system of checks and balances to guard against potential abuses of power. It’s why the president of the United States, a civilian, is the commander-in-chief of the nation’s armed forces. It’s also why the City Charter designates the mayor of Lansing as its chief law enforcement officer. Even so, the mayor apparently has little authority to challenge disciplinary decisions made by the police chief, and even less authority to change the outcome of appeals under the police union’s collective bargaining agreement. State law provides for binding arbitration when a disciplined officer challenges their punishment and the decision of the arbitrator is final.

These contractual and statutory constraints mean that any form of police investigative board in Lansing will not have the ultimate authority to discipline or fire an officer based on their findings. Yet the existence of a truly independent investigative agency that actually does its job will go a long way toward greater transparency in police misconduct investigations and enhanced public trust and confidence in the police department itself.

For police departments that adhere to the highest standards of professional conduct, greater oversight by a civilian authority shouldn’t be a problem. We encourage Lansing police officials to embrace reforms that help restore public confidence in the performance and integrity of the department and its officers. We also urge Mayor Schor, the City Council and police officials to work in good faith with community stakeholders to evaluate best practices in other communities, then develop a truly independent and transparent capacity to investigate police misconduct complaints.