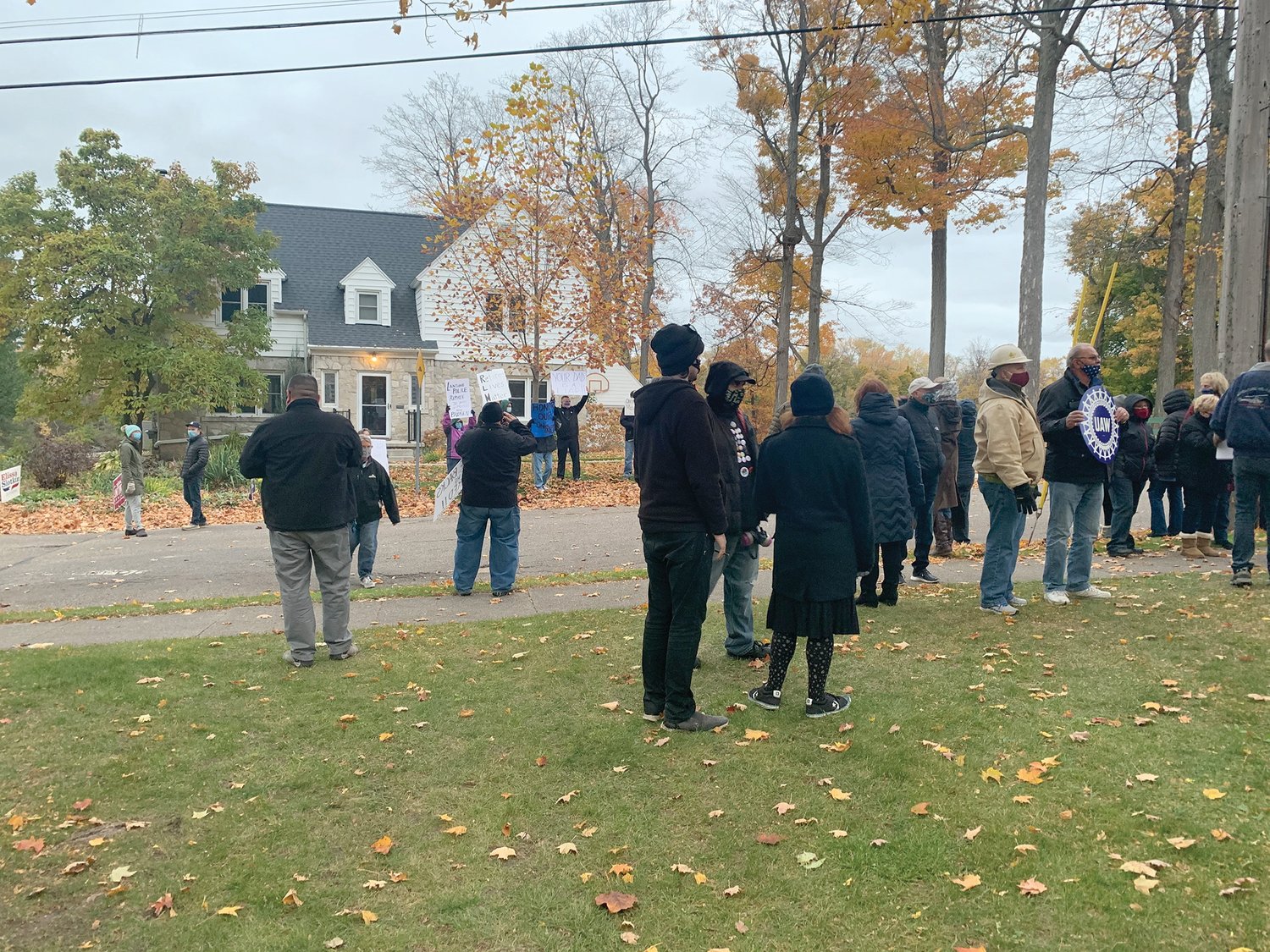 Lansing city retirees are up in arms over Mayor Andy Schor’s decision to rein in the city’s burgeoning legacy costs by reducing retiree health care benefits. The move will save the city an estimated $8 million each year. We feel the retirees’ pain, but we think it’s important to understand the context. This isn’t the first time that retiree benefits have been the subject of cuts and controversy. In the depths of the Great Recession, the Bernero Administration made similar moves out of financial necessity and got the same blowback from retirees. The fiscal crisis now facing Lansing due to the COVID pandemic may make the 2008 meltdown look like a walk in the park. Continuing to kick the can down the road on the city’s long-term obligations for pensions and retiree health care is a risky strategy that could lead Lansing to the brink of bankruptcy.

The sticky wicket behind retiree concerns over the sanctity of their benefits is that in many cases their own unions agreed to contract terms that explicitly link retiree benefits to the benefits provided to active employees. In other words, when changes are made to the benefits for active employees through the collective bargaining process, they are also applied to retiree benefits. With few exceptions, the claim that city retirees were promised an unalterable package of pension and health care benefits for the rest of their lives simply doesn’t hold water. We understand that uncertainty causes fear and that city retirees are deeply concerned about their future financial stability. We don’t mean to be insensitive, but welcome to the club.

There are no easy answers to the city’s financial woes. One theoretical solution is to raise taxes, but in reality it’s not an option due to strict statutory limits on the ability of cities to generate new revenues through higher property or income taxes. Nor is Lansing the only city in Michigan with a rocky financial outlook, which again begs important questions about how cities are (under)funded and highlights the urgency of finding a path to municipal financial stability that doesn’t involve an appearance before a bankruptcy judge.

We do have a few modest suggestions.  For starters, the city should revisit the generous pension benefits provided to police officers and firefighters, many of whom retire with pensions that equal or exceed their annual income while they were on active duty. We don’t buy the argument that the lucrative pensions available to first responders are sacrosanct because they put their lives on the line every day to keep us safe. It’s about math, not hero worship. As legacy costs continue to grow, chewing up a larger and larger share of the city’s finite resources, less money is available to pay the salaries of active employees. In the case of public safety, that will mean fewer police officers and firefighters on duty to protect Lansing residents. Despite calls to defund the city’s Police Department, common sense dictates that a basic level of police and fire protection is essential to the safety of the community.

All of that said, the claims from retirees that they were blindsided by the changes to their benefits could have been avoided. Mayor Schor should have done a better job framing the issue publicly in the context of the city’s ongoing financial struggles and explaining the need for shared sacrifice prior to making the changes. We daresay that he should also lead by example. In the aftermath of the Great Recession, when city employees were asked to make significant sacrifices through pay cuts or furlough days, elected officials and top city executives led by example by reducing their own salaries. We appreciate the resolution passed by Council that authorizes them to take a voluntary 10% pay reduction, but we’ve seen no parallel effort by Mayor Schor or his leadership team to take voluntary pay cuts that would signal to the community, as well as city employees and retirees, that sacrifice starts at the top.

Politicians are fond of pandering to retirees, and Mayor Schor is no exception. His campaign promise that he would never balance the city budget on the backs of retirees probably sounded good at the time, but it was a promise he had no chance of keeping given the city’s long-term obligations for retiree pensions and health care. With the scale of COVID-driven financial destruction just beginning to unfold, this likely isn’t the last time that Schor will have to make tough, unpopular decisions to cut spending. We hope in the future he will do a better job explaining why it is necessary.