The CP Edit: Save the pool 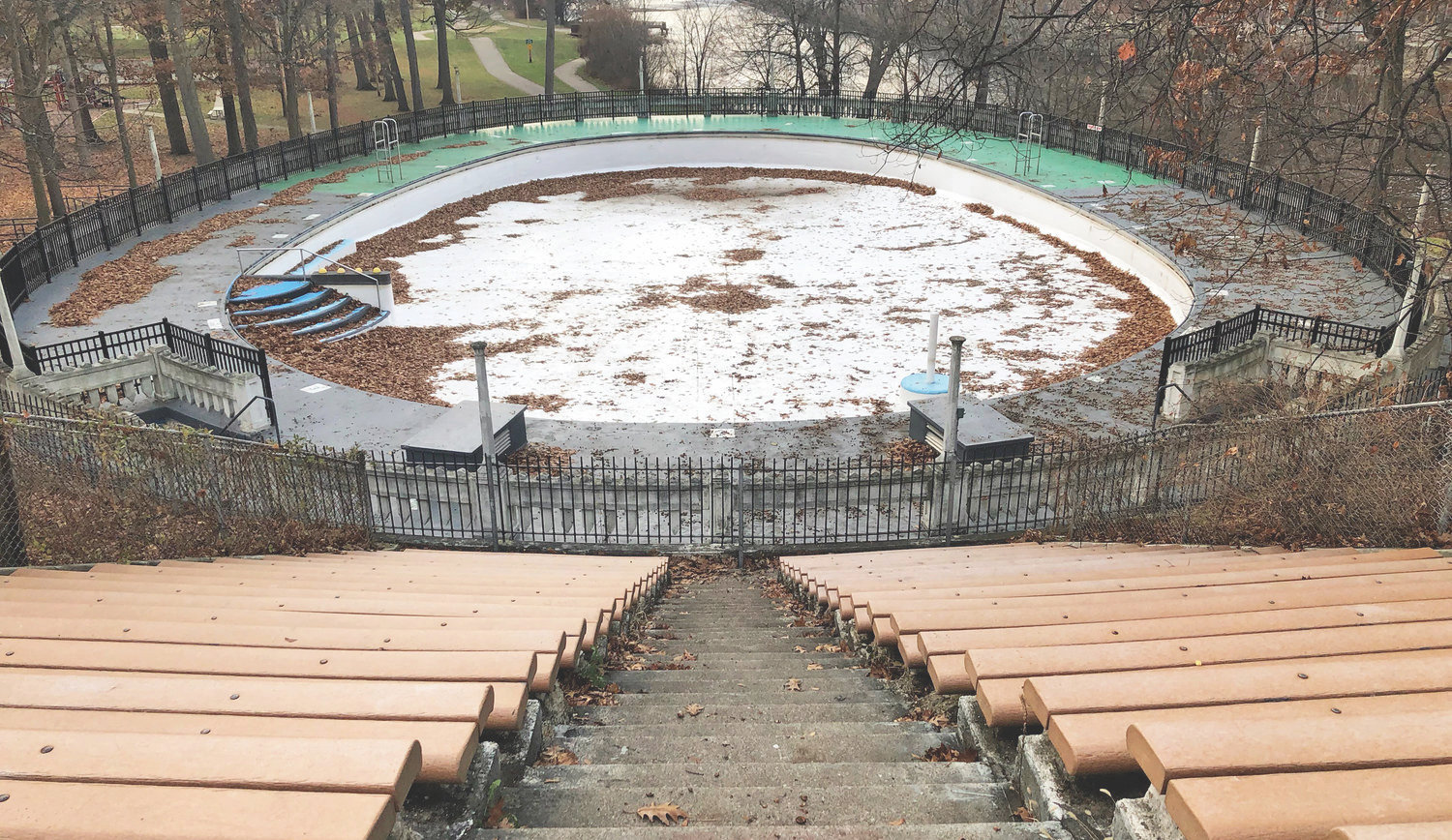 Summer is a long way off, but we can almost hear the joyous sounds of children frolicking in a newly refurbished Moores Park Pool. The distance between here and there is measured not in months, but in dollars, and lots of them.

Built in 1922 and opened for swimmers the following year, the pool was designed by Lansing City Engineer Wesley Bintz and funded by the J.H. Moore Estate. It was the first of many Bintz-designed pools built in cities across the country.  Lansing’s pool was added to the National Register of Historic Places in 1985 and now stands as one of the last of its kind still in operation. Due to myriad mechanical problems, major leaks and an advanced state of disrepair, the pool is clearly on its last lap. Barring a major intervention, it will be decommissioned and relegated to the pages of history.

Historic structures aren’t always worth saving.  When the damage is too severe and the cost of rehabilitation too steep, sometimes it is better to just turn the page. But there are times and places when the story is so compelling and the benefit to current and future generations of city residents so great that it is worth making a substantial investment to transform a crumbling historic icon into a thriving community asset. This is one of those times and places.

A new citizen-led group to save the Moore Park Pool is getting traction with city leaders and making positive strides toward bringing the renovation project to fruition. As a first step, they are raising money to help fund a comprehensive engineering study that will help ascertain the price tag for plugging the leaks and overhauling the pool’s ancient mechanical systems. We think it is also worth considering updates to the pool that offer more modern amenities, similar to the zero entry splash pad features at the city’s Hunter Park Pool that open the experience to youth with disabilities and those who have not yet learned to swim.

The renovation and expansion of the Hunter Park facility in 2006 provides a good template for using the city’s limited financial resources to leverage significant additional funds. The Hunter Park project received a $500,000 grant from the Michigan Natural Resources Trust Fund, which was matched with funds from Lansing’s dedicated parks millage. Because of the historic status of the Moores Park Pool, the renovation project may also be eligible for federal grant funding through the National Parks Historic Preservation Fund and similar programs.

In the past five years the city has sold two major parcels of park property — the former Red Cedar and Waverly golf courses — netting more than $3 million that can only be used to improve the city’s parks and recreation facilities.  Although we don’t think it would be wise to spend all of that money on restoring the Moores Park Pool, we believe it could and should be a major source of local matching funds for the project.

It may seem counterintuitive to suggest spending a million dollars or more on a swimming pool when there are so many other unmet needs in the city, and at a time when city finances are in a shambles due to the COVID pandemic. Yet the funds secured through park property sales cannot be used to fix roads or reduce the city’s legacy costs, so we have no qualms about suggesting that city leaders make funding the pool renovation project a major priority. Truth be told: Children don’t use playground equipment like they once did, but a swimming pool is a guaranteed draw throughout the summer months.

Public swimming pools are an important part of the fabric of a community, strengthening the surrounding neighborhoods by offering quality recreational experiences within walking distance of home. The Hunter Park Pool is a major asset to the East Side Neighborhood and a restored Moores Park Pool can play the same role on the city’s west side. That’s why we are willing to put our support behind the effort to save the pool.

In this season of giving, we encourage our readers to first and foremost help others in need by contributing to our local food banks and homeless shelters.  But, if you have a little bit extra in your charitable budget, we hope you will consider making a donation to the Friends of Moores Park Pool to help pay for the engineering study that is the first step toward giving this historic treasure a new lease on life. Donations can be made through the Michigan Historic Preservation Network by visiting https://www.mhpn.org/MPP.