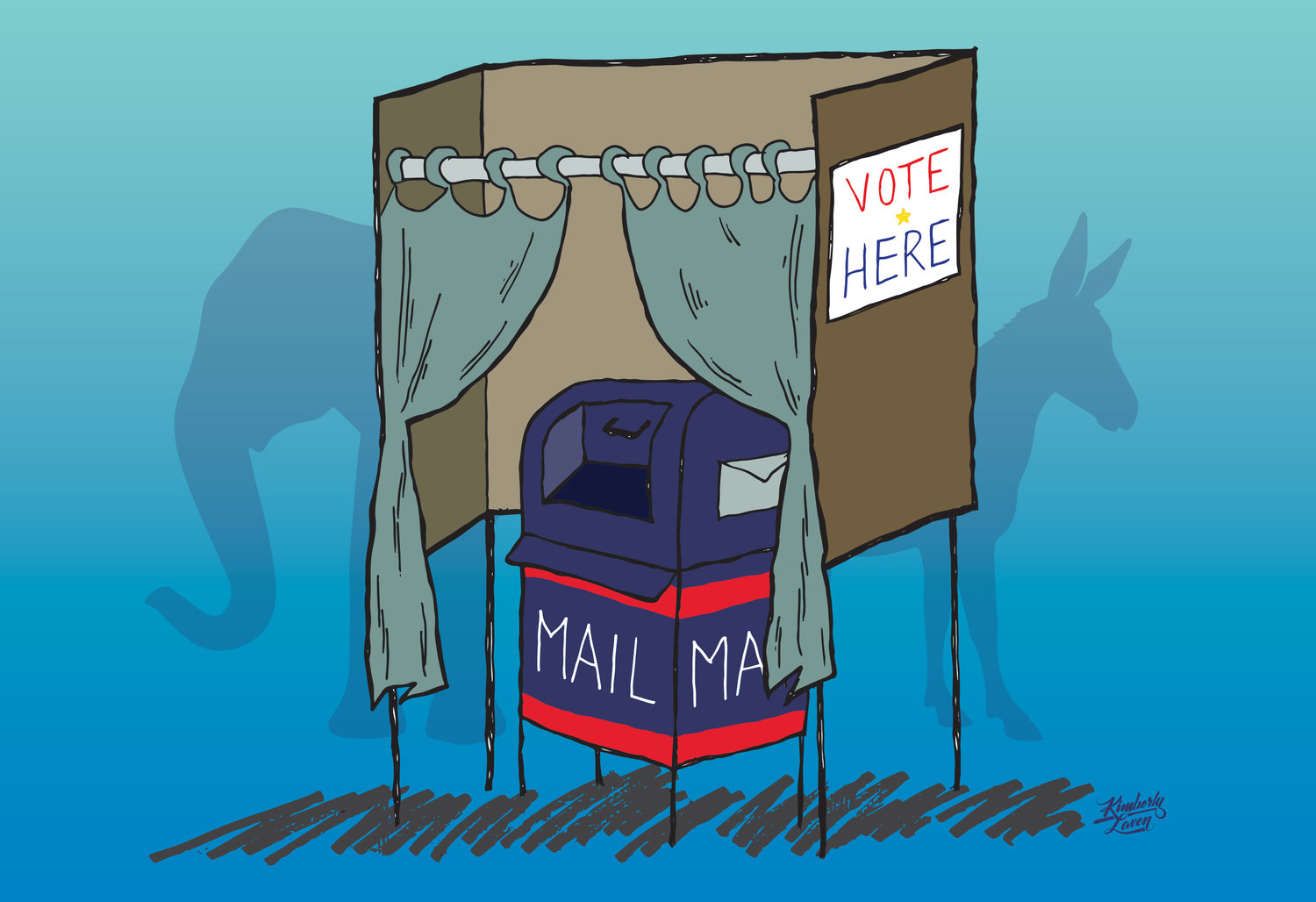 Every once in a while, an elected official comes along who does their job with a compelling combination of humility, humor, common sense and stone cold competence. In Lansing, that official is City Clerk Chris Swope. On the eve of the primary election, in the thick of a global pandemic, Clerk Swope is ready for anything voters may throw at his office next Tuesday and again in November. At a time when we all have a lot to worry about, the integrity of our local elections is not one of them, thanks to Chris and his talented team of election administrators.

First elected by Lansing voters in 2005 and reelected by overwhelming margins thrice since then, Swope, who serves as president of the Michigan Association of Municipal Clerks, is a rock star among his peers. A trailblazer as the first openly gay municipal official in the state, he has earned voters’ trust and repeated endorsement thanks to his relentless drive to make voting more accessible to all while ensuring accurate, timely and transparent results. He’s also modernized and streamlined virtually every other aspect of the clerk’s office, from issuing passports and business licenses to maintaining public records.

Thanks to 2018’s statewide election reform ballot initiative, Michigan voters are able to cast absentee ballots for any reason and can register to vote on the same day the election is held. These proven strategies to increase voter participation were long overdue, but they are timely and impactful for another reason: With a deadly pandemic raging across the country, voters are understandably hesitant to gather at polling places. Without no-reason absentee voting, turnout for the election likely would be drastically reduced.

In the runup to next week’s election, Clerk Swope has already mailed out more than 22,000 absentee ballots — triple the number from just two years ago — and predicts that 25,000 or more citizens will vote either by absentee ballot or at the polls, an astonishing number for a primary election. That figure is expected to more than double in November. Dealing with this massive surge in absentee voting is no easy task, but Lansing’s clerk has risen to the challenge. Although it won’t arrive until after the primary election, Swope has acquired a second state-of-the-art tabulator that will ensure speedy processing of ballots for the general election. Even so, the final count is likely to take considerably longer than usual.

Barring technical glitches, any blame for counting delays certainly won’t rest on Swope’s shoulders. Despite pressure from Secretary of State Jocelyn Benson and local election officials across the state, the Michigan Legislature still has failed to pass measures that would expedite the processing and counting of absentee ballots. Senate Bill 757, sponsored by Ruth Johnson, the former secretary of state who chairs of the Senate Elections Committee, would allow clerks to open absentee ballot envelopes the day before the election. The bill was approved in committee but has languished on the Senate floor since the end of May.

Even more progressive legislation that would allow absentee ballots to be opened — and tabulated — prior to Election Day remains stuck in committee, largely due to Republican claims that election results could be leaked to the public prior to the polls closing, influencing the outcome of contests on the ballot. Of course, nothing of the sort has actually happened in the dozen or more states that allow early absentee ballot counting, but facts have never been an obstacle when it comes to advancing the Republican’s voter suppression agenda. We recommend that skeptical Michigan legislators reach out to their friends in Arizona, where Republicans have controlled the Legislature and Governor’s Office for more than a decade, and where absentee ballots can be counted up to two weeks prior to Election Day. State law makes it a felony to release any results before the polls are closed.

We would be remiss if we didn’t also mention the lies and hypocrisy of the current occupant of the White House, who regularly expresses his disdain for absentee voting and makes absurd claims about voter fraud, even as he and his feckless minions routinely cast their own ballots by mail. To help blunt the baseless claims that absentee ballots enable voter fraud and to alleviate more realistic concerns that a ballot could be lost in the mail, Clerk Swope has once again gone the extra mile, adding a unique barcode to every absentee ballot that allows it to be tracked as it moves through the postal system. Voters can even receive text or email updates on the delivery status of their ballot. These timely innovations are a credit to Swope and his superior performance as the city’s chief elections administrator.

If you go to the polls next Tuesday, please mask up, be kind to the poll workers and maintain social distancing from your fellow voters. With the primary election less than a week away, if you have not already mailed your absentee ballot, you would be well advised to bypass the post office and deliver your completed ballot to the Clerk’s office on the ninth floor of City Hall. You can also use the 24-hour dropboxes on the City Hall plaza or at the South Washington Office Complex. Not registered to vote? Stop by the Clerk’s Office and get signed up to make your voice count.