The CP Edit: Vax the Nation 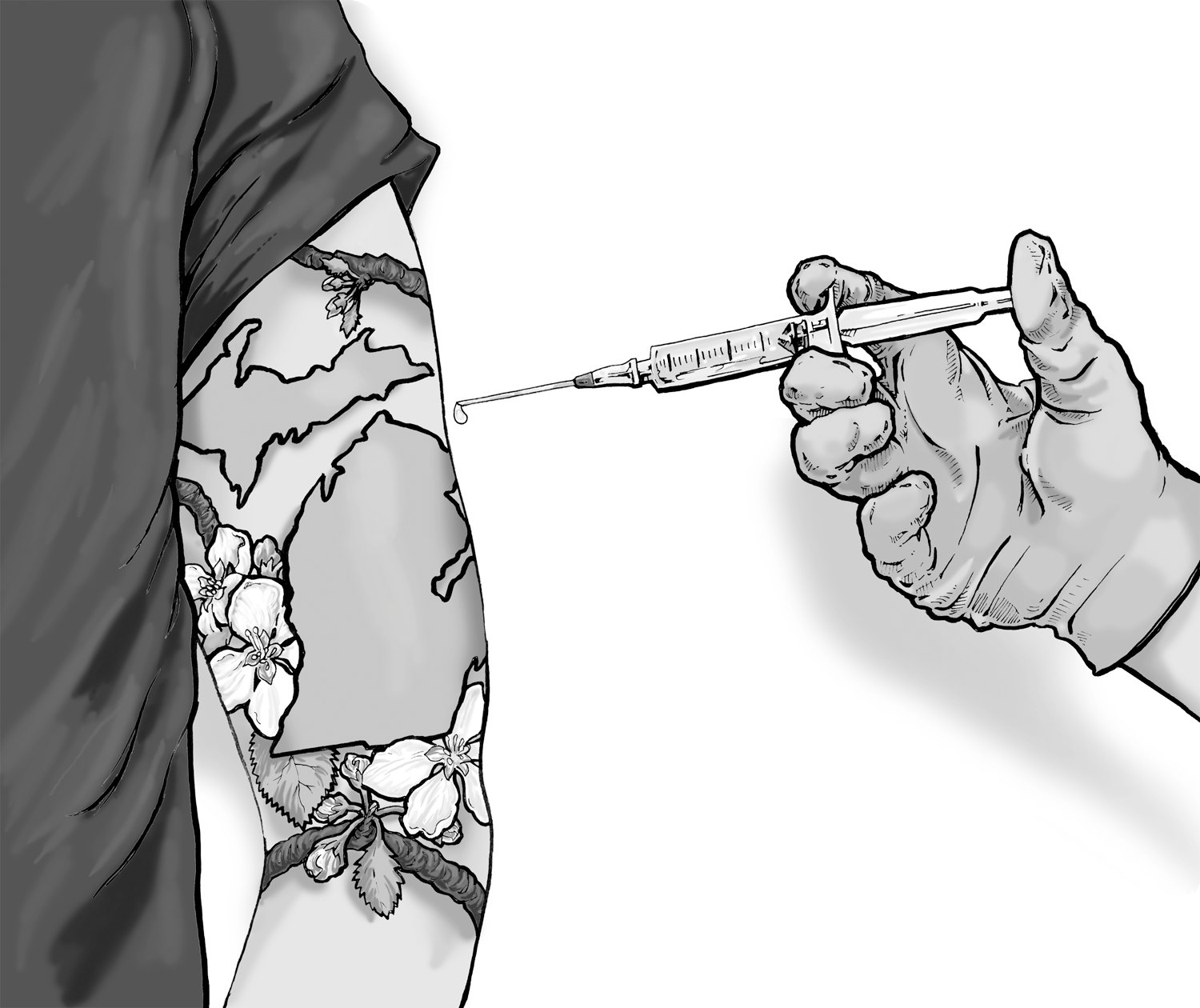 The global campaign to vaccinate as many humans as possible against the ravages of the coronavirus is officially underway. Not surprisingly, it didn’t start in the U.S.A. but in England, where a 90-year-old Coventry woman became the first person to be injected with Pfizer’s recently approved vaccine. Second in line was none other than William Shakespeare, an elderly British chap who said after getting his shot, “Thou hast stricken the plague from thy being, verily.” We’re kidding about the quote. We’re not kidding about the most profound public health imperative since 1918 — vaccinating hundreds of millions of people as the only surefire way to stop the COVID scourge before it takes countless additional lives.

Most countries will have no trouble vaccinating a large portion of their population for, well, obvious reasons. No place else on Earth has an anti-vaccine movement as virulent as the U.S., and no other nation’s populace is so sharply divided that even the simplest act of human decency — wearing a mask during a pandemic — has devolved into a morass of partisan political insanity. Between anti-vaxxers spreading their misinformation and regular citizens understandably afflicted with “vaccine hesitancy,” we think it will be a long while before even half the U.S. population is vaccinated, and that spells trouble for the incoming Biden Administration’s efforts to create and implement a national COVID strategy.

The anti-vaxx movement isn’t a new phenomenon. Despite the fact that immunization is one of the most significant public health achievements in human history, all but eradicating diseases like smallpox, polio, mumps and diphtheria, history is replete with examples of anti-vaccination crusades here in the U.S. and elsewhere. Shortly after Edward Jenner developed the first smallpox vaccine in England in the early-19th century, opposition sprung up from all directions. Religious leaders objected because they didn’t trust science or medicine. In an all-too-familiar refrain, others objected because they believed it impinged on their personal freedom, surely an affirmation that the more things change, the more they stay the same. Anti-vaccination leagues were formed and protests were held. The movement gained even more steam when the British Parliament adopted a mandatory vaccination law in 1853 to stem the tide of smallpox.

Lest you think our government doesn’t have the authority to mandate vaccination, think again. The U.S. Supreme Court ruled in 1905 that states have the power to compel their citizens to get vaccinated in a public health emergency. In today’s hypertoxic political climate, it is wildly improbable that any governor or state legislature will even contemplate such an action. But we never say never: If the pandemic continues to spiral out of control, mandatory vaccination may become an increasingly attractive option to defeat COVID, just as it was in the fight against smallpox 150 years ago.

Today, the anti-vaxx torch is held high by brainless B-list celebrities like Jenny McCarthy and faux-experts who inflame people’s opposition to vaccines by trading in conspiracy theories and debunked studies that claim to have established causal links between vaccines and all manner of maladies, including autism and Attention Deficit Disorder. We can already picture their heads exploding at the thought of government-mandated vaccination.

Just as today’s anti-vaxxers are the proximate cause of new outbreaks of diseases like measles and whooping cough, those who agitate against vaccination and their followers will be the proximate cause of COVID continuing its reign of death and economic destruction. Predictably, they will blame others, just as those whose reckless actions continue to drive the pandemic by refusing to wear masks or avoid social gatherings blame everyone but themselves for overwhelmed ICU wards and government-ordered lockdowns.

Thankfully, the COVID vaccine is finally on its way to a health clinic near you.  According to Ingham County Health Officer Linda Vail, widespread availability of the vaccine for rank-and-file citizens isn’t likely until at least next spring, which suggests we will be masking and distancing for quite a while yet. We have no argument with the CDC’s recommended approach to prioritizing who should be first in line to receive the vaccination.  Frontline health care personnel are the tip of the spear in the fight against COVID and need immunity as soon as possible to continue doing their jobs and protecting their own families. Residents of long-term care facilities will also be at the head of the line. Essential workers, including first responders like police and firefighters, will be a high priority so they can interact with the public without fear of getting infected. Senior citizens and those with high-risk, pre-existing conditions that make them more vulnerable to the coronavirus will come next.

Still, after four years of the anti-intellectual, anti-government carnage wrought by Trumpism, we think it’s going to be a good long while before America’s belief in science and faith in government is strong enough to sustain widespread immunization and an effective national strategy to beat COVID. It seems that COVID deniers only acknowledge reality when the disease directly impacts their own families. We shake our heads with pity every time we read a story about a COVID denier whose last words before succumbing to the disease expressed deep regret for not having believed the coronavirus was real.

Don’t let yourself or your family suffer the same fate.  When the coronavirus vaccine becomes available, step up to the plate and get the shots. Do your part to advance the ubiquitous immunity that is essential to slowing down and eventually defeating COVID. Encourage your family and friends to do the same so we have at least some hope that 2021 will be a harbinger of normalcy rather than yet another disheartening, deadly chapter in our long, national COVID nightmare.