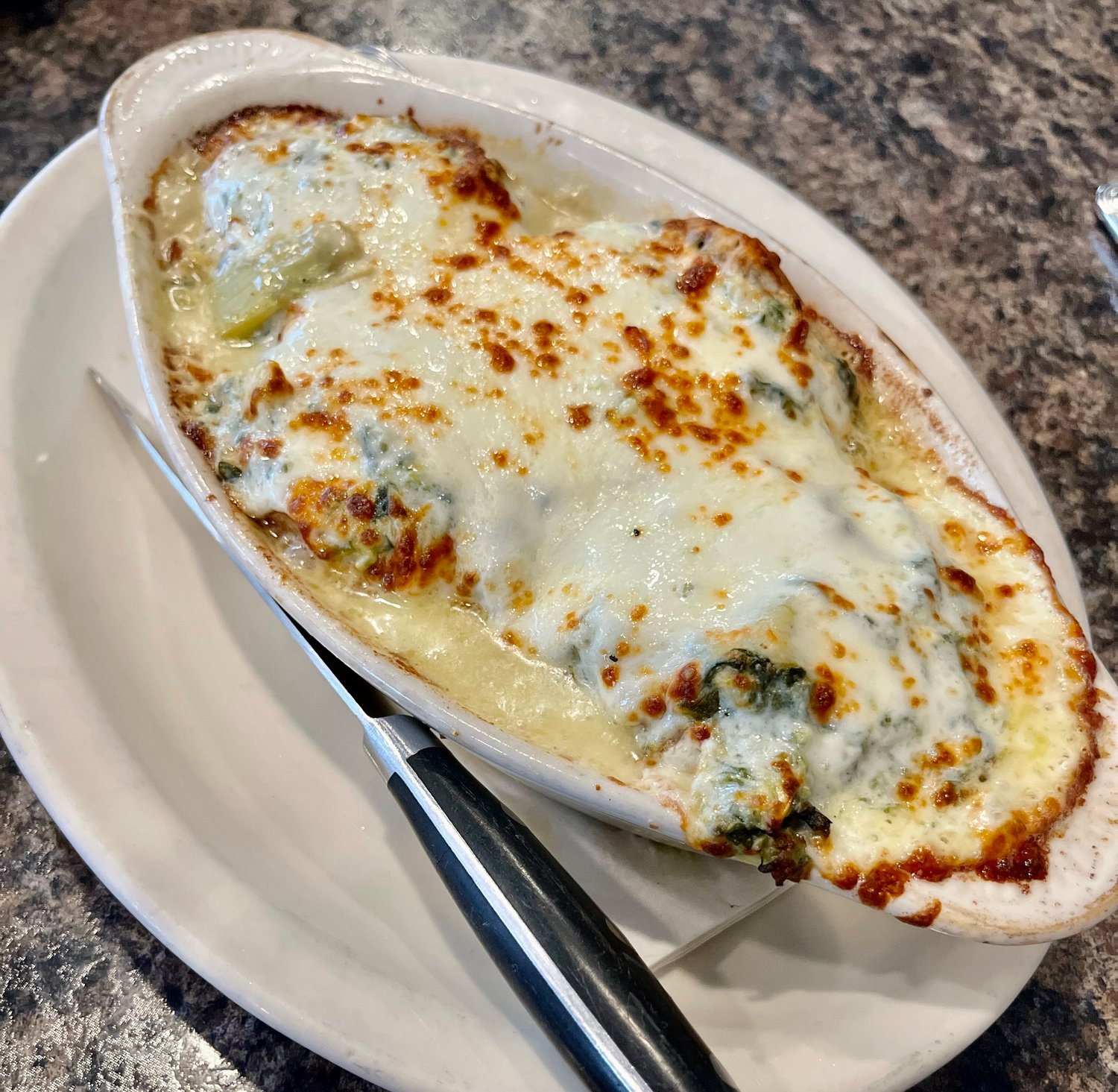 On a rainy evening a few weeks ago, a few friends and I ventured to Piazzano’s on North Grand River — the place “where good friends meet.” The family-style restaurant was buzzing at the start of the dinner rush.

The menu has a little bit of everything, from Italian fare to Mexican dishes. I wasn’t sure what to pick, but I was hungry. I wanted an appetizer to start, and I debated between the fried mushrooms and spinach artichoke dip (which is my go-to). I decided on something that would combine the two: Stuffed mushroom caps. The mushroom caps come filled with either spinach or crab (I chose spinach) topped with cheese and “baked to perfection,” as the menu described it.

The dish came fresh out of the oven, piping hot and overflowing with cheese. I could hardly tell there were mushrooms under the thick layer of all the cheese. When I dug in, I found four giant mushroom tops. The mozzarella was gooey and melting off of the mushrooms, and the dish was basically spinach dip on four mushroom caps. It was so delicious. I almost didn’t save room for my ​​entrée. Almost