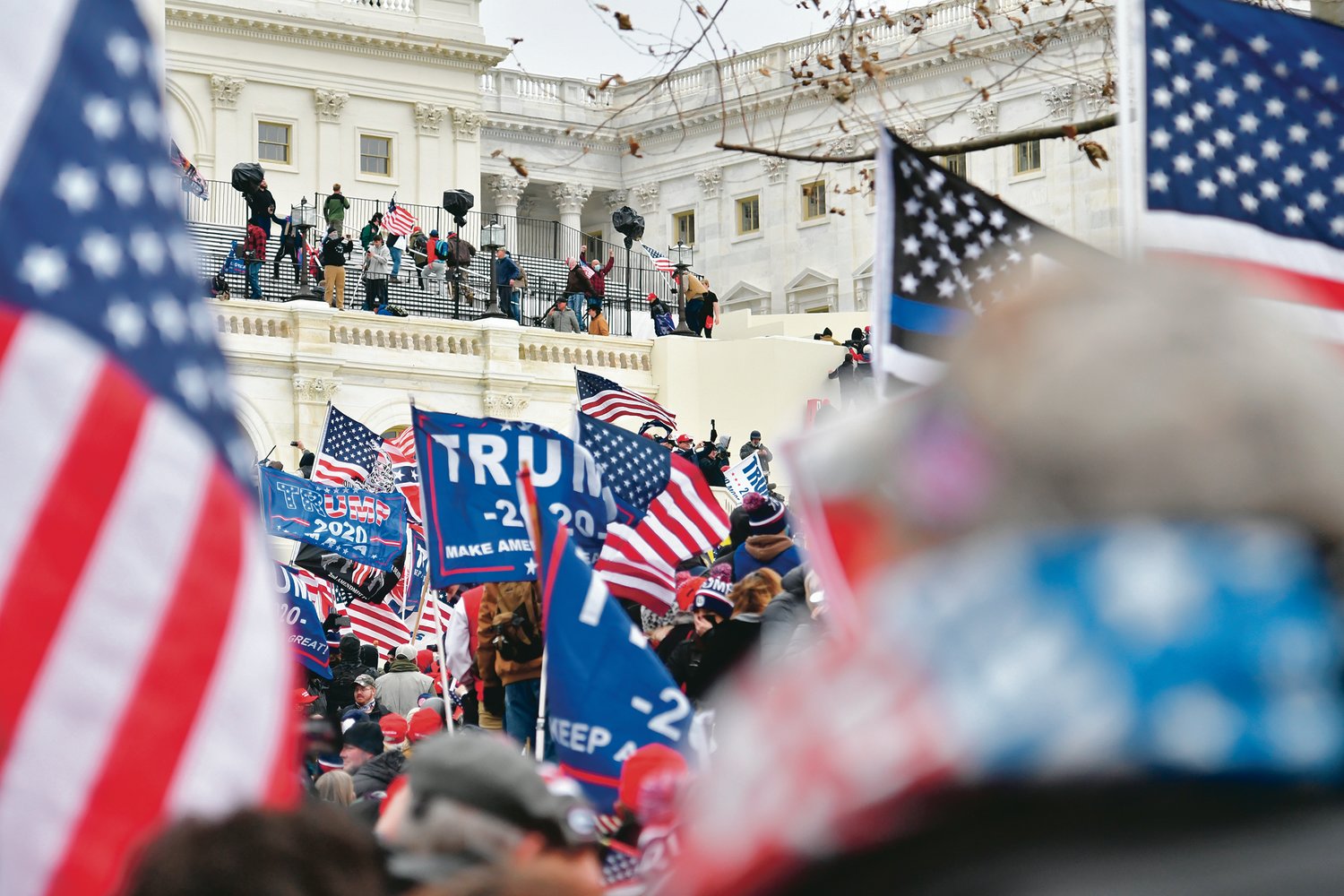 Posted Thursday, September 22, 2022 12:01 am
This is the first in a series of editorials leading up to the Nov. 8 General Election.

We need to vote this year to save our democracy. It is that simple.

The Nov. 8 election is still about voters’ deciding which candidates and ballot issues best represent their views and interests. But it is increasingly evident that the 2022 General Election is also about stopping the erosion of our democratic system. We are faced with a raft of candidates — running for everything from local school board positions to the highest offices — who are seeking to undermine democracy itself. Our overriding concern is not about differences of opinion on abortion, climate and other important issues — though we do not make light of the extreme right-wing ideas of many candidates, either. Rather, our fear is fed by how many of these local and statewide candidates believe (or at least profess to believe) that  Joseph R. Biden was illegitimately elected president. These election deniers must be stopped.

Here’s a quick review of the Michigan GOP’s trip down the conspiratorial rabbit hole.

Their gubernatorial nominee, Tudor Dixon, has repeatedly said that Donald Trump won the 2020 election due to some vague, unproven, coordinated multi-state fraud scheme. Trump endorsed both her and her running mate, Shane Hernandez.

This same fantasy drove Matthew DePerno, the GOP’s attorney general nominee, into politics last year. He used his campaign as a political shield from possible legal charges as his crew snuck away with ballot tabulators to prove somebody did something to them. His thinking: How else could Trump have lost?

And lastly, Kristina Karamo, the secretary of state nominee, became a cult hero for screaming that something didn’t smell right at Detroit’s TCF Center when ballots were being counted 22 months ago. She’s right. That fishy stench was her gang’s demand to stop counting ballots.

Feeding the vivid imaginations of the exploitable who can’t come to grips with Trump’s loss is shameful. It should earn them roles on an X-Files Redux, not state leadership roles.

This trio has no business even being elected precinct delegate.

Up until recently, Dixon was most recently a news commentator on an obscure TV network that’s to the far right of Fox News. DePerno and his former client, disgraced former Rep. Todd Courser, were forking over $20,000 to The Detroit News to settle a defamation suit he lost against the newspaper.

Karamo was calling abortion “child sacrifice” and sniffing out satanism in modern culture through a mercifully short-lived podcast.

Yet, these three could win. It could happen. Really.

We need to vote.

Michigan needs to send a signal back to Mar-A-Lago that we in Michigan underestimated Donald Trump once in 2016. We must not elect him or his charlatans again in 2022, 2024 or any other future election.

Absentee ballots are scheduled to go out in Lansing on Sept. 29. Election day is Nov. 8. Stopping them means taking a few other critical votes.

For starters, practical and accessible U.S. Rep. Elissa Slotkin must return to Congress to continue her thoughtful representation of mid-Michigan. The two-term member isn’t banging the liberal drum as loudly as progressives would want. Still, the upside is that she forges reasonable compromises designed to make prescription drugs cheaper and our environment cleaner.

Anyone who truly believes Republican Tom Barrett would do the same forgets his stint as the unofficial legislative point-person of the pre-pandemic anti-vaccination crowd. In 2021, MIRS News ranked Barrett as the state Senate’s most conservative member, over hard-righters like Sen. Lana Theis, who called a fellow senator a “groomer” in a fundraising piece.

On the legislative front, all area Democratic candidates are worthy of your vote. The Citizens Independent Redistricting Commission didn’t draw many competitive districts in the Lansing area, but two are worth noting.

The first is in Okemos and rural Ingham County, where studious Rep. Julie Brixie is looking at a third term against former state Canvasser Norm Shinkle, the guy who refused to certify the 2020 election.

In the minority, Brixie called out Republican legislators like Matt Maddock, who float half-baked impractical ideas to score cheap political points. We’d love to see what she would do chairing a committee.

Rep. Angela Witwer has been a bipartisan deal-cutter within the House Democratic caucus whose practical effective approach to the job is the right fit for her moderate Eaton County/Delta Township district.

The ballot will also include three proposals: abortion rights, expanded voting rights and term limits in the Legislature. We will examine the latter two in a subsequent editorial. In last week’s paper, we stated why we support the abortion rights proposal, which is transcendingly essential to pass.

As the result of a battle led by Gov. Gretchen Whitmer ever since the U.S. Supreme Court struck down Roe v. Wade, you will have the opportunity to enshrine a woman’s right to an abortion into the Michigan Constitution. Moreover, this proposal must pass to prevent this right from being thrown into legal limbo.

The fact that we’re even voting on this measure shows you the dangers of electing Republicans who push the boundaries of the fringe every year. Their reactionary dogma inflames the imagination of an under-informed, angry population who want overly simple solutions to complex issues.

We’re not electing a president this year, but this election is just as, if not more, important than a presidential year.

Michigan needs to make the real progress that comes with Whitmer back at the helm with a Democratic-controlled Legislature and a constitutional right to abortion firmly in place.