The learning ways of Black clergy 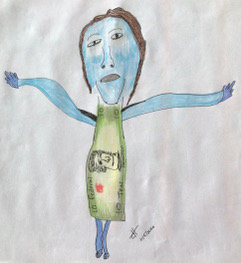 It’s the end of Black History Month, and I want to draw attention to Black clergy. Clergy have all-encompassing vocation. They can be found pretty much everywhere. They marry and bury people. They keep the Black community on stable ground. They speak from the pulpit and also in the street. They mediate when there is race-based civil conflict.

For example, the counsel of the Rev. Melvin Jones, pastor of Union Missionary Baptist Church, was sought in summer of 2020 when Lansing was in a precarious situation after the killing of George Floyd. And Jones, and the Revs. Joseph Graves Sr. and Lester Stone were key in the battle to rename one of Lansing’s major north-south thoroughfares. It went from Logan Street to Martin Luther King Jr. Boulevard in 1994 after an eight-year struggle.

Much of the training of clergy happens on the fly. They learn as they minister. Today I want to share how in Lansing I saw two members of this revered profession learn on the job.

I sat next to the Rev. Stone at the funeral of another legendary Lansing clergyman, Joseph Graves, pastor of Mt. Zion Missionary Baptist Church, on Ballard Street. This was a funeral like I have never been to, and I say that having reported the funeral of Soapy Williams, one of the most beloved governors of the State of Michigan, whom Democrats and Republicans elected with pride.

The church was packed for Graves’ funeral. Preacher after preacher from near and far came to the pulpit to laud and celebrate the senior member of Lansing’s Black clergy. I was mesmerized. Their way of delivering words, their manner of phrasing, the timbre of their voices, the skill of a joke at the right place, of instilling humor into situations that were no joke. It was wonderful. I was mesmerized by the oratory in the tradition of Dr. King and Frederick Douglas.

I had my notebook out, taking notes for my report. Beside me, the Rev. Stone had a notebook out as well. At that time, Stone was pastor of Friendship Baptist Church, a granite beauty that sat near the corner of MLK Jr. Boulevard and I-496.

Intensity flowed off Stone as he wrote furiously. I leaned over to him to whisper, “What are you doing?”

“I’m writing down what they are saying.” His tone said he was annoyed to be interrupted, but he continued.  “This is great stuff. I am going to use some it in my sermons.”

It is how preachers learn to preach: by paying attention to other great preachers.

But during the summer, I went back to my roots and visited Lansing’s Black churches. One Sunday my daughter and I found this small, sweet church on Maple Street near Old Town. It was St. Matthews AME. At that time it was pastored by the Rev. Versey Williams. She was beautiful with perfect hair and makeup. She dressed and spoke well.

After meeting the Rev. Williams at church, I started seeing her around the community. The next winter I saw her at a community event.

She was glad to see me, but she seemed a little uneasy. Maybe because another way of saying clergy is the phrase man (or woman) of the cloth, and I had commented on her wonderfully warm-looking, full-length mink coat.

She explained she had to buy the coat. For her job. For funerals. In winter. When she officiated, and especially when she attended a colleague minister’s funeral and the committal at the grave. That cemetery ceremony could go long. And there she was dressed in heels, nylon stockings, dress, collar, and sensible cloth coat. She was freezing. So she bought a fur coat. She had learned self-care is the first step to doing a good job.

The job of clergy

Being a pastor is more challenging than most people could ever imagine. Especially people who attend only on Sunday or, increasingly, do not attend church at all. The job is not simply reading the Bible in their study. Clergy need to learn many skills and coping mechanisms that are not taught in divinity school. Mostly, the job means applying Christianity to the real world, especially for Black clergy.

The Black clergy have been key in gaining and maintaining political power by  encouraging Black people to vote. They have helped with financial power by helping people to get jobs.

Since slavery, Black clergy have been key to the survival and progress of Black people in the United States. And they made history.

If you want to know more about the Black clergy and the church communities they serve in America, tune into Professor Henry Louis Gates Jr.’ PBS series “The Black Church: This is Our Story. This is Our Song” at  https://www.pbs.org/show/black-church/.

(Longtime journalist and educator Dedria Humphries Barker, of Lansing, is the author of a book about education for girls, “Mother of Orphans: The True and Curious Story of Irish Alice, A Colored Man’s Widow.” Her opinion column appears on the last Wednesday of each month.