Flash in the pan: The lovage is real: Celery on steroids 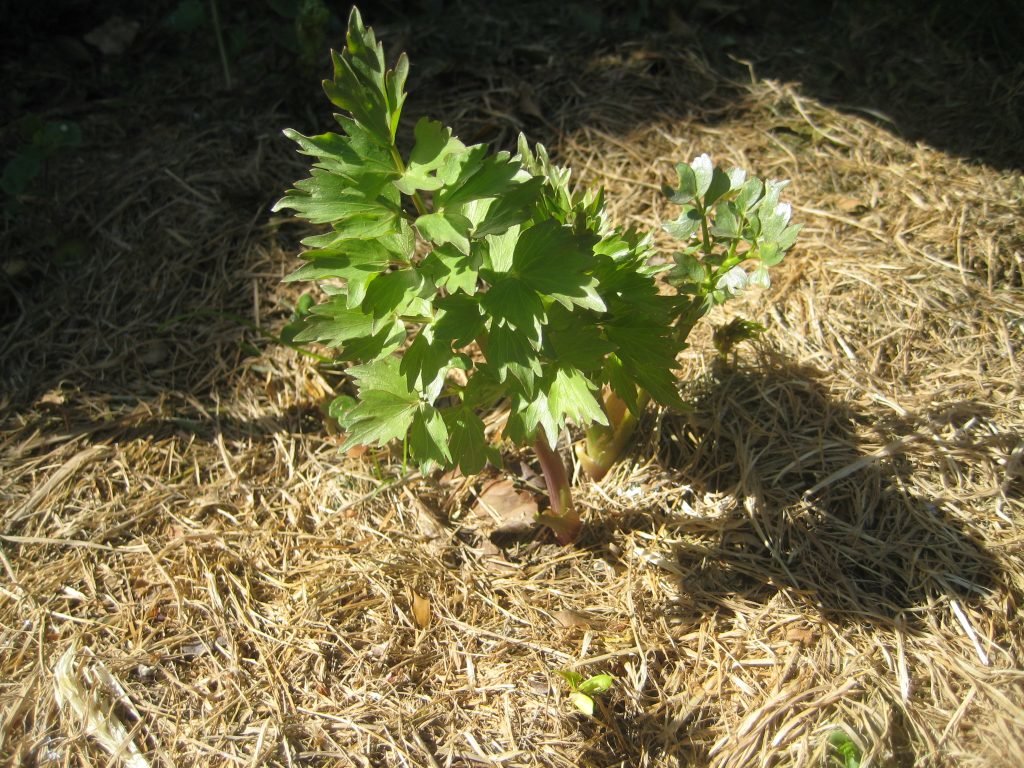 Like a weed, lovage thrives on being ignored, but it doesn’t spread.
Andy Roberts
Posted Thursday, May 5, 2022 12:00 am
ARI LeVAUX

I first felt the power of lovage in a box of Rapunzel brand vegetable bouillon with herbs. After my first taste, I had to double check the label to make sure that it was, indeed, meatless. Then, I read the fine print to figure out why.

Along with some familiar suspects — garlic, celery, parsley, dill, basil, turmeric, brewer’s yeast, salt and oil — the bouillon contained this crazy little ingredient called lovage. I figured it was the missing link to complete the flavor of this satisfying elixir. I searched the grocery stores around town and found two more brands of vegetarian stock that also contained lovage. These brands also had rich, deeply satisfying flavors.

At the local herb store, there was a small jar of dried lovage root hiding behind the lungwort in what appeared to be the Harry Potter section of Butterfly Herbs. It had a smoky, musky flavor that was not what I wanted in food. Probably great for spells and stuff, but not for soup stock.

Levisticum officinale was first brought over by European settlers, who used every part of the plant as vegetable, herb or medicine. Obscure yet ubiquitous, the plant now grows wild from Florida to Saskatchewan. Lovage is a tenacious plant, happy to be ignored, with no immediate relatives. It has the flavor of supercharged celery, and makes your mouth a little numb, like Sichuan pepper. This tingling action, like a low-level electric current, opens up intriguing possibilities for drink mixing.

The Missouligan is a lovage-based drink from Missoula, Montana. It’s named after a softball team, and is composed of gin, huckleberry shrub and club soda. You serve it with a lovage straw — aka, the hollow stalk.

“Folks who really love lovage can muddle a leaf or two at the bottom of the glass,” explained the drink’s co-creator, Marc Moss, who has multiple lovage plants in his yard.

If you don’t have lovage plants of your own, good luck finding any fresh lovage straws. Based on my experience at the herbs store, I’d be hesitant to order any lovage products from afar.

I finally found lovage at the farmers market in the form of a potted plant for sale. I brought it home, where it became the toughest plant in the yard. Like a weed, lovage thrives on being ignored, but it doesn’t spread. Every year the lovage grows tall and beautiful, with more flavor than I could enjoy in 10 lifetimes.

Finally, with fresh lovage of my own, I sipped Missouligans and messed around with broth making. First, I used the ingredients on the Rapunzel label. I also tried a simpler version with just lovage, carrot, onion and celery. After cooking everything together and straining the chunks, I was left with an aromatic broth as hearty as it was thin. I used it to cook a pot of black beans.

They turned out savory and meaty, even when I didn’t add pork, thanks to that satisfying whiff of lovage.

The beans take on an extra savory tone, thanks to the lovage. And if you’re inclined to add pork, you know that never hurt a pot of beans. This recipe leans south, deep into bean country. In this context, the lovage is a nod to the fragrant epazote, and you can serve with rice and garnish with chopped onions.

1 bunch parsley, chopped in half, with one green leafy side and one side of mostly stems.

Salt and pepper to taste

Cook the beans until soft, with whatever means you have available. If you have a pressure cooker or instant pot, use that. If not, soak the beans overnight and cook them for a few hours until soft.

Add the lovage, carrots and celery to a large pot of water. If you have a pasta basket insert, use that for easier removal of chunks when the time comes.

Add the fried onion and parsley to the pasta boiler, along with the dry spices and the vinegar. Let it continue cooking until the liquid has reduced to just below the basket. Then strain the chunks – or remove the pasta basket with the chunks – and add the cooked beans to the stock.

If using canned beans, include the liquid. Add the pork if using. Put the pasta cooker and veggies back in, on top of the beans, and simmer for at least an hour, seasoning with salt and pepper as it cooks. Simmer it for hours if you can. Serve with rice and chopped onion or chives.