Turn It Down: From Big Sur to ‘Hemlock’ 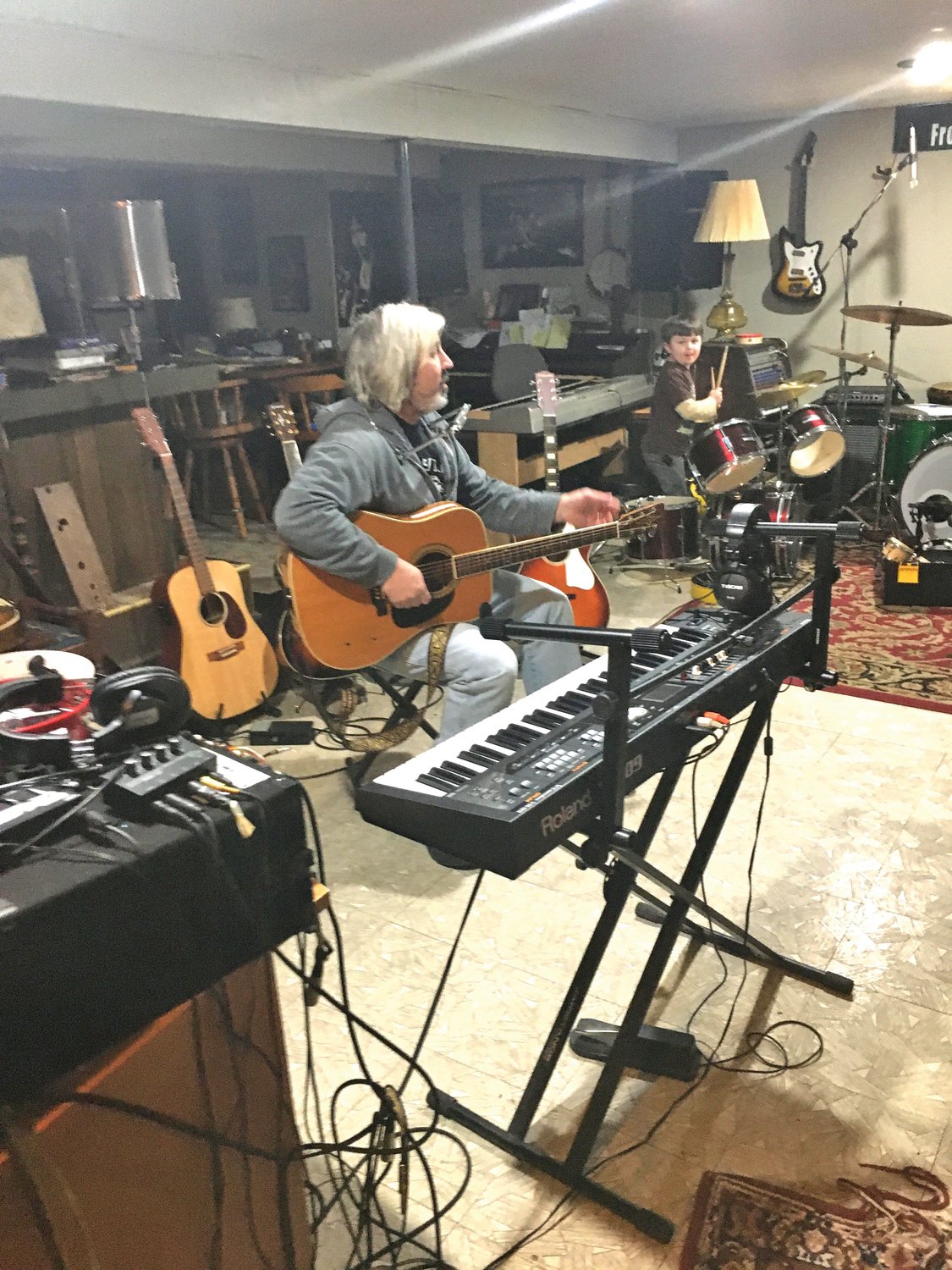 For more than a decade, From Big Sur has been a staple in the Lansing music scene. The rock ’n roll band has gigged across all across the city, including frequent spots at Moriarty’s Pub and the Green Door. Along the way, the outfit has released a stack of dynamic albums.

Band member Kevin Ream (guitars, piano, banjo and vocals) has contributed to all of From Big Sur’s catalog, but also produces his own solo records, including the newly released “Hemlock” LP. Ream chatted with City Pulse about the new album, and tells how he explored folk-rock, pop, classic honky-tonk and various other experimental sounds to create this latest disc—his fourteenth self-produced studio LP. The songwriter also talks about an upcoming special project honoring one of his former From Big Sur bandmates, the late Adam Jonathan Jones.

Looking back, when did you first get into penning original songs?

Kevin Ream: I started writing songs at a very early age. I got serious about it when I was 14 and started my first band. I grew up with my dad being a huge Beatles fan, which led to my early writings. In high school I was very inspired by The Verve Pipe’s “Pop Smear.” That album led me to Station C studio in Grand Rapids, where my college band, The Roswells, recorded our first album. I also snaked my way into an internship at Station C.

These days, what are you up to outside of music?

When I’m not writing and recording, I’m a dad and husband to my beautiful family. I dabble a bit in podcasting [“The Vinyl Cut”] and producing but my day job is painting. It’s a great job for someone like me who usually has their head in the clouds. You can compose symphonies while staring at walls.

The new LP was self-produced? Where do you record?

“Hemlock” was recorded at my Cut and Run Studio in East Lansing. It was recorded in isolation during the pandemic with myself playing and singing most of it. I engineered and produced the album, but I did have some socially distanced help from great friends and musicians. The guys in From Big Sur play on a track. Will Metz from Big Willy laid down sax on a couple tracks and Rod Sanford played some great baritone guitar on a track. They recorded their parts in their home studios then sent me the tracks to mix. In the future, I’m hoping to produce many more acts other than my own.

I hear some folk-rock, classic country vibes on “Hemlock.” What inspired you to go in that rootsy direction?

My last solo album was a rocking concept album. I always try hard to make an album I’ve never made before and the surreal isolation this pandemic has sprung upon us lent itself to the general vibe of this album. I love older country and I’ve always written country songs. This album seemed like the right place for some of them to see the light of day. Lyrically the album is all over the place. The frame that I had to write within for my last album was nearly crippling. I wanted to cover a few more bases with Hemlock, including the pandemic.

I’ve already started on the next project. It’s a very special one to me. We recently and unexpectedly lost one of the original members of From Big Sur. Adam Jones was a great musician and songwriter that we lost too soon. Adam’s mom gave me his computer to sort through to see if there was any music on there we haven’t heard. Not only were there unfinished songs, he left notes behind for more instruments he intended to add. I’m going to finish his songs for him and release his album. It’s a crime that the songs he left behind haven’t been heard. Also, From Big Sur will soon be gearing up for live performances as soon as we can. We have yet to support our 2020 release, Infinite Morning. I can’t wait to get back with the guys and play those songs.

Listen to “Hemlock” at kevinream.bandcamp.com