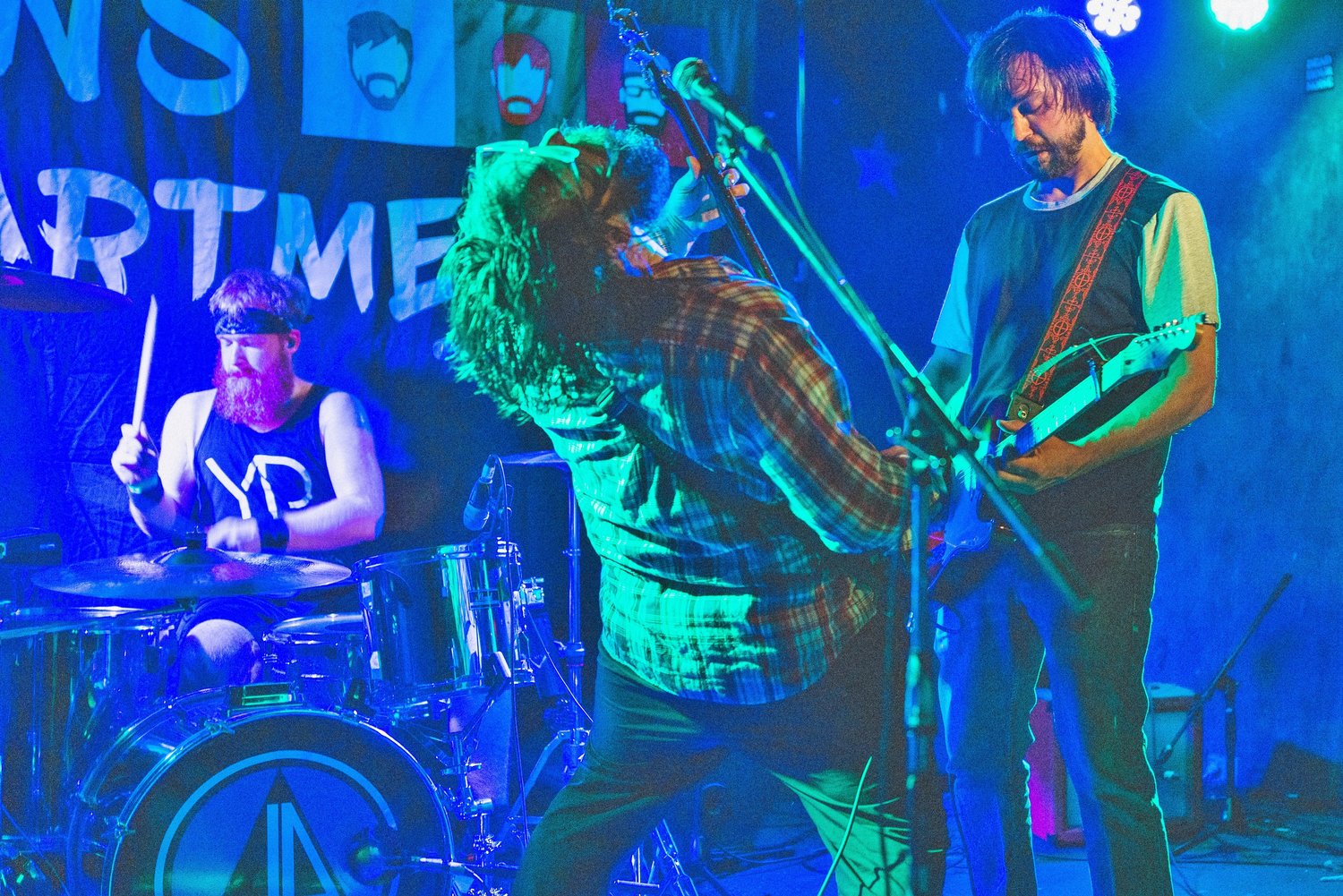 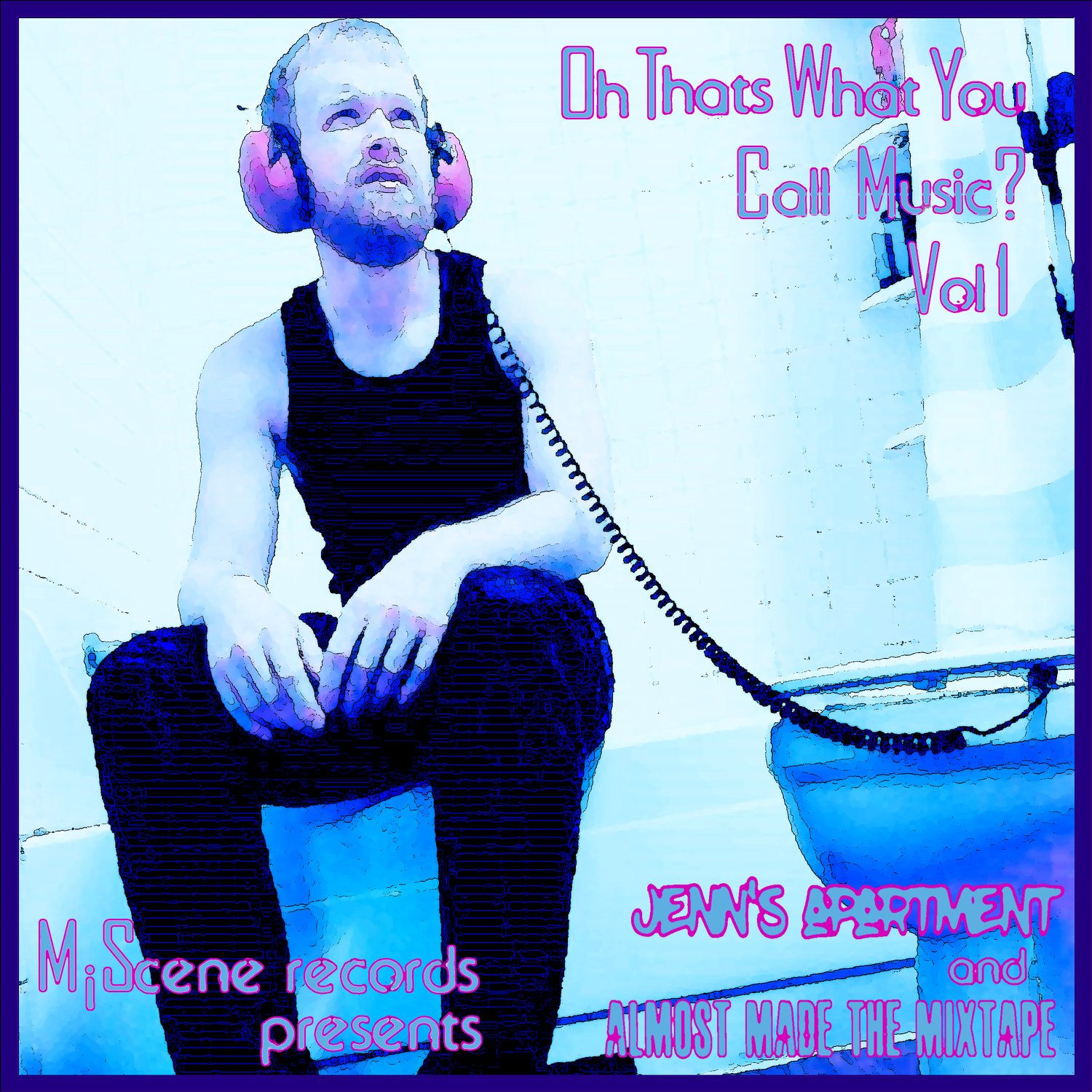 Album art for “Oh! That’s What You Call Music?! Volume 1,” which features tracks from Jenn’s Apartment and Almost Made The Mixtape.
Courtesy
Previous Next
Posted Thursday, November 28, 2019 3:27 pm
Rich Tupica

Lansing rock band Jenn’s Apartment has hustled its way through 2019 and is ending the year with yet another bang — a split EP with Almost Made The Mixtape, a Detroit pop-punk outfit. The disc, “Oh! That’s What You Call Music?! Volume 1,” is the group’s fourth release of the year. The EP will be released Saturday at Mac’s Bar with openers Common Nonsense, Idiobliss and, of course, Almost Made The Mixtape.

Earlier this year, Jenn’s Apartment released an EP, “The Band on the Throne,” to celebrate the final season of “Game of Thrones.” Beyond that, they dropped “The Plastic Pickles” EP and a full-length album, “90’s School Bus.”

“We also built our own studio, allowing us to record and produce on our own schedule,” said Justin Pine, 28, Jenn’s Apartment drummer and backing vocalist. “The EP has six songs on it — three from Almost Made the Mixtape and three from us. Almost Made the Mixtape covers a previous release by us, ‘The Show Must Go Wrong,’ and we cover a previous release by them, ‘Anyways.’”

Chris Davis, 34, the band’s bassist, said he’s happy the band was able to release a classic format in the world of DIY music.

“Almost Made the Mixtape is a dope band of super nice dudes,” Davis said. “Also, I just personally enjoy and miss the split EP/split 7-inch culture of punk and hardcore bands — we wanted to throw our hat in the ring.”

Jenn’s Apartment might be a pop-punk power trio, but the muse for the new EP was an iconic New York City rap group, according to Roy Kirby, 33, guitar and lead vocals.

“I had the idea for the split because of my love for Wu-Tang Clan,” Kirby said. “They're all separate artists, with their own records and careers, but they also make these albums together … their albums almost just act like a compilation record of all these different artists who have this common goal and aesthetic. It's such a cool concept that is just completely lacking in rock music. I wanted to do something similar.”

Over the past year, the band has played its signature brand of crunchy, jangly guitar riffs across the state, from Lansing to Detroit and from Grand Rapids to Ann Arbor. In that time, the trio’s sound has evolved melodically, delivering a noticeable contrast from where it was at in 2015, the year they formed.

“We are definitely incorporating more and more multipart harmonies into our song writing,” Kirby said. “So you can expect to hear more of all of us singing on future releases.”

Of course, the band mines from a trusty batch of classic alternative rock albums, most notably The Promise Ring, The Replacements, Jawbreaker and the Get Up Kids. Kirby said Jenn’s Apartment aims to create a similar timeless sound, but with a personal twist.

“Lyrically, I tend to mine the more negative experiences in my life,” Kirby said. “Like my divorce and relationship wrongs — plus things like drug dealing, addiction, alcoholism and life in poverty. It's hard to beat the kind of contrast you get from putting a dark subject matter with an upbeat melody. We still manage to squeeze in the love songs, though. Life can't be all doom and gloom and music shouldn't be either.”