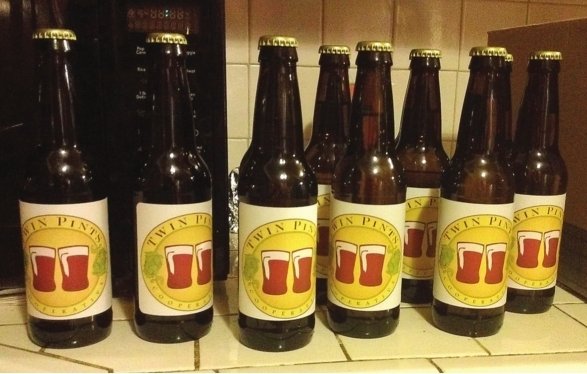 Posted Wednesday, June 26, 2013 12:00 am
Sam Inglot
What better place to have conversations about starting a microbrew pub than at Crunchy’s in East Lansing? It’s an E.L. staple known for its diverse and ever-changing tap menu. Born in the booths of that dimly lit watering hole in the fall of 2012 was Twin Pints Cooperative, a brewer-owned collective of home brewers who want to profit from their passion.

“There are many talented home brewers with great recipes who want a chance to capitalize on their work but don’t want to go into brewing as a career,” said 24-year-old Patrick Paul, one of the original minds behind Twin Pints. “Those are the type of people who can benefit from being in the co-op. Right now, they can only share it and give it away to friends, so this will give them an opportunity to sell it.”

Paul said the goal behind Twin Pints is to “provide an opportunity for aspiring brewers to sell and tap their beers who may not have the money to do so on their own.” The concept is to help home brewers “remove the barriers to commercializing their favorite recipes.”

The end game for Twin Pints is to buy a space to open a microbrew pub where collective members can have their best recipes sold at the cooperative’s taproom. A portion of the proceeds from the brewers’ beer would go back to its creator. For some of the most dedicated brewers, they may even be hired to work the brewery.

“For me, the draw is really the idea of being able to sell the beer I brew in the end,” said 21-year-old Teddy Linabury, who with Paul and others helped get the Twin Pints idea going. “I think that would be fun. I like inventing new beers, and if other people like it, I could send it to the market and get a foot in the door in the craft beer movement in Michigan and across the United States.”

Right now, Linabury is working on a home brew of his own. He’s been busy tweaking a “peppermint mocha stout” that he hopes to have finalized this fall.

Paul is a recent Michigan State University graduate who works on campus. Linabury is going into his senior year. They and the rest of the Twin Pints crew, which Paul puts at about 10, have been busy over the last year polishing up the business plan.

Out of 28 teams who entered with business startup ideas at the 2012 Broad Business Pitch Competition, Twin Pints won second place and the people’s choice award, which netted it $3,000 to help get started. Paul said if 25 brewers can buy into the co-op, it should have enough money by summer or fall 2014 to buy a physical space. Co-op membership dues (for people who can get the beer but not brew it themselves) will range from $30 to $100 and come with a sliding scale of perks. And for the home brewer who makes a $500 investment, you can make money off your home brew. (Check out the website for details.)

Along with the brewpub would be an “equipment share” program where brewers could borrow home-brewing equipment without having to purchase their own, which could start as early as this summer.

The group plans to have a soft launch of the equipment share program in mid-July, Paul said. Having between $500 and $1,000 worth of equipment for collective members to share would be ideal, he said.

Equipment that is used only once during the brewing process — like thermometers, mash tuns, brew pots and outdoor burners — would be available to collective members to borrow. Paul said at some point the group would like to compile a couple of “brewing kits” for first-time brewers to use.

Education and recruiting are going to be a big part of the equipment share program, Paul said.

“If you’re a craft brew drinker, you may want to brew, but to people who have never done it before, it can seem like some sort of arcane art,” he said. “But once you get the hang of it, it’s as easy as following a recipe. A large part of the co-op will be centered around education.”

Are you a home brewer interested in joining Twin Pints Cooperative? Contact info@twinpints.com or check out www.twinpints.com