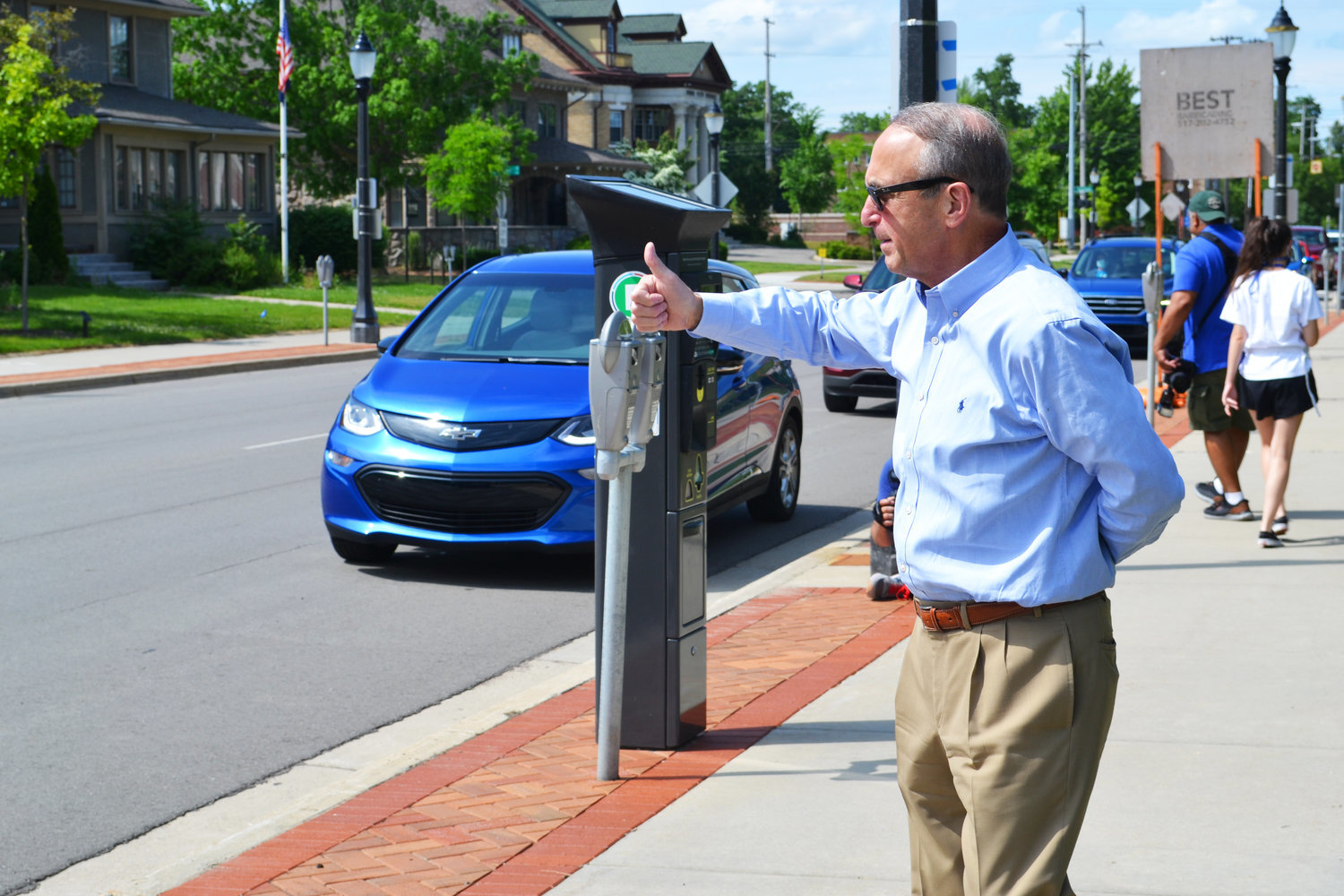 As president of Lansing Community College, Brent Knight was known for scooting around campus on a golf cart.

So it seems appropriate that in retirement he is living next to a golf course.

“We live in Tuscaloosa, Alabama, home of the University of Alabama. I’m standing in my living room looking at the 17th hole on a golf course,” Knight, who turned 76 three weeks ago, said over the phone recently. “Today, I picked up two golf balls, which I’m not complaining” about.

Knight and his wife, Rise, settled not far from her native state of Louisiana. Born in Bay City, Knight said he thought it was only fair to head south after having subjected his wife to the winter climes of Chicago and Lansing as he pursued his career.

Knight said that he’s been watching both the Michigan State Spartans and the Alabama Crimson Tide on Saturdays. He also enjoys being in another part of the country and learning about different places. And keeping busy around the house.

“I’m always doing something, tinkering, painting, fixing, I like working with my hands.” Knight said.

Knight still feels connected to Lansing and LCC, where he was president from 2008 to 2020.

“I was president for 12 years in Lansing and very much a part of the community, and knew the college from end to end and all the good people who work there,” Knight said. “I miss the fun parts of the job, you might say, but on the other hand it’s a hard job, and I don’t miss those parts.”

“When I came to LCC in 2008, one of my goals was to keep tuition low,” Knight said. “By that, I meant when you compare LCC to other community colleges in Michigan, is tuition lower than most? And, yes, it was.”

“Colleges and universities should offer programs that lead to employment at a decent wage,” he added. “Cost of higher education has gone up more than almost anything. Tuition is a high cost. No matter what, you have to manage your debt.”

Knight said he keeps up with doings in Lansing and the college, including this year’s decision to send $600,000 to improve the façade of the Rogers-Carrier House in Lansing, also known as the Moon House because it was designed by local architect Darius Moon.

“I was just delighted. It would have been a tragedy had that building collapsed.” Knight said. “It’s a unique home, great architecture, historic. Those homes, you can’t replace them.”

Knight led the effort to restore the Hermann House, next door on Capital Avenue, at a cost of $900,000, and lived in it starting in 2013. His successor, Steve Robinson, and his family are the current occupants.

In May 2022, Knight was inducted into the Hall of Fame of the American Association of Community Colleges. He said he was very flattered.

Knight was known for long-term planning at LCC. Many of his visions have come to fruition.

“We are a community college with a Big Ten feel because of Dr. Knight and his vision and ingenuity.” As an example, she cited the new, bigger parking ramp on Grand Avenue, which had long been needed.

“It was completed because he saw it. He may not have been here (to see it built), but he saw it.”

Knight also saw and executed major renovations throughout LCC as part of his philosophy that an attractive campus will attract students.

“He reached out as soon as I won the election. He provided a lot of guidance and talked to me in confidence.”

Abood sponsored the “Upward Bound” sculpture in the middle of LCC’s campus, which he said signifies the uplifting of students. He called it a “signature” for the college.

The sculpture is one that Knight, who brought many pieces of art to the campus inside and out, calls one of his children.

“They’re all my children truly, I’m fond of all of them.” Knight said.

He said he left some things undone before his retirement but that he was happy with what he was able to accomplish before he left.

“The moment COVID-19 hit, we stopped all the projects that I could, because people couldn’t come to work,” Knight said. “We didn’t get all the projects done that we were working on because of COVID-19, but that’s OK.”

(Berl Schwartz contributed to this story.)