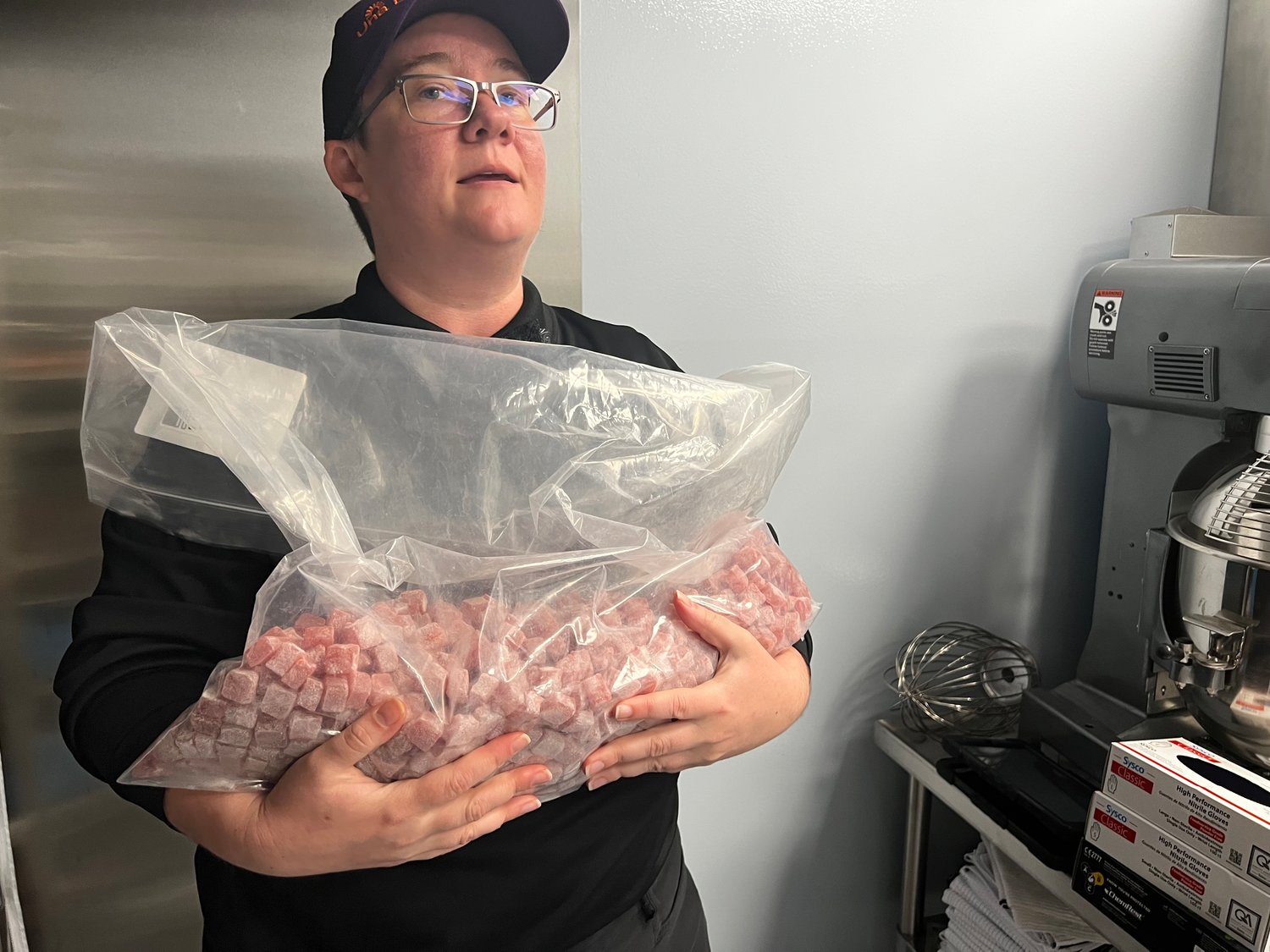 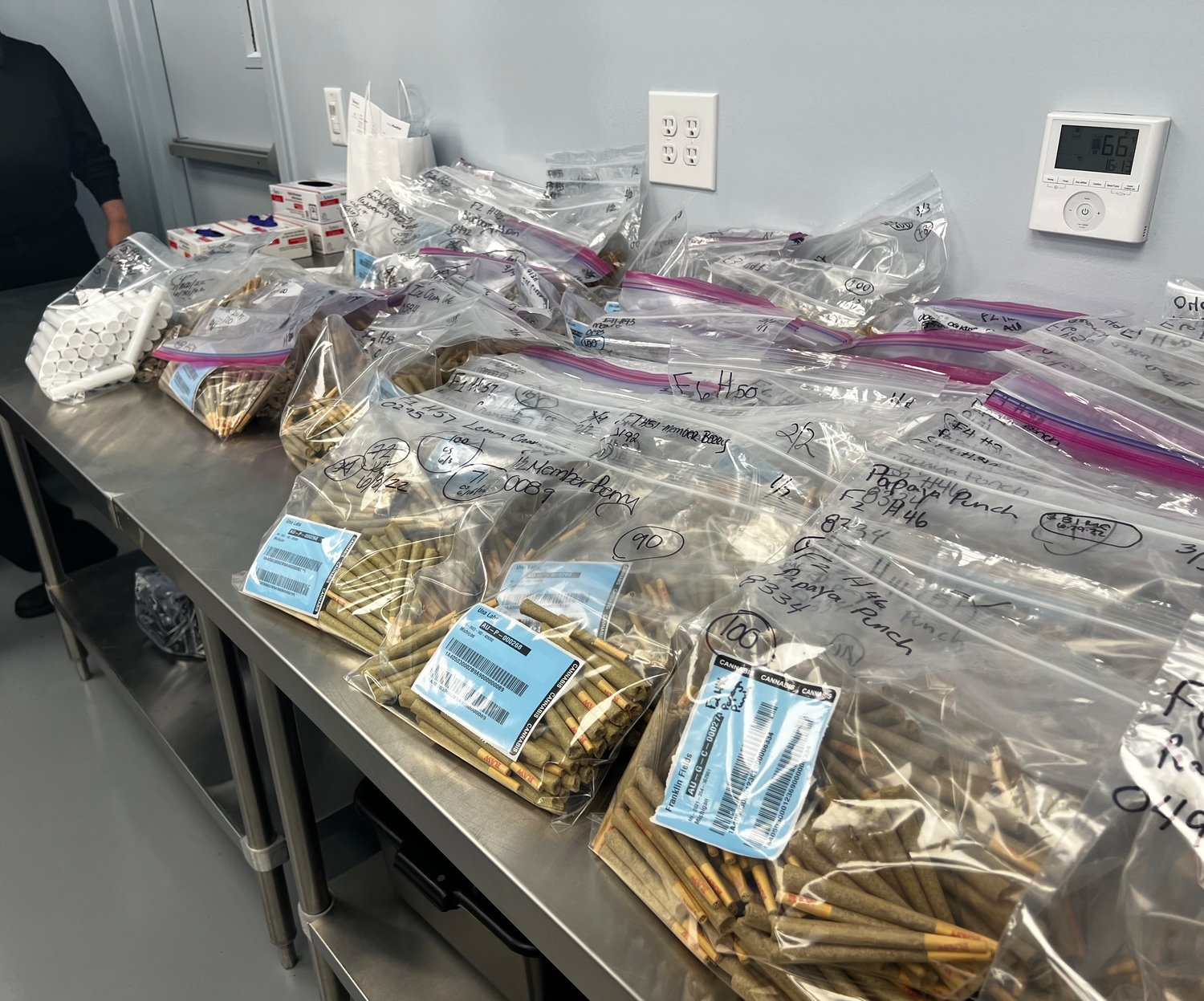 The infamous “Doobie Dungeon” at Una Labs is filled with thousands of pre-rolled joints.
Kyle Kaminski 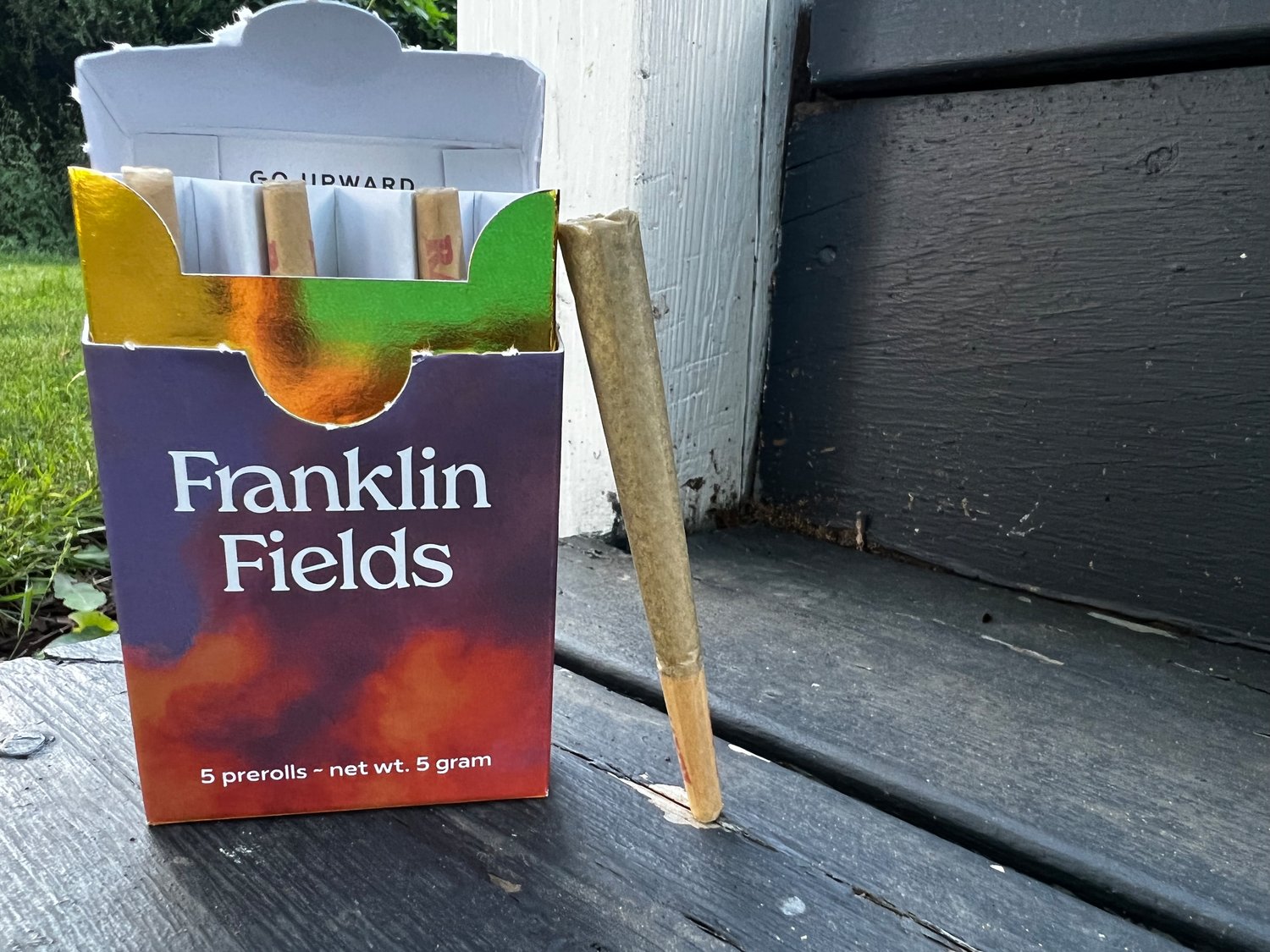 What is Dab Day?

Similar to 420 but specifically focused on cannabis oil rather than the entire plant, July 10 (or 710) is a relative newcomer to the world of cannabis festivities. The date was adopted because 710 spells “OIL” upside down. Pot shops across the country — including in Lansing — have fully embraced the holiday with an array of new products and promotions leading up to the holiday.

The Capital Region International Airport is under siege from its southern front, where a blossoming cannabis confederation is still expanding its ever-growing empire in Lansing.

No; It’s not another pot shop. This time, it’s a high-tech processing laboratory that’s ramping up production this summer with a wide array of edibles, THC-infused beverages, concentrates and vape cartridges. Oh, and joints — plenty of joints. Some are even packed full of concentrates.

And since Sunday (July 10) is a stoner holiday literally dedicated to cannabis oil, I figured I’d invite myself over for a tour of the state-of-the-art cannabis extraction facility to learn more.

It’s called Una Labs, and it’s the last piece of the vertically integrated puzzle for Carbidex, the parent company of both Franklin Fields and The Botanical Co. The trio of cannabis brands is a “family-owned holding entity” that shares the same leadership team, all chiefed by founder and CEO Russ Chambers, a pioneering caregiver who got in early on the recreational pot game.

The company was founded on a single mission: “Bringing good people together to enhance lives by creating extraordinary cannabis experiences.” And it must be working out pretty well.

Chambers’ pot kingdom first launched along Capital City Boulevard in 2020 with Franklin Fields, which handles cultivation. Botanical Co. — which sells the goods — opened next door in 2021.  There are two other (soon to be three) BoCo locations across Michigan. And in late May, Carbidex also launched Kalkushka, a swanky new lounge where you can smoke pot on site — the first in Michigan to be licensed to do so — in Kalkaska, just a short drive from Traverse City.

And over the last few months, Lansing has taken on an even more critical role for its operations.

The new processing lab was licensed on April 20 (nice) and is set to handle some of the finer science behind the operation and manufacture millions of dollars in dank products annually.

For the last few months, the eight-person team — led by lab director Cassin Coleman — has kept busy extracting cannabis oil from thousands of pounds of bud, conveniently harvested from Franklin Fields next door. It’s then used to churn out a virtually endless supply of dabbable and vapable concentrates, a rotating selection of edibles, plenty of kief and tons of pre-rolled joints.

One small, windowless room, affectionately known as the “Doobie Dungeon,” was filled with thousands of pre-rolled cones that were rolled last week. Yes: I managed to snag a sample.

The lab also has an industrial canning machine for THC-infused seltzers and mocktails, like a booze-free mimosa with Napa Valley grapes. Several shelves of gummies filled another room, with plenty of new recipes and flavors under “research and development” — which I’m pretty sure just means the staff gets to munch on dank edibles until they can perfect their techniques.

Una Labs is also growing. Some equipment was just installed last month. Other stuff has yet to arrive. But just in time for the Dab Day weekend, several new products are set to hit the shelves by Sunday (July 10), all available at BoCo next door. Check out thebotanical.co for a full menu.

I got an early sample of an oil-infused joint, Ice Cream Sundae with Blueberry Muffin kief, and it was one of the smoothest, sweet-cheesiest and gassiest cones I’ve had the pleasure of puffing.

And even if you’re not into oils, you can’t go wrong with the bud. My top recommendation is the Member Berry, a tangier strain with distinct blueberry notes and a light hint of lemon meringue — which conveniently comes in a five-pack that even has that familiar, flip-box cardboard pack.

The Botanical Co. has also made a name for itself in Lansing as one of the most welcoming pot shops in town, with a raft of knowledgeable budtenders to help complete the experience. So, even if you’re not sure what you’re looking for, they’ll be sure to help you find something good.

Seriously though: Even conservative former Lansing City Councilwoman Jody Washington managed to walk away happy after I referred her there for some products. That says something.