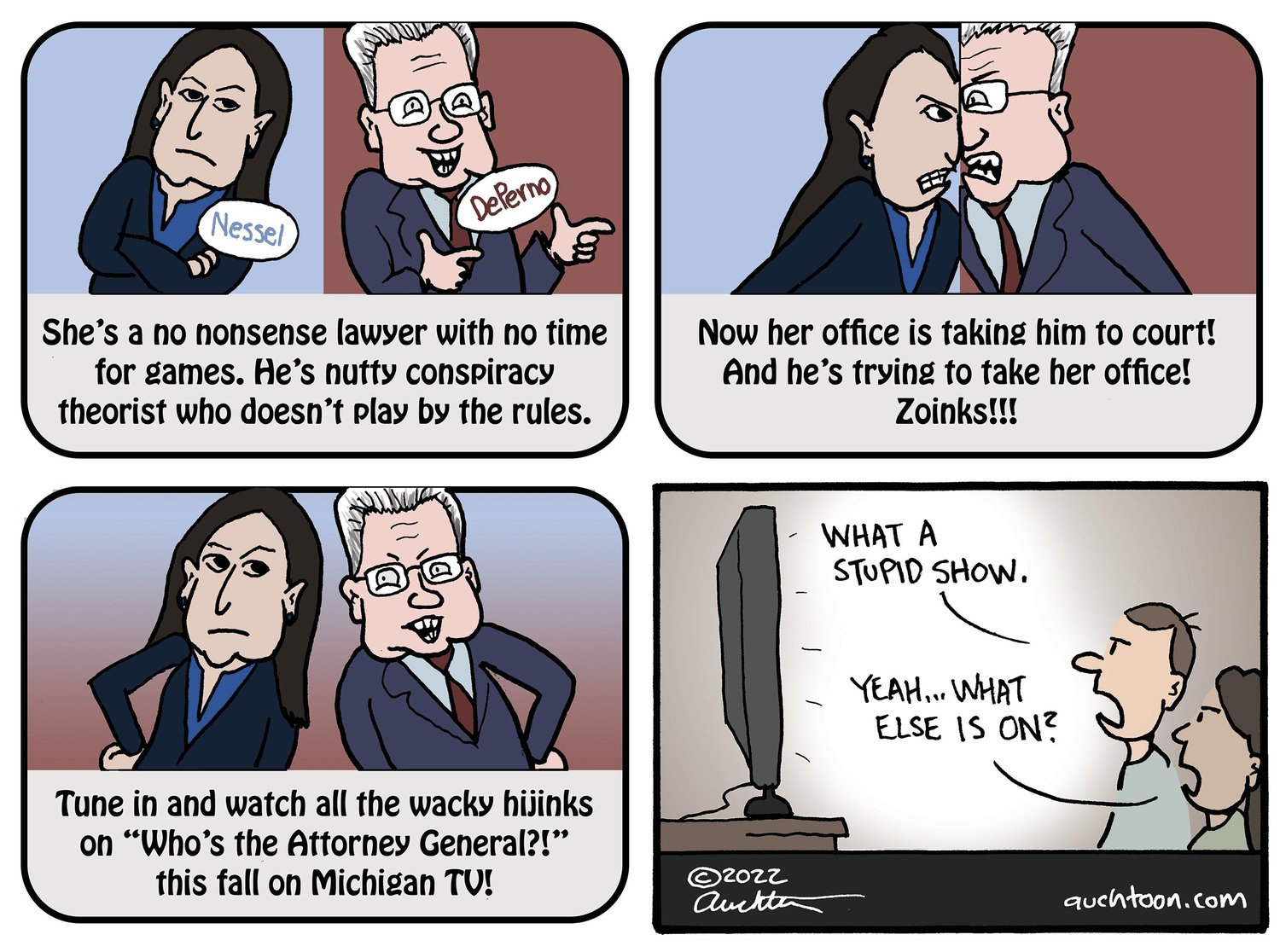 Have something to say about a local issue or an item that appeared in our pages?
Staff

Neither Proposal 1 nor Proposal 2 is perfect. We’d prefer to see a different term limits scheme and more collaborative approach to a better election system, but both are improvements to the status quo, so we’re urging a “yes” vote on both. We’ve previously endorsed Proposal 3 on reproductive rights.

First of all, this is a proposal crafted and promoted by Lansing insiders. There is no way around that. Special interest groups across the political aisle want this to pass because the Michigan state House is not functioning well.

Yes, organized labor and the business community have a vested interest in seeing people stay longer in the Legislature, but that doesn’t mean it’s not a good idea.

The churn is constant. The ideas don’t change. New people pick up the baton of those who preceded, but they need time to get up to speed. Spending a night in a Holiday Inn Express doesn’t prepare you for the job of a state representative.

Not every community is fortunate enough to have a Sarah Anthony, for example, someone who was a legislative staffer, served in county government and hit the ground running upon taking office.

What makes more sense is financial disclosure. Michigan is one of only two states without it. Today, we need to trust the word of legislators that they don’t have a conflict of interest when voting on an issue. We need more than faith.

We wish the proposal would require more exact numbers on assets. We are concerned the Legislature — in doing the required follow-up legislation — will require such wide reporting bands that the eventual public information won’t be as meaningful. But, again, something is better than nothing.

On Proposal 2. We’re supportive of initiatives that make it easier for people to participate in the voting process. Allowing a signed affidavit in lieu of an ID is good. Nine days of early voting is good. More ballot drop boxes are good. Election audits are good. Giving our overseas military a little leeway in voting is good.

A yes on Proposal 2 is needed.

However, cluttering up the Constitution with this level of nuts and bolts is not good. These are specific policies that deserve to be in front of voters through a citizens initiative that would become part of state law. From there a super-majority of the Legislature could fine-tune them when needed.

The marijuana legalization proposal is a good example. A bipartisan coalition of legislators have tinkered with the that law to make it better.

On the other hand, voters chiseled the Citizens Independent Redistricting Commission into the Constitution. While the commission was a net positive for the process, it’s much more difficult to make changes. At this moment, these commissioners are making $55,755 a year to do close to nothing, and there’s nothing anybody can do about it.

Also, Proposal 2 was crafted and bankrolled behind the scenes with shady dark money from the enigmatic Sixteen Thirty Fund. Clerks were not consulted in its crafting. If they were, allowing for early processing and tabulation of absentee ballots with proper security and oversight would have been part of the of the proposal.

Instead, it looks like we’re getting final election results some time Wednesday morning, again, which feeds public skepticism and opens the door to unfounded claims of fraud and other assorted nonsense.

Again, Proposal 2 is better than nothing.

However, if Promote the Vote is do another initiative, something more collaborative that aims to install more trust in our election process would be more welcome.