We gave out joints at the Capitol 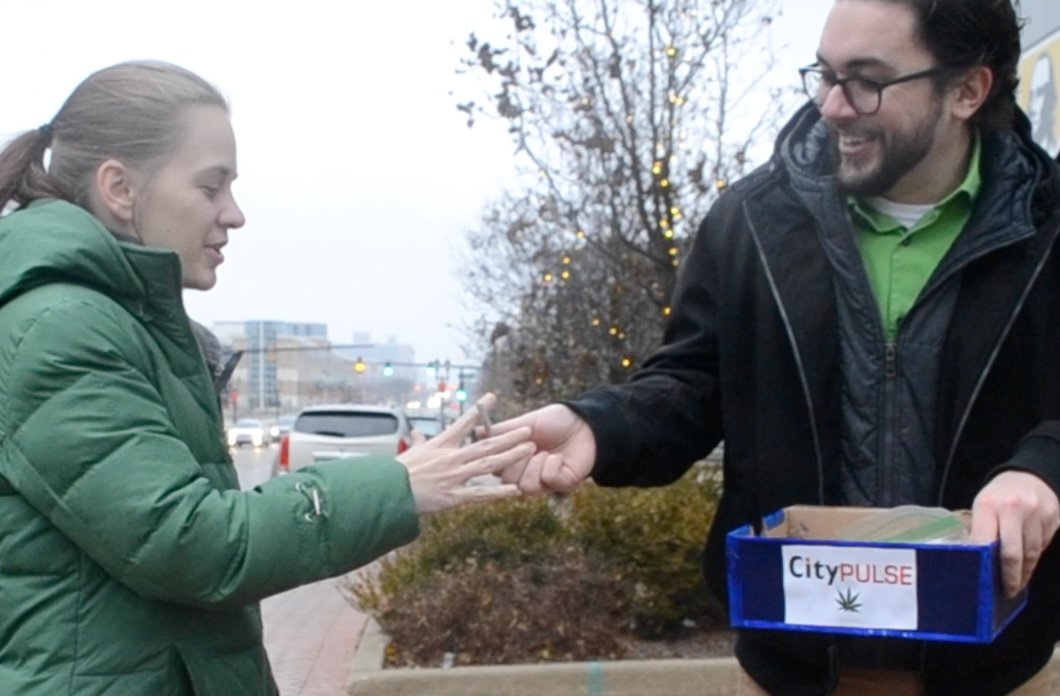 THURSDAY, DEC. 6 — Weed is officially legal in Michigan, so City Pulse sent reporter Kyle Kaminski to the Capitol to celebrate by handing out 28 joints.

Checking IDs on the street to see if recipients were 21, a few more Lansing residents may need to head to the nearest Quality Dairy for a munchies fix.

Though some politely refused, most were happy to get a free joint.

“This is awesome. It is good not to have to look over my shoulder now,” joint recipient Kenneth Wood said. “I’ve been caught when I was 18 with a bag and it ruined my life. It stopped me from doing a lot of things and every time I got pulled over, they wanted to search my car.”

Walking down Washington Square with earbuds, Alex Gross took a double take when offered a free joint. Gross said he is not a normal marijuana user, but couldn’t turn one down. “Now that I can get free weed on the street, I might start smoking more often,” he said.

Weed should be recreationally legal, but a change in the law might affect his friends, he said.

“I hope it doesn't impact small growers. I have a few friends that grow on the side and hope they can still sell it.”

Charles Hannah came from Kalamazoo to the Capitol to canvas for political action group Michigan Liberation. Legalization is not the be all end all for marijuana, he said.

“Unfortunately we still have Title 21 at the federal level, so marijuana is a schedule one drug. They can still prosecute at that level so we need to get that changed as well.”

Johnail Osborne received his free joint on the walk to work. He said legalization will change community and police interactions.

“It should’ve been passed years ago. This makes it more comfortable to ride with. In the past, some young kids might’ve had something on them and when police would get behind them, it would scare them to do something stupid.”

Marijuana was the replacement to a smorgasbord of behavioral medication as a child, joint recipient John Hardy said.

“It works way better because the way they had me was like a zombie growing up. Even though I was on medication, it was hard for me to function and to be me — actually me. This has been a blessing from God and it is a blessing from God to have it legalized.”

From 2013 to 2017, 117,123 Michigan citizens were arrested and charged with misdemeanor marijuana offenses with 49,928 of those people convicted.

Regulators have until December 2019 to draft regulations for commercial availability.

Events and Happenings in Lansing This Week: Aug. 3