Where have all the workers gone? 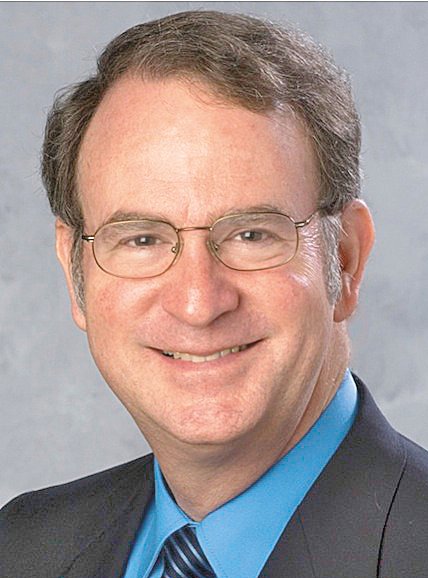 Charles L. Ballard is a professor emeritus of economics at Michigan State University. He chairs the board of directors of the Michigan League for Public Policy.

The signs of today’s tight labor market are all around us.  “Help Wanted” signs everywhere. Stores and restaurants forced to reduce their hours due to staffing shortages. Flights delayed or canceled because of a lack of pilots, attendants, and ground crews. Longer waits to get help at a store. Longer waits to get an appointment. Snarled supply chains. Recorded messages like this: “The next available agent will be with you in one hour and 43 minutes.”

Not surprisingly, the COVID-19 pandemic has played a role in these labor shortages. More than 260,000 Americans aged 25-64 have died of COVID; most of these were workers. Also, it is estimated that COVID caused more than 2 million Americans to retire earlier than they had planned. Many who thought they were still a few years away from retirement saw their businesses shut down in the spring of 2020, and decided not to try for a comeback. Millions more have re-evaluated their relationship to the world of work, and some of them have decided to stay home to take care of children, or to reduce their hours of work for some other reason.

The policy response to COVID involved stimulus checks, enhanced unemployment benefits, and payments under the Paycheck Protection Program. The idea was to help keep the economy afloat during a very turbulent time. That’s laudable. However, the programs were not targeted nearly as well as they should have been. (Does anyone seriously think that stimulus checks should have gone to families with incomes as high as $200,000 per year?)

In my view, this lack of effective targeting meant that the programs were bigger than they should have been, to the tune of well over $1 trillion. This bonanza of cash pumped up the demand for goods, services and workers, at a time when the supply of those things wasn’t able to keep up. That has contributed to the tight labor market and to inflation.

However, the biggest cause of the tight labor market is a long-term phenomenon that had been underway long before anyone had ever heard of COVID. The baby boom generation (80 million Americans born during the period of high birth rates from 1946 to 1964) is the most numerous group in our nation’s history. The oldest of the baby boomers became eligible for Social Security benefits in 2008. Since then, a growing flood of retirements has reduced the the number of Americans who are in the labor force (i.e., working or actively looking for work).

In every month since 1948, the Labor Department has calculated the “labor-force participation rate,” which is the percent of the U.S. population aged 16 and over who are in the labor force. In a typical month in the 1950s and 1960s, the participation rate was about 59 percent. But it began to rise around 1970, as American women increased their attachment to the labor force in dramatic fashion. The participation rate topped out at just over 67 percent in 2000, at the end of the economic boom of the 1990s. The rate then began to trend downward, due at first to the two recessions of the 2000s, and then increasingly due to the baby boomers’ retirements.

Just before COVID, the participation rate stood at 63.4 percent. It then plummeted to 60.2 percent in April 2020.  It has now recovered to a little over 62 percent.

Some readers may wonder why this is a big deal. In the 21st century, the participation rate has fallen from a little more than 67 percent to a little more than 62 percent. A drop of five percentage points may not seem very big. But each percentage point represents about 2.65 million Americans. The drop of five percentage points represents more than 13 million potential workers. In other words, if the participation rate had stayed where it was at the turn of the century, the U.S. economy would have 13 million more workers than we have now.  And those aren’t just any 13 million workers. Since so many of the losses are due to retirements, we have lost many of our most experienced workers.

I should mention one other factor. Less-educated men are the group who have done least well in the American labor market over the last 40 years. Men who have no more than a high-school diploma used to be able to make a decent living from jobs in manufacturing, performing repetitive tasks, day in and day out.  But automation has eliminated millions of those jobs. Only a few decades ago, the archetypal worker at an automobile plant would fasten the same four bolts, 107 times an hour. Now that job is done by a robot, and the remaining jobs often involve advanced skills that less-educated men don’t have.

As their economic prospects have diminished, many less-educated men have reduced their attachment to the labor force. They don’t necessarily withdraw completely, but they have only a transitory, tenuous attachment to work. They have an occasional job, but no career. They often live with their parents or a girlfriend. Stable marriages are rare for this group of men. Their fathers and grandfathers could support a family, but they have little prospect of doing so.

If we want to reduce the shortages of workers, what can we do? Unfortunately, there are no easy solutions. Few of the retired baby boomers are going to come back into the labor force, and millions more will retire in the next decade. We can (and should) do a lot more to provide less-educated men with the training and skills that will allow them to participate more fruitfully, but that will take time. Allowing more immigrants is an obvious solution, but that is extremely difficult in the current political environment.

The tight labor market is causing upward pressure on wages, which is a good thing as long as we can keep a lid on inflation. However, we can expect many of the problems described here to continue for some time to come.