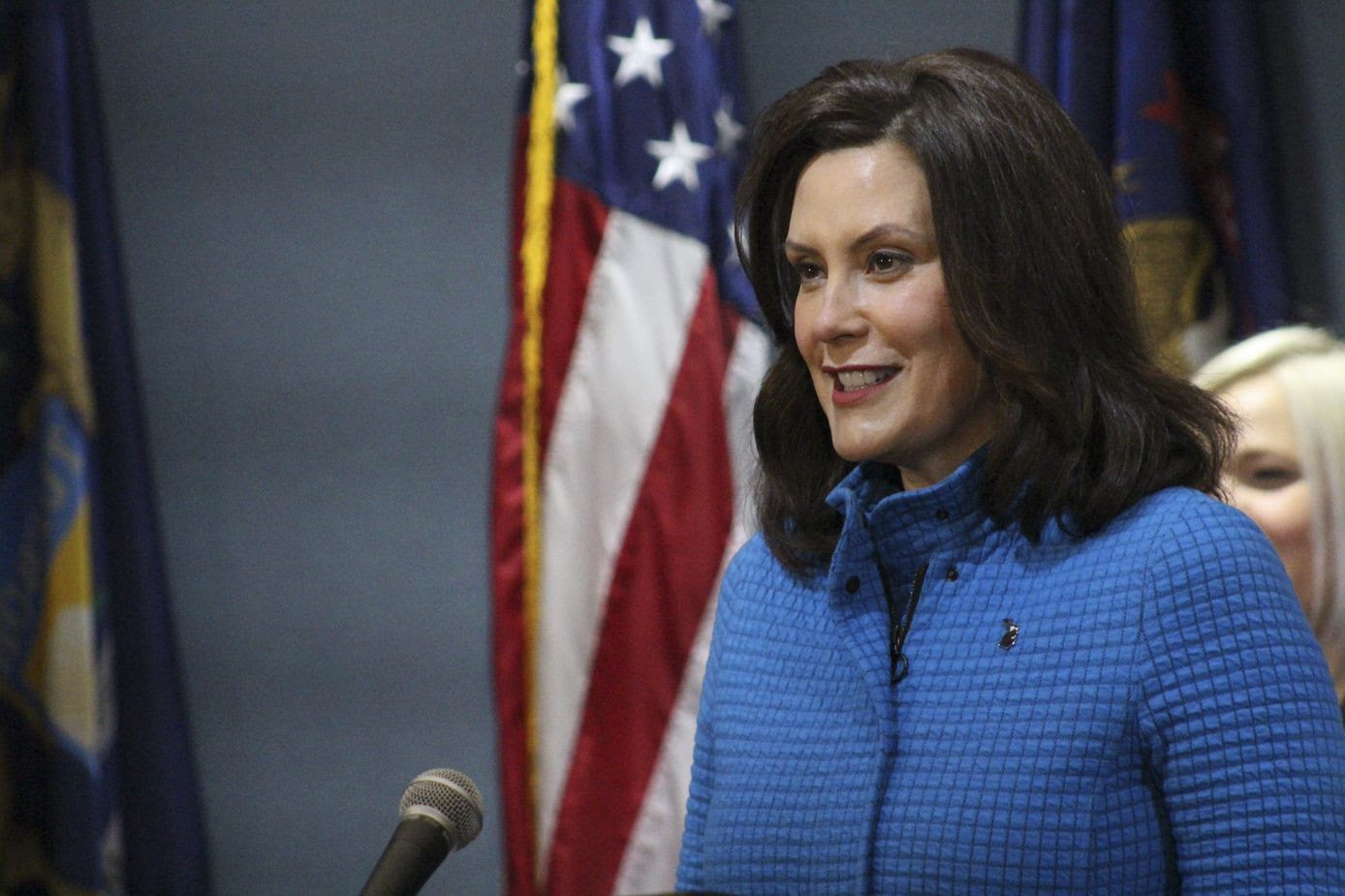 A week after Democrats took a bath in Virginia and nearly lost the governorship in reliably blue New Jersey, Gov. Gretchen Whitmer put all of her public emphasis on her home state.

The Democratic governor and her reelection team sees the writing on the wall. Focusing on former President Donald Trump and national issues failed for Virginia governor candidate Terry McAuliffe. It isn’t going to work for Whitmer either.

For the foreseeable future, Whitmer is keeping President Joe Biden and his dismal job approval ratings at arm’s length while she does her own thing.

During her first press conference after the Virginia race was called, Whitmer stood behind a podium featuring a new slogan: “Putting Michigan First.”

“From bribing voters with no-fault refunds to copying her foe’s American First slogan as the red wave swept Virginia and New Jersey, she is clearly very nervous about her re-election prospects,” he said.

The subject of Whitmer’s press conference? Signing legislation that eliminates the sales tax on tampons and other feminine hygiene products. That’s a few extra bucks a month for roughly half of the state’s population, something she’s not going to get much pushback from.

When asked about Virginia -- where Democrats went from winning the state for Joe Biden by 10 points in 2020 to losing the governor’s race by near 2 points -- Whitmer said:

“I’m not a pundit. I can tell you Virginia is Virginia. California is California. Michigan is Michigan. I get around the state of Michigan. I talk to Michiganders and I know that they want solutions from when it comes to everything to fixing the roads to making a fairer tax code to ensuring that those who are overpaying into the Catastrophic Claims fund get a refund.

“These are the things that I’m going to stay focused on. Michiganders are going to make future decisions in elections based on what’s going on in their lives and what is a reflection of their values.”

“Michigan or Michiganders was used in some form five times in those 100 words, in case you didn’t notice. Whitmer added that she’s going to “stay tethered to the fundamentals,” making the center of her energy going forward making sure everyone feels the benefits of the “great strides” made under her leadership.

She used the same phraseology later in the day as the Democratic Governors Association (DGA) sent out a press release on the “financial boon” Michigan drivers will feel when they receive a refund check from the Michigan Catastrophic Claims Association, something she got out in front of last week.

“As we continue to put Michiganders first, I am always working to find ways to lower costs and use every resource we have to help Michiganders thrive,” she said.

The communications director of the National Governors Association, Sam Newton, stressed that Whitmer’s “bold solutions to the state’s largest challenges” is “getting the job done.”

Meanwhile, the Michigan Republican Party is doing the opposite. They’re digging under the deck for any rope they can find to tie Whitmer with Biden and his “sinking ship.”

“The results seen across our country show the Biden-Whitmer agenda being rejected by wide margins,” said MRP Communications Director Gustavo Portela. “It’s further evidence that Joe Biden and Gretchen Whitmer continue to be out of touch with the American people.”

Democrats nationally understand the drag they’re causing and stepped up their act last weekend. Passing the $1.2 trillion infrastructure plan — which will mean another $10 billion for Michigan — helps erase the perception that the majority party in Washington is spinning its tires.

Whether they can pull the Build Back Better over the finish line is the next step.

Either way, Whitmer will gladly spend whatever money Michigan gets from Uncle Joe to help Michiganders here in Michigan.

I’d try for a few more, but you get the point.

(Kyle Melinn Melinn of the Capitol news service MIRS can be emailed at melinnky@gmail.com.)