'We're angels made out of dirt' 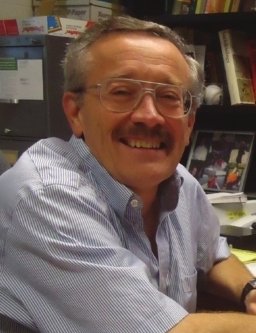 Posted Wednesday, December 5, 2012 12:00 am
None - Do Not Delete
Marc Breedlove is the 12th and final speaker in Michigan State University’s semester-long series “Whom You Love: the biology of sexual orientation,” which he conceived, in part, to demonstrate that homosexuality is a natural occurrence in humans. Breedlove, a Rosenberg Professor of Neuroscience at MSU, has co-authored three college-level textbooks and over 120 scientific articles. He has served on the editorial boards of scientific journals and has research support from the National Institutes of Health and the National Science Foundation.

His lecture, “Whom You Love: The Road We’ve Traveled,” will provide an overview of the series — which has attracted over 1,000 attendees — and give additional evidence that processes at work before birth have an influence on the development of sexual orientation. He will also discuss the documentary he hopes to make based on interviews conducted with the previous speakers utilizing funds from a successful Kickstarter campaign, which raised $23,000.

Are you happy with how the series turned out?

Very much so. I think it was a great success. We had a lot of people show up who asked some very interesting questions, and the feedback we received was overwhelmingly positive. One interesting aspect we hadn’t counted on were parents of homosexuals showing up who were curious about how their children became gay.  But it’s like Lady Gaga said: They were born that way.

What will your speech consist of?

My talk will be somewhat personal — until 1998 or so, I was very skeptical that there were any prenatal influences on human sexual orientation. I thought it was more likely that social influences determined whether one grew up to be gay or straight. Specifically, I thought that early experience — things that happened too early for us to remember — probably started each individual down a psychological pathway that would lead to either heterosexuality or homosexuality. But then some findings started coming out that simply could not be explained by social influences. In the 14 years since, there have been even more results that can only be explained by major influences from prenatal events, before we can possibly have any social interactions.

Having said that, psychologists have found that, in general, people who attribute sexual orientation to biological influences tend to be more accepting of homosexuality. I think it´s harder to reject people for a single characteristic if you believe they had no control over that characteristic, like skin color or gender.

Finally, I´ll talk a bit about what I was taught, as child growing up in the Ozarks, about homosexuality. There is a folk theory about how people become gay that is, I suspect, quite common among our citizens. This alternative theory almost never gets discussed in this national debate that we´re having about gay rights. I think that´s unfortunate, because once you understand this folk psychology notion of homosexuality, you can see why some people are so homophobic. But, more importantly, when you explicitly consider this folk theory, bring it out of the shadows, it really doesn´t hold up to the light of day.

What inspired you to pursue this field of research?

I never intended to study sexual behavior. Despite my weird last name, I don´t think I´m any more obsessed about sex than the average person. My interest has always been in animal behavior, and in graduate school at UCLA, I got interested in how hormones can reliably alter the behavior of a wide range of animals. So pretty much my entire adult life has been spent in studying how hormones like testosterone can change the structure and function of the brain and spinal cord in laboratory rodents. I love doing that research and I think it´s important, but I never really thought it was relevant to human sexual orientation.

What do you think this lecture series could do for the social views of homosexuality?

I think the most important goal of this lecture series, and of the video documentary that we will pull together from interviews with these great scientists, is to help people stop and think about sexual orientation and how it arises. For all our social and cultural sophistication, I think it´s good to be reminded that we are animals after all, and that we are subject to biological influences, too. I don´t think there´s anything debasing or shameful about that.

For my money, humans are that much more fascinating because we are a mix of both earthy, biological processes and lofty, intellectual activity. We´re angels made out of dirt.

For more information on this series, go to whomyoulove.com.