With new Lansing district likely, Rep. Slotkin would run in it 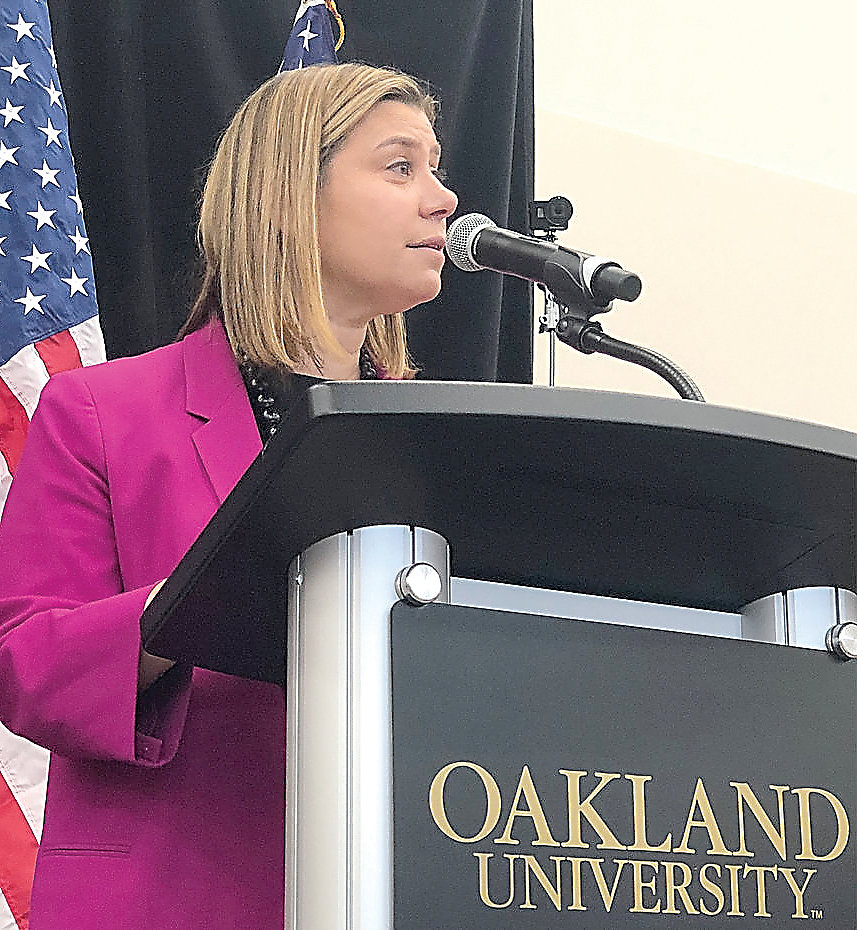 It’s looking more and more likely the Lansing area will anchor a new Mid-Michigan congressional district and U.S. Rep. Elissa Slotkin would run in it, even though her current residence isn’t in it.

The Independent Citizens Redistricting Commission kicked out several different maps for public comment this week, and a few things are consistent.

First, on the congressional side, all four proposed maps have Eaton, Ingham and Livingston counties grouped together with varying amounts of Ionia, Clinton and Shiawassee counties.

The commission, clearly listening to the public comment from the Mid-Michigan area, made the conscious decision to separate the Lansing area from Oakland County and Southeast Michigan, which would cut us off from Slotkin’s family farm in Holly.

Now, the rules for members of Congress don’t require that someone actually live in the district she or he seeks to represent. They need to live in the same state, but not in the actual district. Doesn’t make much sense, but that’s the rule.

It doesn’t look like that’s going to be a factor, though. The two-term member of Congress told The Oakland Press recently, “If the district moves and is a Lansing-based district, and that is the district that is more natural for me to run, then I will move and live in the Lansing area and run in the Lansing district.”

U.S. Rep. Tim Walberg, R-Tipton, is loving what the commission is drawing because it is creating a much-sought southern Michigan border district that would likely keep him in Congress for at least the next 10 years if he wants.

This new Lansing-based “District 5” would be a competitive district, and I’m being told Republicans in Washington are already talking to state Sen. Tom Barrett, R-Charlotte, about running in it.

Barrett’s interest has certainly been higher as of late because it looks like he’s getting drawn right out of his state Senate district.

Barrett has another term, but the commission seems stuck on the idea of taking a cleaver down Pennsylvania Avenue and Aurlieus Road through the city of Lansing.

All three draft maps adopted for public comment have Lansing’s east side and Michigan State University in with Haslett, Williamston, Clinton County and Shiawassee County, while the city of Lansing, Delhi Township and most of south Ingham County would be in a Senate district with Eaton County.

Barrett would never win a one-on-one battle with Anthony if those are the lines, and he knows it. Eaton County is a 50/50 county while the Ingham County portion of the district would be at least 60% Democratic, likely more.

The East Lansing district, however, would be more a 50/50 district, and Singh — if he were the Democratic nominee — would likely face a competitive challenge from a Republican.

Earlier indications are Rep. Ben Frederick of Owosso is a possibility, as is Rep. Graham Filler from DeWitt.

Over in the state House, all three maps are, again, the same. Rep. Julie Brixie looks like she’d have an East Lansing/Meridian Township district. Rep. Kara Hope has a district that includes the south half of Lansing.

Lansing north of the Grand and Red Cedar rivers would be grouped in with Waverly and Delta Township. Rep. Angela Witwer, D-Delta Twp., could run in that district, but could always face a primary from the Lansing section. Grand Ledge would get roped in with Clinton County and most of the rest of Eaton County would get pulled in with Mason to make a new Republican district with Barry County.

Nothing is set in stone, yet, but with the clock ticking and the commission having bigger fish to fry in Metro Detroit, these maps are looking more and more firm.