Tis the season: Mayor Schor seeks a big menorah on the Capitol lawn 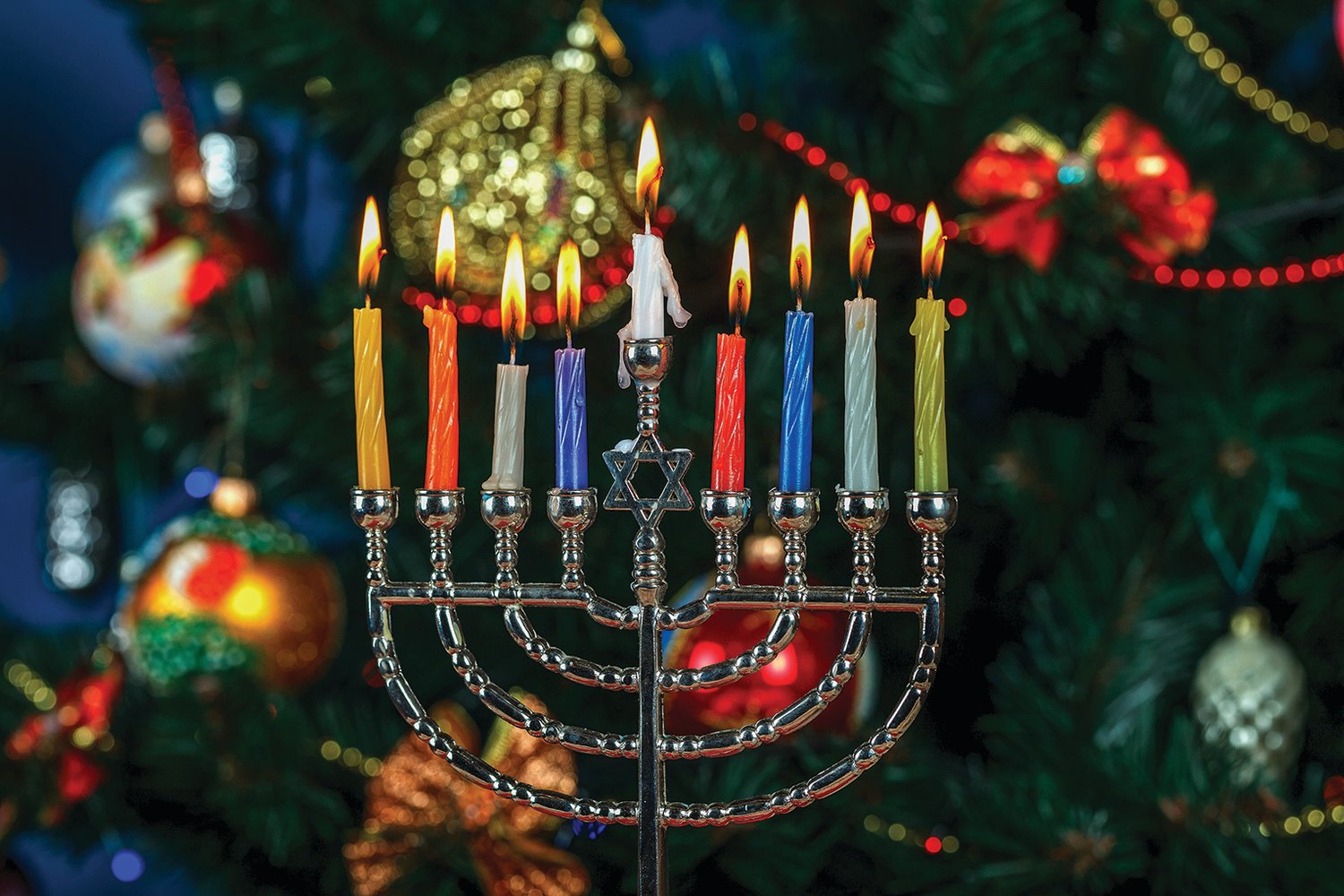 Don’t look now, but it’s only about 100 days until Christmas, and you know what that means around the state Capitol grounds: the Christmas tree and the displaying of other Holiday symbols.

Lansing Mayor Andy Schor is back, trying to avoid another Silver Bells Day showdown that Lansing saw two years ago. At that time, Schor and the state officials went back and forth on where the 9-foot-high menorah was going to be placed on the Capitol grounds before the state relented, fearing a messy public relations battle.

It let Schor’s menorah stay next to the state’s lit 60-foot conifer. It’s the one the state cuts down from some remote location in Michigan, trucks it to Lansing and props in front of the Capitol, at the intersection of Capitol and Michigan avenues, from November to January.

On Silver Bells Day, the Friday before Thanksgiving, there’s a citywide celebration that culminates in the tree being lit and fireworks being lit off.

This year, Schor is trying to get advance permission to put a large menorah — the candelabra used by Jewish folks to recognize Hanukkah — next to the tree.

He’s asked the State Capitol Commission, who’s in charge of such things, for some time to work out an agreement.

In the past, the massive pine tree stuck in front of the Capitol around Christmas has been viewed as a secular symbol of the winter season and can be part of a state-sponsored seasonal display. A menorah or a manger are considered religious symbols and would need to follow the regular Capitol grounds rules. Those are:

— Someone to put it up in the morning and take it down at night.

— Restrictions on where they can be displayed: the sides of the Capitol walkways leading to the House Office Building to the north and the Boji Tower to the South. They can’t be positioned by the tree.

Schor is arguing that a case out of Allegheny County in Pennsylvania allowed for a menorah to be placed on public grounds as part of the state’s seasonal display.

The Capitol Commission is well aware of the case. Attorney Amy Shaw said the Allegheny case created what is known as the “Reindeer Rule.” As long as there’s several other secular symbols — Santa, reindeer, snowflakes — wrapped into the display, it’s OK.

For that reason, commission Vice Chairman John Truscott doesn’t see any reason to make any changes. He doesn’t see a clear legal roadmap that would allow a state-sponsored menorah. The commission isn’t interested at this point in plowing new ground.

There’s a reluctance for the state to defend in court an action that would appear to promote a religious inference.

Shaw wrote in a memo last Thursday that prior legal rulings on the subject is “as clear as mud.”

“You could try to get creative in applying the Reindeer Rule and broaden the usual display,” Shaw wrote. “There isn’t true guidance of what that looks like or what would satisfy a particular court to stay out of trouble with constitutional issues.”

Before Schor began pushing the issue, the Capitol Commission had not consider a menorah display. Susan Herman, the then-director of the Michigan Jewish Conference, opposed its placement on the grounds that it was an inappropriate mix of church and state.

But attitudes have changed. Rahbi Asher Lopatin, executive director of the Jewish Community Relations Council of Metropolitan Detroit and the American Jewish Committee, told me two years ago, “We should get equal rights.”

“If there’s going to be a Christmas tree — and it’s a wonderful, beautiful Christian symbol — we should be able to put up a dignified Jewish symbol, as well,” Lopatin said.

Is the risk worth the potential headache? The current thinking on the commission appears to be no, but as history has shown, that could change.