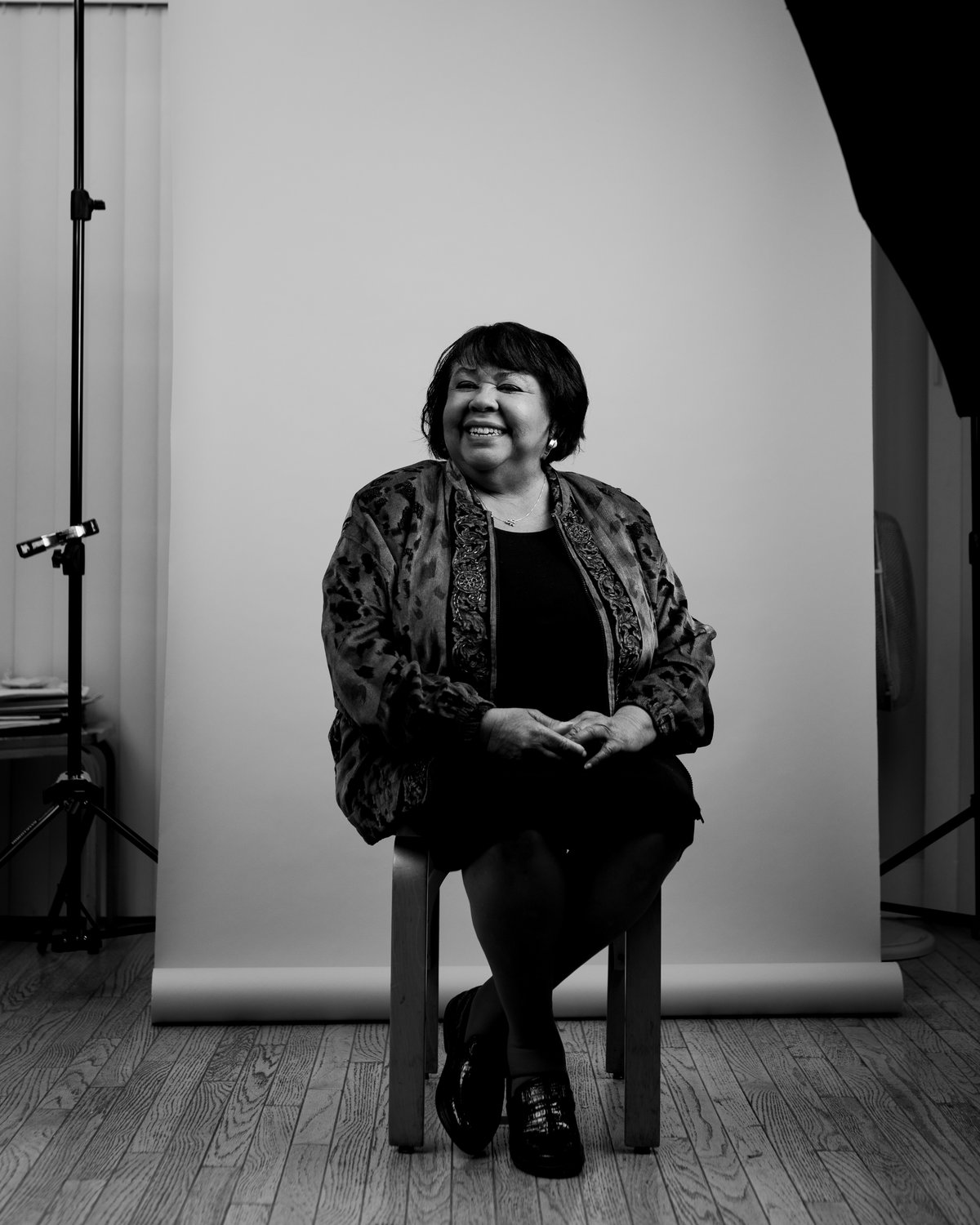 Barbara Roberts Mason, 82, was born in Detroit and graduated from Michigan State University in 1963 as a speech therapist. She was the first African American woman elected to a statewide post as a member of the state Board of Education. Active in local and national politics, she seconded the nomination of Geraldine Ferraro for vice president at the 1984 Democratic National Convention. She directed Lansing’s Sister Cities program for many years and was a founder of the Black Child Family Institute. She lives in Dimondale.

What motivated you to join all the professional and political groups listed in your bio?

Being involved started with family. Growing up in Detroit, my family didn’t have a lot, but we were into sharing. We shared everything, including food, but I also believe sharing goes beyond just bread. You have share your emotions, your feelings, your goals and ideas to make the world better.

How did you do that?

While at MSU, I took on a project where I communicated with people across the country. This was before the internet, so I made phone calls and wrote letters. I knew what was happening across the country and found out what other people were doing, especially relating to programs serving children and families.

Why did you decide to be a speech therapist?

When I was a little girl, I had a lisp, so I was put in speech therapy. The speech therapist gave candy bars as prizes, and I loved her. As I reflect back, I know speech therapy made a difference. Without it, I wouldn’t have been able to stand in front of thousands of Democratic delegates and nominate Geraldine Ferraro for vice president in 1984.

I began work with the Lansing School District as a speech therapist at 30 different schools. I came to believe that mainstreaming and inclusion was the best path and began working with (special education director) Marvin Beekman, who believed mentally impaired students should not be served separately. I also learned there was a disparity between educational opportunities when it came to poor, African American and Hispanic neighborhoods

You then transitioned to your career with the teachers’ union.

When I began working, I wouldn’t join the Michigan Education Association. They had very few minorities on staff. We really had to fight to get on the radar. But I discovered I couldn’t address the MEA board unless I was a member, so I joined. In 1971, I was hired as the Lansing Schools Education Association executive director, and we saw some real changes in getting a more diverse staff and better education for minority children.

Was that a catalyst to be a candidate for the state Board of Education in 1974?

I didn’t even think about being a first. I thought what was important was being in a position to make changes in school policy. When I decided to run, I wasn’t well known, and I traveled to all parts of the state to find out how people felt about education. I served for 24 years, and the position got me deeply involved in state Democratic politics. I tell people you never know where life is going to take you. I ended up on the National Democratic Committee and the Platform Committee, where I got to present the education platform at the National Convention and later nominated Geraldine Ferraro.

When I was a little girl, I would lie on my parents’ bed and stare at the linoleum, which had little sailboats on it. I dreamed I was on those little sailboats, going all over the world. It stuck with me. That’s where I attribute my interest in exposing children to international travel, and it would lead me in a whole new direction. International travel changes your life, and I believe that children have to know that the world is larger than the street they live on. The value of international travel and languages is how we learn to understand different cultures. I was able to take that love and become the director of the Sister Cities Program for the city of Lansing.

Of all your accomplishments, what are you most proud of?

The establishment of the Black Child Family Institute. It still exists after 35 years (now called Building Child and Family Initiatives), and its impact remains for hundreds and hundreds of kids. I still run into adults who come up and say, “I’m a BCFT kid.” I still remember a slogan from speech therapy: “Good, better, best. Never let it rest. ‘Til your good is better and your better is best.” That’s my advice to the next generation.