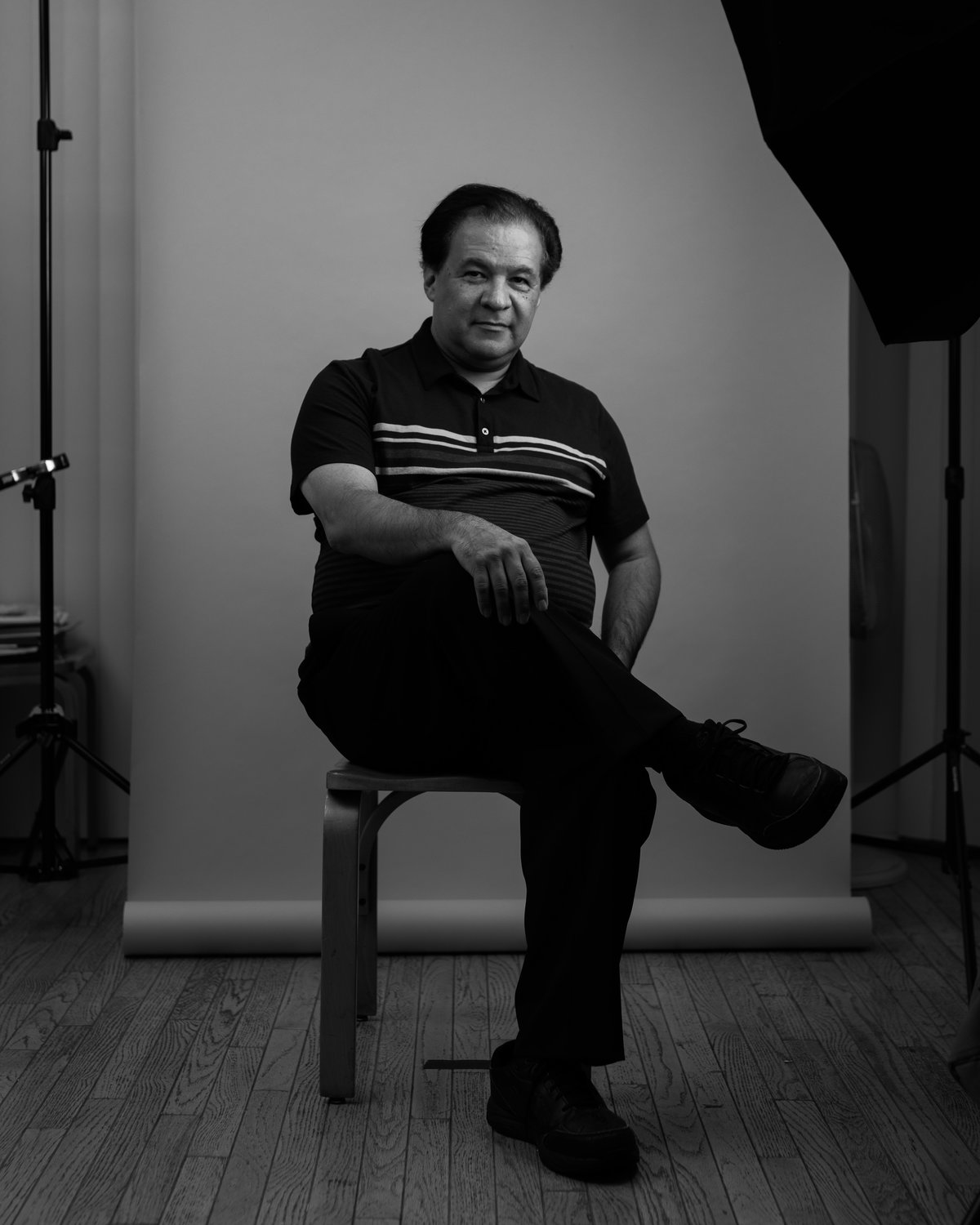 Born and raised in the Lansing area, Sein Paul Benavides, 57, founded the Cafecito Caliente Group in 2012 to create community and unity within the city’s Hispanic population. As the organization’s leader, he hosts events such as Latino Day with the Lugnuts, the Running La Vida Loca 5K race series and the upcoming first Cafecito Caliente Awards ceremony to honor community leaders. He also helped start the Mid-Michigan Latino Leadership Network and writes all of the articles for Cafecito Caliente’s website.

What do you do for a living? Is Cafecito Caliente your full-time job?

I guess going forward, most people know it by Tasty Freeze, but it’s called Arctic Corner ice cream shop in Old Town. Cafecito Caliente Group purchased the ice cream shop probably about a month ago, so this will be our first year. We usually operate between April and October, and this will be the 70th year of operation.

What made you decide to purchase the ice cream shop?

Me and the previous owner have been friends since we were about 20 years old. We started in the Domino’s Pizza management program together. I just retired from 36 years at the post office and needed a landing spot. We’ve joked about it for years, me buying it from him, and he couldn’t find a buyer. The big thing, to him, was finding a buyer who would keep it as is, and he trusted that I would. I thought it would be kind of fun. A way to do something different.

When I say “different,” here’s a great example of what we’re going to try: Most of the employees are kids. As we speak, we have 10 employees. I think, as of today, only two are 18. The others are 15, 16, 17. So, we’re going to offer life skills workshops — purely optional, they don’t have to take it if they don’t want to, it’ll be on the clock. I’m going to work with MSU Federal Credit Union to do a banking workshop. Feldman Chevrolet is going to offer how to buy a car — that way you’re not so scared when you walk into a dealership. I think the third one might be credit score, the fourth one is career choices. They’re going to be in April, May, June and July. If they attend both the April and May workshops, on May 31, we’ll cut them a check for $200. If they attend the June and July workshops, we’ll cut them another check, on July 31, for $200. We’re helping them out with life skills, better career jobs, so I know they’ll move on, but it’s also kind of our way of giving back a little bit. I used to run youth programs for years, so for me, that was kind of important.

What are your goals for the future of Cafecito Caliente?

If we had one goal, it would be to provide services. Workshops. There’s a model down in Lubbock, Texas, I’ve been following closely. The way to look at it is almost like a virtual community center. I don’t think we need the building to do it. But I do believe we need the workshops, and we have the people — we have the talent — to run workshops on finances and financial education, health and wellness, computer literacy, literacy itself. We tried a pilot in 2020 for teaching Spanish with a Spanish teacher. I’m following a model down in Tennessee in which people are teaching people how to teach Spanish. Very unique.

How can non-Latinos help support the community?

I think just meeting us where we’re at. I get a lot of hits on my website from companies and organizations in Ingham County and out of state that want access to the Latino community. If they want to get involved, they want to support us, show up to some of the things that we do. Not just the Cristo Rey Fiesta once a year and hope that you build a relationship in one weekend because you buy our food.

Do you have any goals, in general, for the future of the Hispanic community in Lansing?

For future goals, I would say it would be that we learn that the differences make us stronger. We’re not monolithic. We have a small-sized Cuban community, Puerto Rican, a growing Guatemalan community, and, of course, Mexican-American, then we have the community from Mexico, and none of these groups overlap. The funny thing is that many of us in these communities are friends. We all work together anyway. You can talk about world peace and unity and all that, but they need to show up. 2024 is going to be key, because we have an election coming, and we should have been ready for that this year. We need to get our people registered and voting. Too many people look after the fact, and you have to start looking down the road.