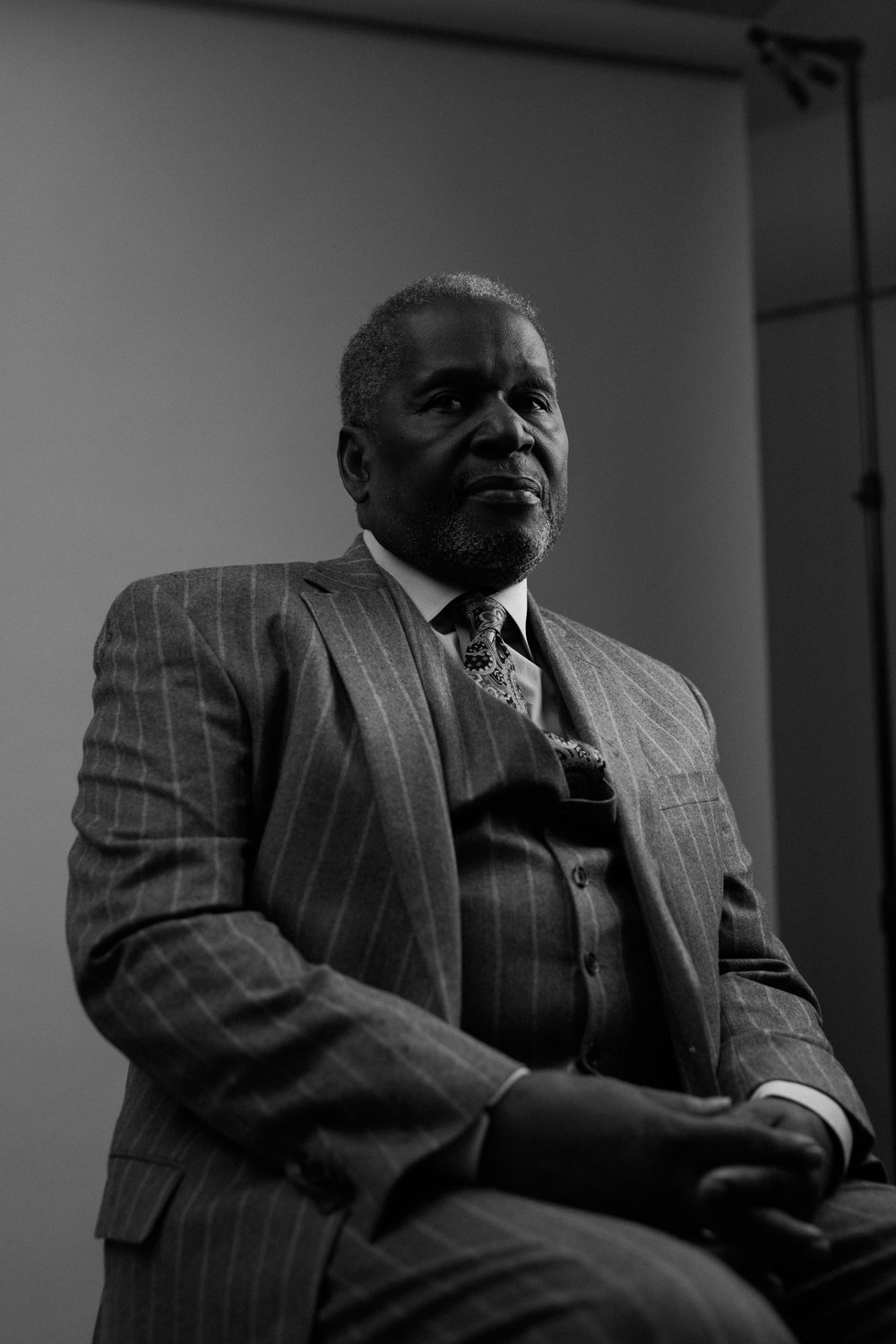 Eugene Cain, 79, a descendant of slaves, is a retired deputy superintendent of the Michigan Education Department. He was also the first administrator of the Shabazz Academy.
Khalid Ibrahim
Posted Thursday, January 19, 2023 12:01 am
Eugene Cain
Khalid Ibrahim
Todd Heywood

Eugene Cain, 79, a descendant of slaves, is a retired deputy superintendent of the Michigan Education Department. He was also the first administrator of the Shabazz Academy. Originally from Alabama, Cain migrated to Michigan to attend Wayne State University, where he discovered his passion for education. He is also a collector of art from communities of color around the world.

You grew up in the South. Please tell me about that.

At about 3 or 4 months, I was sent to live with my grandparents, who were sharecroppers, and that basically served as the foundation for me about life. About the need to learn — especially how to read and how to write and how to do, as they said at the time, arithmetic.

Papa Mama was my great-grandmother, who was a former slave. Occasionally her contemporaries, two or three ladies, would be dropped off. They were always sitting on the shady side of the shack; and it was a shack:  bed made of straw and the walls papered with newspapers. I didn’t realize the importance of my great-grandmother and my development until one day, sheand, I think, two of her contemporaries who were former slaves — she called me boy — said, “Boy, come here. Grand boy, come here I got something to tell you. You see the creek down there? That’s where we used to wash the Bluecoats’ (Union soldiers) clothes and cook for them.’’ Later on, when I became very involved in history, I realized that I was learning a piece of history from a person who actually lived that history.

My parents came and sort of picked me up when I was about 4 years. Actually, I thought my grandparents were my mother and father. I call them Mama and Papa. My mother would come from Birmingham occasionally, and she would always bring not gifts, but toys and stuff, so I just knew her as a toy lady. When I reconnected with my family, it was my older sister who was like, “Hey, that’s you’re a real mother and father.” She was the one who thought it was important for me to learn my ABCs. When I went to school in first grade, I could read, write and what have you. It was something that my big sister taught me.

We would go back [to the shack] during the summer.

I liked going to the store with Mama. We had walked. It was a hot — she had her parasol — and we walked. She’s holding my hand, and so we get outside of Hegler’s store in Hope Hull, Alabama, and she would squeeze my hand, and she said, “Boy, say, ‘Yes, sir’ and ‘No, sir.’”

I guess I was about 7 or 7 at the time and I was at the meat counter and I was trying to pronounce this word: bow-log-nah. Then old man Hegler, the store owner, said to my grandmother, “Kizzi, can that boy read?”

He said, “Good, because you know we don’t allow niggers to read down here.”

That was very powerful because I knew I had to learn how to read and I knew how I had to be good.

How did you end up in Michigan?

It was the summer of 1965. I applied for a job sweeping floors at Kress (a five-and-dime department store). I went in and they had, I think, four openings. There was a lady and two segregated lines. There must have been about seven Blacks. We were to the left of her, and she had about four whites. She would talk to each one, she’d write down information, they would leave. Then when the last one left, we’re standing there in line and she said, “Boys, application period is over.”

I moved to Detroit with my aunt and uncle. It was a multiracial community, although the white community was leaving and Blacks were moving in and my aunt and uncle were purchasing their home. That was a good experience for me. For the first time, I lived among white folks.

Help me understand what you have learned over nearly 80 years from having a great-grandmorther who was a slave, through to where we are today, where we’ve had a Black president, then we had Trump.

W.E.B DuBois, one of my heroes, has said, I tend to judge progress and my reflection and what have you on where I am, where I’ve been, on the progress of people who look like me.

I think that there has been some progress, no question about it.

I lived through (Alabama Gov. George) Wallace standing in the doorway to see the night Obama was elected. As I got feedback from my classmates in terms of what their children were doing, I knew that we were going in the right direction.