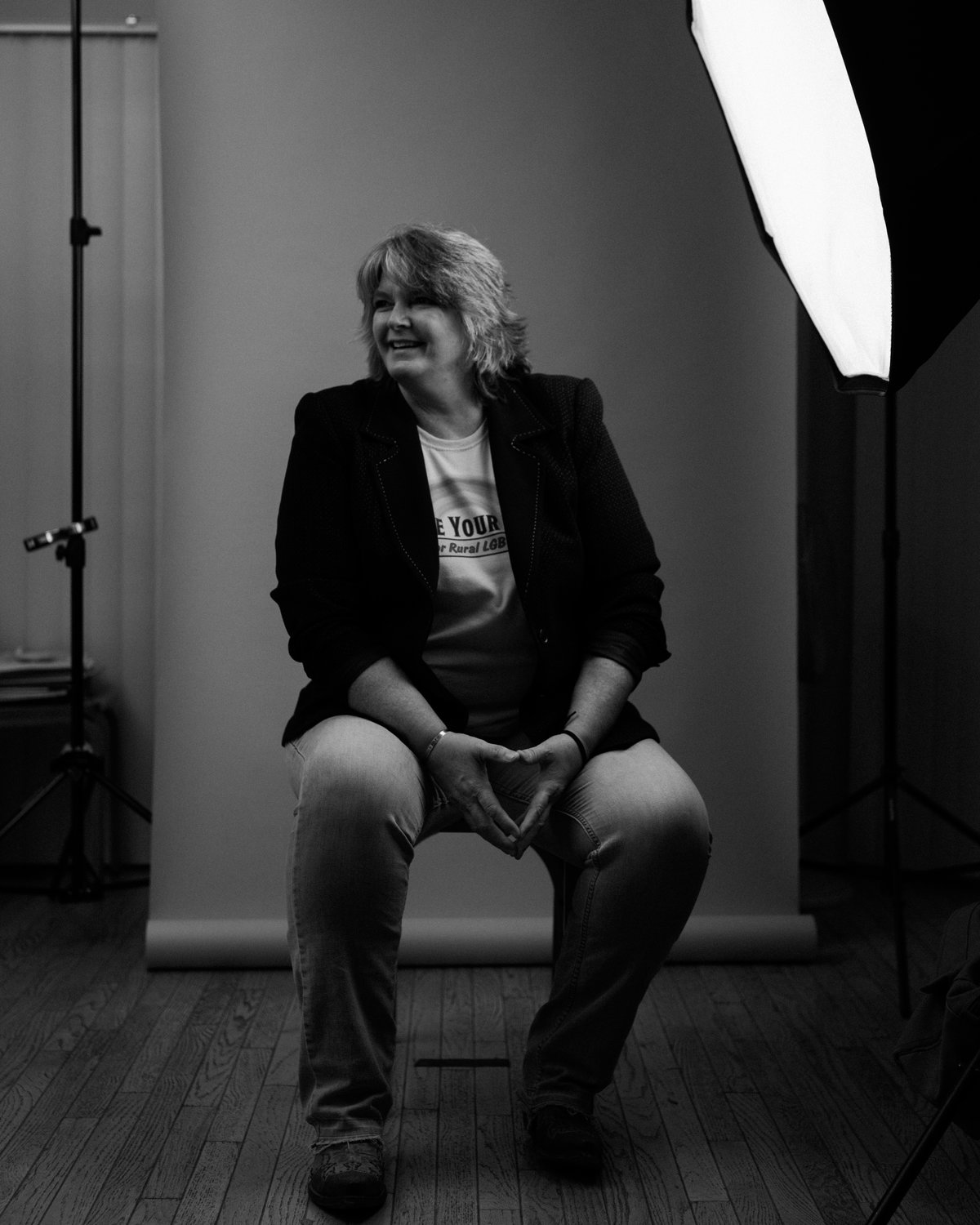 Growing up in rural Vermontville, Christine Terpening, 52, was a rodeo queen and athlete. After coming out as a lesbian , she realized that kids like her needed a space where their identity was affirmed, so she started I’ll Be Your Rock, a support organization for rural LGBTQ youth.
Khalid Ibrahim
Posted Thursday, January 19, 2023 12:01 am
Christine Terpening
Khalid Ibrahim
Todd Heywood

Growing up in rural Vermontville, Christine Terpening, 52, was a rodeo queen and athlete. After coming out as a lesbian , she realized that kids like her needed a space where their identity was affirmed, so she started I’ll Be Your Rock, a support organization for rural LGBTQ youth. She also owns a small printing business, Happy Suz & Co. In her free time, she paints.

You only recently came out as lesbian, but you’re 52. Tell us about that process.

I grew up knowing that I had something that was a little different about me, but I grew up in the ‘70s, and I really couldn’t put my finger on what it was. What I knew about gay people around here was they were picked on, and it was just not the thing to be. So, I grew up thinking ‘what if this is me?’ and I remember having some very dark feelings. As I got older and I finally figured out exactly what it was, I was married to a wonderful man.

I had extremely wonderful children, and by then I had built this big, wonderful, beautiful life, and I tried to bury this for a long time. The more you try to bury it, the more it tries to dig its way out. At 44, my life just fell apart all of a sudden, and I just couldn’t bear it anymore. It was a difficult, long road.

But when I got to the other side of it, I realized a lot of things I thought in life were wrong. I had to turn around and help other people not feel that way, especially kids in this community, and that’s kind of what led me to I’ll Be Your Rock.

Vermontville is not well known for being LGBTQ-friendly, yet you chose not only to come out there, but to remain there. Why?

Over the years, I’ve known lots of people that have had to move away or felt they had to move away from Vermontville to be who they are. That’s one thing I want to change: Nobody has to leave their home. I trusted the people that I was raised around. I trusted the people that my kids have gone to school with. And it turns out I was right. Not that there haven’t been some bad apples, but support from this town has been overwhelming. It was the perfect place to start a rural revolution, and I’m making these kids know that their hometown is a place where they can be who they are.

The father to my children is and always will be one of my very best friends. We will always be these kids’ parents together. We will be seen in pictures together. He’s truly one of the best men you’ll ever find. I’ve got the three best kids. I do. My daughter has been my rock. She has known for many, many years. I couldn’t sing Josey’s praises enough for that. It was scariest to tell my boys, though I don’t know why. I think it’s because mothers and daughters are very close. I’m close with my boys, but we talk about Future Farmers of America and raising hogs and airplanes. I was scared, not because I didn’t trust them, but because those are the ones that are the hardest to lose. They took it beautifully. They’re good boys.

How has coming out changed your perspective of Vermontville? There are stereotypes of rural communities being anti-LGBTQ.

It strengthened it. I would definitely agree with that, because when I first made a social media post about starting I’ll Be Your Rock, that meant coming out publicly. It was me saying it for these kids — if they need a rock, if they need to know one openly gay person, I am that person. I was overwhelmingly received with love. There’s a lot of silence. It’s such a small community that I know everybody, and sometimes silence speaks louder than words.

These kids need all of us. I’ve known so many gay people over the years who have died from circumstances surrounding a life that is lived in secret.