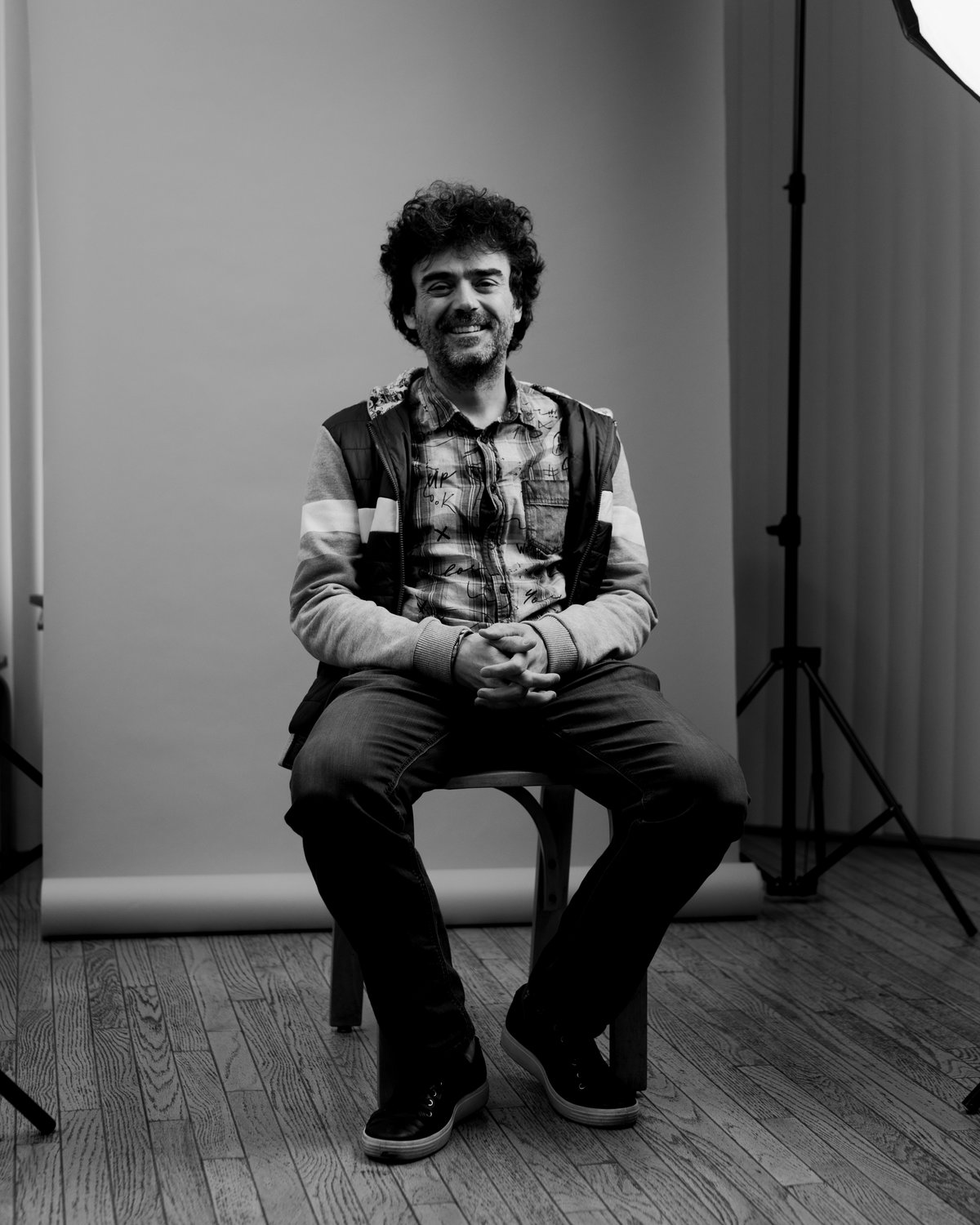 Born and raised in the small town of Buñol, Spain, Octavio Más-Arocas is starting his third year as the director of orchestras at MSU. He brings a fierce energy, bold programming and soulful charisma to the podium and relishes his other job as music director of the Marquette Symphony in Michigan’s Upper Peninsula.

It’s a big jump from sunny Spain to Lansing, let alone the Upper Peninsula, yet you have quickly taken root in the state’s musical life. You seem to have a special place in your heart for Marquette.

Marquette is very unique. Think of where it’s located. It’s so much easier to have an orchestra down here. You kick a stone and find a musician. That’s not always the case in the U.P. But the support of the community is incredible. I have another orchestra, the Mansfield Symphony in Ohio, and it’s really good, but the support of the community is not as good. Almost every concert in Marquette is sold out. They are so proud and so in love with that orchestra.

How are you received up there?

I love going to Marquette. Not only because it’s a beautiful place. We touch the life of the community in a broader way than orchestras do here. I love going to the food co-op there. The person putting my groceries away says, “I know you!” I go to a coffee place and someone says, “Oh my God, that piece you played, I loved it so much.” I climb to the top of Sugarloaf Mountain and this guy comes up to me with his friends who are visiting from California and says, “I need to tell you, last night’s concert was unbelievable. My mother came, and she was in tears.” They tell me stories about why it was so meaningful to them. That, I love.

What is your favorite part of conducting?

You’re with an audience of 1,000 people, 1,000 separate lives leading to this moment. They could be doing other things. They might be having a fight with their spouse, a death in the family, losing a job. They might be hating their neighbor, and their neighbor is there too! They might be mad about the situation in the world, politics. But there is something that brought them together. That’s you. The music, the concert. That’s really human. All of us coming together to listen to music.

What does it feel like to be in the middle of all that energy?

When you are really connected to what you are doing, if you give your soul to what you are doing, the orchestra gets it from you. All of a sudden, there is this communion between you, the music, the orchestra and the audience. Not all the time, but there are moments when I feel we are all together. I don’t know how to explain the feeling, whether it is tension or relaxation, but there is something in the hall, a feeling that comes to me, even if I don’t see the audience. That is something really special.

All of your orchestras are bringing new and exciting music to listeners. At the Feb. 12 MSU Symphony concert, you’re performing two major works by female composers, Stacy Garrop’s “Krakatoa” and Jessie Montgomery’s “Soul Force.” You’re doing a new marimba concerto by Ney Rosauro in Marquette Feb. 25. When you say that new music has to be “done right,” what do you mean?

You can’t just put it there. It’s how you perform it, how you give yourself to the music. I pick music I really think deserves to be heard because I connect with it. The audience will never enjoy new music if the conductor or the orchestra is doing it because they have to. The musicians have to believe in the music: “Hey, this is wonderful. I love it, and you’re going to love it.”

You’ve already got a long resume of conducting jobs. Where does MSU fit in?

I came to this country as a student, to do my master’s degree. I worked both here and in Spain for a few years, and then I went to Interlochen for four years. I didn’t know how good it was. I should have been more terrified! Then we moved to Wisconsin — Lawrence University — then to Ohio, then Ithaca College, then here. All those experiences led me to this position, and now it’s time for me to dig in and build.

I do miss Buñol. I miss Spain. My family and friends are there. It’s been three years since I’ve gone back, because of the pandemic. But this is like my second home.  We bought a house in Haslett, and that is very meaningful. We are rooting here, making friends, and we love Michigan.