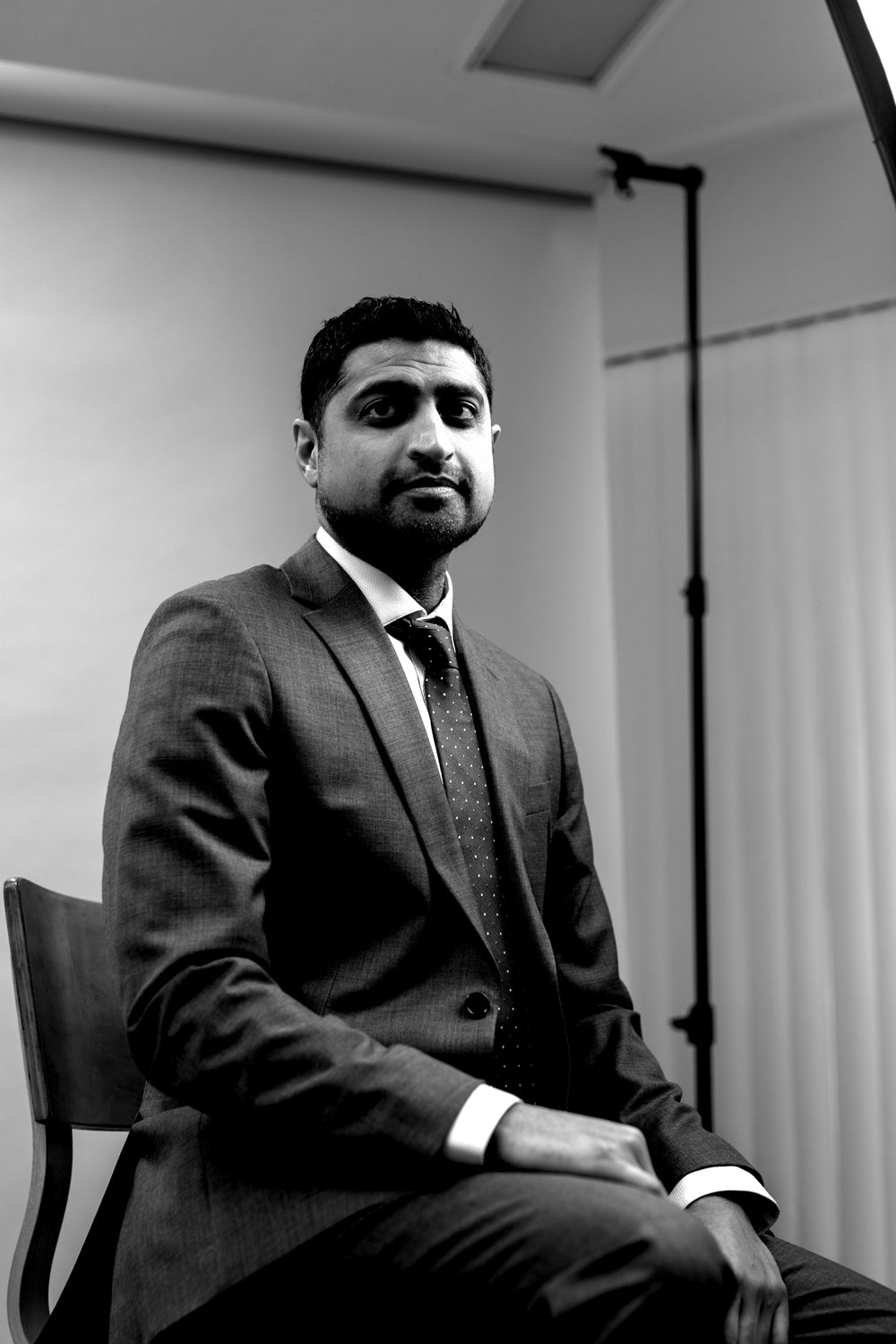 Farhan Bhatti is medical director and CEO at Care Free Medical, a nonprofit clinic on West Saginaw Street in Lansing that serves over 13,000 uninsured and underinsured people each year. Since the clinic’s founder, Barry Saltman, designated Bhatti as his successor in 2015, Bhatti is credited with tripling the size of the clinic and broadening its services. He is on the board of the Committee to Protect Medicare, an advocacy group.

How did you end up in Lansing?

My government teacher at Rochester Adams High School, Greg Clevenger, invited me to a program where high school students from across Michigan come to Lansing and use all the facilities used by the real legislators. We write bills, see the committee rooms and go to the House or Senate floor and debate there. It’s called Michigan Youth in Government. I did it for three years, and it was a lot of fun. That program was my first taste of Lansing. My big sister went to U of M, so I thought I might end up following her to Ann Arbor, but I just felt more comfortable in East Lansing. Everybody had a thousand reasons I should go there and ways they could help contribute to my success. When I went to Ann Arbor, the attitude was like, ‘If you don’t want to come here, we’ll find somebody that does.’ So, I ended up at MSU, and I’m glad I did.

How did you become involved with Care Free Medical?

I was a little frustrated with the first two years of medical school, basically just reading books. At the end of my first year in medical school, I took an elective class, Leadership in Medicine. Dr. Barry Saltman gave a guest lecture in that class. He had started Care Free Medical about four years earlier.

I volunteered right away. It was a good outlet for me to interact with people, practice my physical exam skills and feel like I was actually on my way to becoming a doctor. I had a minimum of six years left of training, but Dr. Saltman said, “I see a lot of myself in you. How would you like to have this place someday?” It was very touching, a great honor. He was like the grandpa that I never had. My mom’s dad passed away before I was born, and my dad’s dad was in Pakistan most of his life and didn’t even speak English.

You testified in October 2020 at the Senate confirmation hearings for then-Supreme Court Justice nominee Amy Coney Barrett, telling senators about the harm that would result if the Supreme Court repealed the Affordable Care Act.

After the ACA passed and Gov. Snyder worked in a bipartisan way for Michigan to adopt Medicaid expansion, that was a game changer. About 80 to 85% of Care Free’s patients have Medicaid. Before Medicaid expansion, over half of Care Free’s patients had no insurance at all. For many of them, it was the first time in their adult lives that they were going to get health insurance.

What would have happened to Care Free Medical if the ACA had been repealed?

In addition to being a doctor and running Care Free Medical, you’re an elected member of the Lansing School District Board of Education, you serve on the city planning board and you’re an elected spokesman for the Islamic Center in East Lansing. How do you keep your energy up for all this?

Somewhere along the way, I ended up meeting my wife, Roohi Kahlon, who is also a family doctor. She was a great sounding board and a support during COVID, because she was experiencing all of the same stuff — the misinformation and the other challenges. We now have a 10-month-old baby daughter, Zainab, so a lot of my free time is spent enjoying that age. It’s a great age, crawling and babbling and so on. I’m a Muslim, so finding comfort and solace in my faith is one way that I can recharge. Also, I’m a huge Spartan, and I find a lot of enjoyment and distraction in Spartan football and basketball. Even in the off-season, following who they’re recruiting and all of that is a great outlet for me.