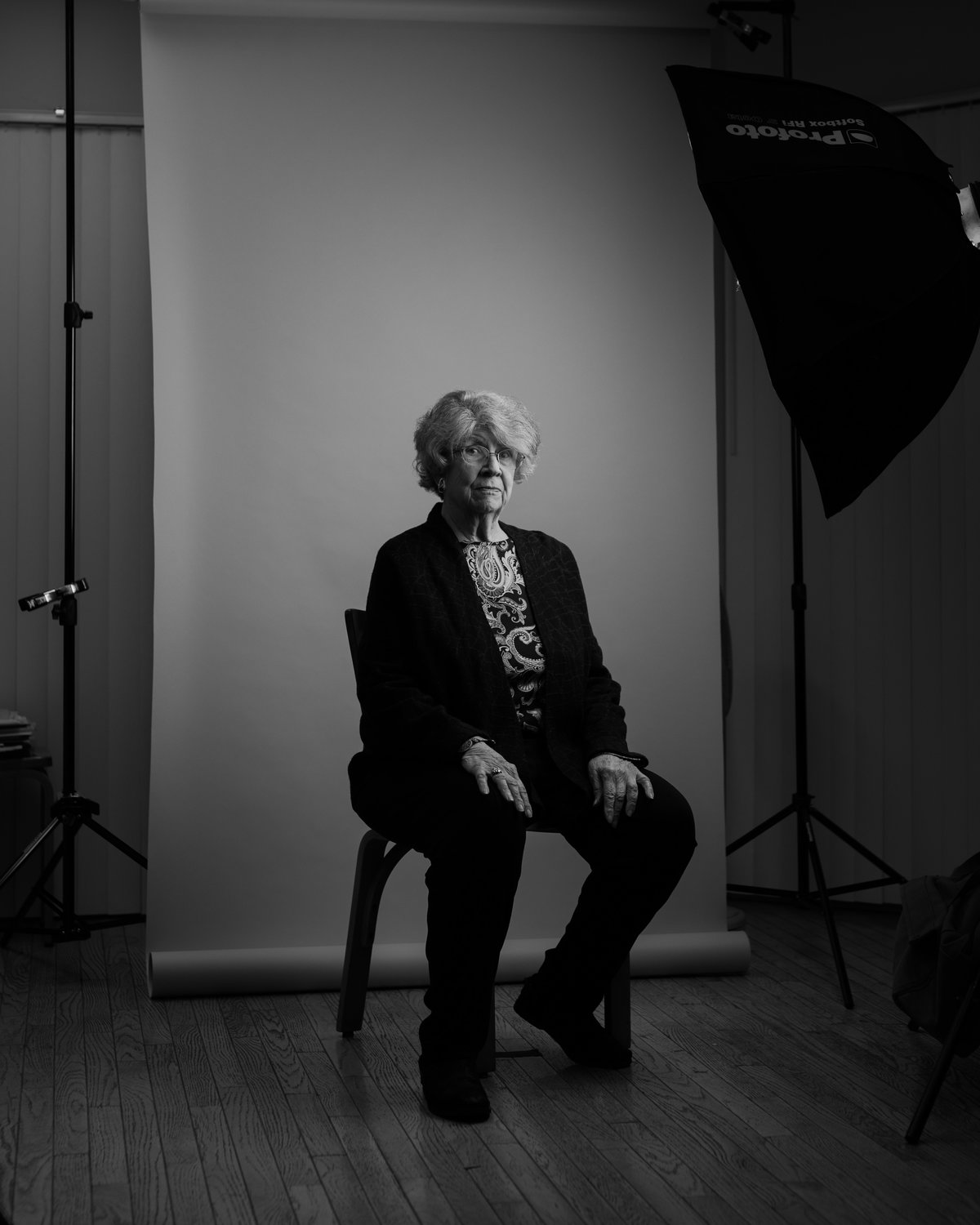 Elizabeth Homer, 80, of Lansing, was born in Flint and raised in Imlay City. She graduated from the University of Michigan in 1964 and shortly after began teaching. She soon became involved in Democratic politics and dedicated her career to working for equality for women, including the implementation of Title IX legislation.
Khalid Ibrahim
Posted Thursday, January 19, 2023 12:01 am
Elizabeth Homer
Khalid Ibrahim
Bill Castanier

Elizabeth Homer, 80, of Lansing, was born in Flint and raised in Imlay City. She graduated from the University of Michigan in 1964 and shortly after began teaching. She soon became involved in Democratic politics and dedicated her career to working for equality for women, including the implementation of Title IX legislation. Later she was the education director of the Women’s Hall of Fame and director and curator of the historic Turner Dodge House in Lansing. She wrote a book on the Turner family called “Pioneers, Reformers and Millionaires.”

You’ve been fighting for equality and a voice for women since you graduated from the University of Michigan. How did you first get involved how did that set your trajectory for your entire career?

After I graduated from college in 1964, I was a teacher for three years in California and one year in Alma before moving to Milford, Michigan. There I became involved in the local Human Relations Council and began working with Erma Henderson of Detroit (a member of the Detroit Common Council) on red-lining issues. I also became involved in grassroots Democratic politics. That led to becoming a Democratic precinct delegate and a member of the Democratic State Central Committee.

In 1968, my sister, who was a student at Wayne State, came to visit. I told her about the work I was doing in Milford and with the Red Lining Coalition. She said, “What about women?” I looked at her with the sensation of a slot machine when all the items rolled into place. That was what Gloria Steinem, editor of Ms., called the “Big Click.” We went to a meeting to hear Betty Friedan speak and joined the National Organization of Women.

In about 1968, I went to the state Democratic convention in Grand Rapids. When a woman nominated a woman for the position of Democratic chair, the men went crazy and stood up on chairs booing the motion and yelling, “Never!” That was when we decided to form a Women’s Caucus, and I became the spokesperson and began working to open the Party to women and minorities.

When Title IX passed, were you involved in its implementation?

I went to work for NOW and its National Legal Defense and Education Fund for six years, where I did organizing and consulting with local groups. It was there I learned the power of research and the need to educate-educate-educate. That was from 1972 to 1978, and I also consulted with State Council for Vocational Education about opening opportunities for women in the trades. One of our slogans was: “Don’t Train Girls to Be Poor.”

Where did your newfound skills take you next?

I began working with the Michigan Department of Labor and the Private Industry Councils (which oversaw local job training programs) to put women into higher-paying jobs.

In 1987, you became the education director for the new Women’s Hall of Fame in Lansing. How did that fit in with your activism for women’s rights?

It was the first-time women were recognized for their accomplishments, and I did all kinds of exhibits at the Cooley Haze House (Hall of Fame’s then-home) on women in Michigan history and feminist issues. I stayed at that job until 1996. We had annual celebrations for women inducted into the Women’s Hall of Fame. I basically became the curator for the Hall of Fame, and that led me to my next job as manager of the city’s historic Turner Dodge Home. During that time, I learned how active the Turners, who were pioneers in the city, were in the national political issues like the abolitionist movement, the Women’s Christian Temperance Union and the women’s right to vote, which were all tied together.

You wrote a book on the Turners.

It was a natural outgrowth of my time at the Turner Dodge home. I deeply researched the family history, which had never been told, and after six years of researching and writing I published “Pioneers, Reformers and Millionaires,” which was a history of the mid-Michigan pioneers.

Of all your accomplishments, what are you most proud of and what is your advice for young women today?

It would have to be the implementation of Title IX. It dramatically changed the life of young women and has improved their political, social and economic state. The most dangerous issue facing women today is violence against women. We only have to look at sexual harassment, pedophilia and human trafficking scandals to know that women are still never safe. If women want to make changes, today, it’s important for them to join organizations supportive of women’s rights. I learned the only way to have a voice is working together and to think of systemic long-term change. Another piece of advice is young women should take assertiveness training.